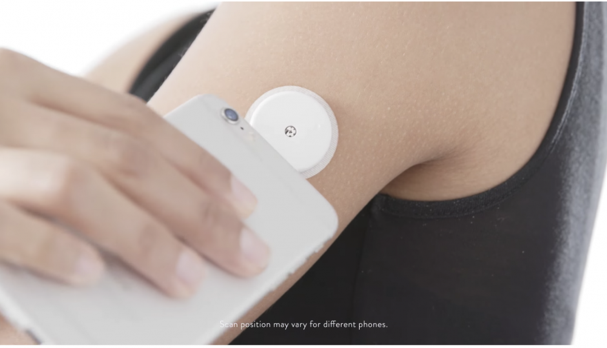 By Jimmy McDermott and Maeve Serino

FreeStyle LibreLink app allows FreeStyle Libre users in the US to obtain a real-time glucose reading directly on their iPhone. Plus, LibreLinkUp now available for caregivers to remotely monitor glucose and trends

Editor's Note: This article was updated on April 16th, 2019 with the availability of LibreLinkUp in the US.

Since Medicare’s updated policies on smartphone CGM use, we presume that FreeStyle LibreLink will also be allowed for Medicare beneficiaries as well.

Features of the FreeStyle LibreLink App

Similar to the reader, we love that the FreeStyle LibreLink app includes CGM data reports right in the app (e.g., time-in-range, patterns), rather than having to download a separate app or go to a web portal.

The FreeStyle LibreLink app does not communicate continuously with the sensor or offer alarms – the sensor must be “scanned” at least once every eight hours to obtain a real-time glucose reading and recent history (the sensor can store up to eight hours of data). This differs from other CGMs that automatically send real-time glucose data directly to your smartphone (Dexcom’s G6, Senseonics Eversense, Medtronic’s Guardian Connect). 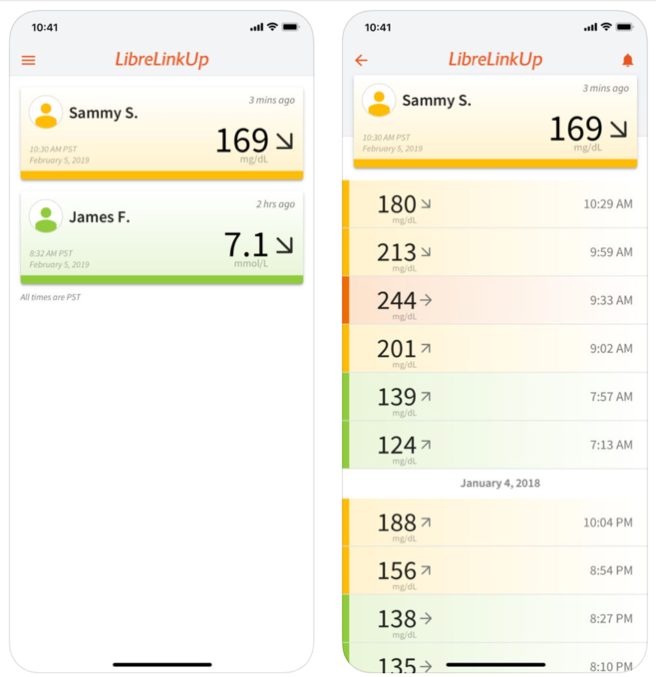 With the recent FDA approval, FreeStyle LibreLink users in the US and Europe can now share glucose information with caregivers using LibreLinkUp, the remote monitoring app. The person with diabetes scans a FreeStyle Libre sensor with his or her own FreeStyle LibreLink iPhone app, allowing the caregiver to remotely view the current glucose and trend within LibreLinkUp. Similar to Dexcom Share, users must invite loved ones to follow their glucose levels. But unlike Dexcom Share, LibreLinkUp does not allow caregivers to see the glucose graph – only the current value and trend (like a logbook of recent scans, see photo).

Watch this video produced by Abbott to see several of the FreeStyle LibreLink app’s features and appearance: