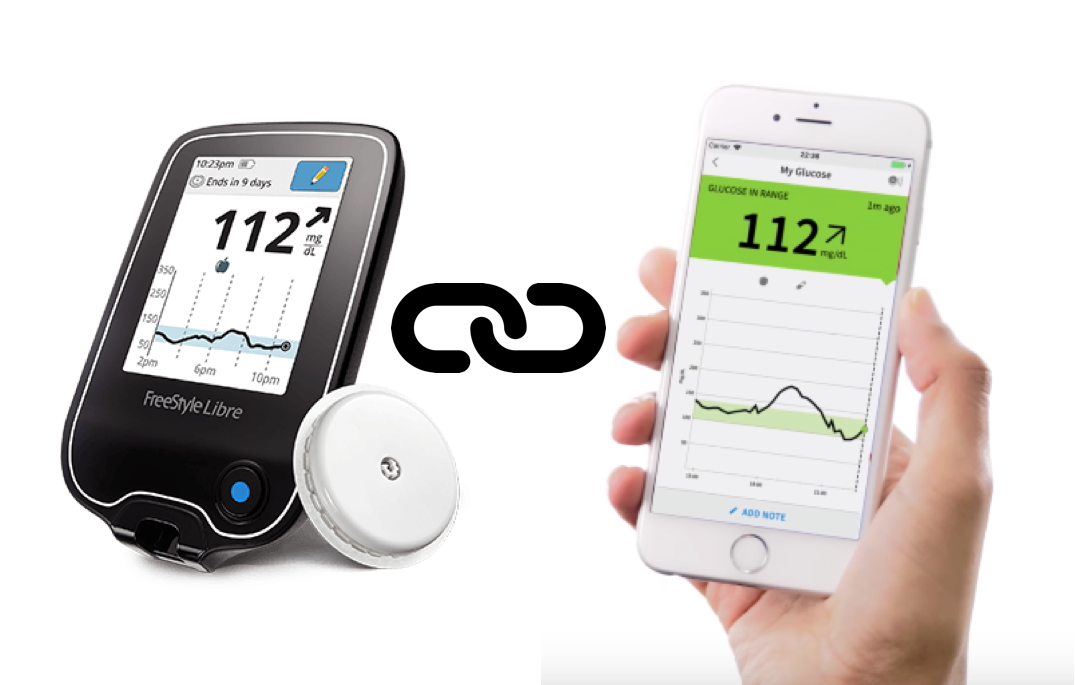 Abbott just launched its FreeStyle LibreLink app; it’s now available in 12 European countries (see below!) on the iPhone 7 or later and Android phones. FreeStyle LibreLink allows FreeStyle Libre continuous glucose sensor users to read their blood sugar data directly on a smartphone – no separate handheld reader device required. Just like the current reader device, the app allows users to start a new sensor and to obtain a real-time blood sugar reading and trend arrow at any time by “scanning” the sensor (i.e., holding the phone within a few inches of the on-body patch).

How does the LibreLink app work?

Watch Abbott's video above to get a look at the app’s features and appearance. “Scan, reveal, connect.” That’s pretty much it! A particularly cool feature is that the app displays blood sugar levels in the context of activites that users can enter, allowing more information on how certain activities impact diabetes management.

Where can I get the new app?

FreeStyle LibreLink is free and can be downloaded from the App Store or Google Play in Austria, Belgium, Finland, France, Germany, Ireland, Italy, Spain, Sweden, Netherlands, Switzerland, and the United Kingdom.

Abbott does plan to expand the launch globally, but has not shared specific timing details for FreeStyle LibreLink’s availability in the US or outside of Europe.

Anticipation is high, judging by these comments to Abbott’s Facebook reveal of the FreeStyle LibreLink app: 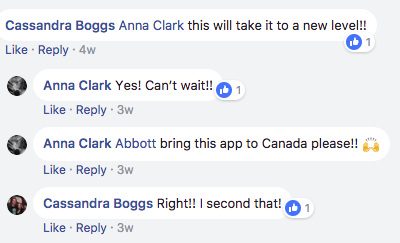 What are the new features?

FreeStyle LibreLink can either replace the FreeStyle Libre reader or be used in combination with it. If you want to toggle between the two, you must start a new sensor with the reader (not the app).

With this app’s launch, Abbott has also added some improved features over the reader:

The app also lets people share their data. Users can manage their glucose data and share it with healthcare providers through the cloud-based LibreView platform, while a companion app, LibreLinkUp, lets family members or caregivers to remotely monitor the wearer’s blood sugar data. LibreLinkUp is available in the same 12 European countries as FreeStyle LibreLink.

For more information about how FreeStyle Libre works and how it’s different from other continuous glucose sensors, read our 2015 test drive of the European version. If you’re in the US, get details about the launch last fall here.