Two Pills for Type 1 Diabetes Under US and European Review 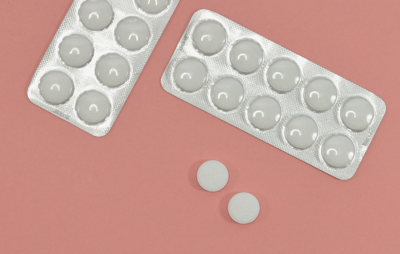 Farxiga and Sotagliflozin are the first pills to seek approval as add-ons to insulin for type 1; both bring strong time-in-range benefits, and if approved, might launch in 2019

For the first time, regulators are reviewing two pills as potential “adjunct” or add-on therapies for adults with type 1 diabetes to take in addition to insulin. The European Medicines Agency (EMA, European equivalent of FDA) is considering Farxiga, an SGLT-2 inhibitor taken as a once-daily pill, while both the EMA and the FDA are looking at sotagliflozin,  an SGLT-1/SGLT-2 dual inhibitor that does not yet have a commercial name. Reviews generally take about a year, meaning that Farxiga and sotagliflozin could be approved in the first few months of 2019.

These medications can’t replace insulin in type 1 diabetes care. But they do usually lower insulin dose requirements while helping to reduce highs and lows and contributing to weight loss.

Farxiga (dapagliflozin, or Forxiga in Europe) has been approved for type 2 diabetes since 2012 in Europe and since 2014 in the US. Sotagliflozin is new, and type 1 diabetes will be the first population in which it is used.

Both of these medications are taken as a once-daily pill and work independently of insulin: glucose is released through the urine when blood sugars are high, and then the drugs stop working when glucose levels come down.

Results from recent trials suggest that there are multiple advantages to using SGLT-2 or SGLT-1/2 dual inhibitors along with insulin in type 1 diabetes. The study that evaluated Farxiga for type 1 (named DEPICT 1) showed that participants:

Farxiga and sotagliflozin have not been tested against each other in a “head-to-head” study, so it’s not possible to directly compare the results from the studies mentioned here. But both drugs seem to have the same kinds of effects: lower A1c, fewer highs and lows, and modest weight loss.

There is some concern about diabetic ketoacidosis (DKA) with the use of these drugs in people with type 1 diabetes. Since SGLT-2 inhibitors lower blood sugar independent of insulin, people taking them often need smaller insulin doses. However, reducing insulin doses too drastically can be one cause of DKA.

Fortunately, the DEPICT studies showed that only 1-2% of people on Farxiga experienced DKA, which was similar to the 1% of people in the placebo group. Participants and clinicians in these trials were instructed that they should not lower total daily dose by more than 20%. This guideline may have been helpful in reducing the risk of DKA.

The inTandem3 study, by contrast, showed that DKA was more likely with sotagliflozin: 3.0% of those taking the drug experienced DKA, compared with 0.6% of those on the placebo.

Most of the time, DKA occurs at very high glucose levels (e.g., above 250 mg/dl) with a blood ketone measurement above 3 mmol/l. However, people with type 1 diabetes on these new drugs sometimes go into DKA at a normal glucose level (e.g., 150 mg/dl). This is called “euglycemic DKA”, and both people with type 1 and healthcare providers are often unfamiliar with it or how to treat it. However, with education, access to ketone meters, and close monitoring, the risk of DKA should be manageable in the real world. Two popular ketone meters are Abbott’s Precision Xtra and the Nova Max Plus. Ketones can also be measured with low-cost urine strips.

People with type 1 diabetes eating fewer carbs per day (e.g., less than 60 grams) may experience “nutritional ketosis,” which is generally considered a ketone level up to 3 mmol/l. Higher ketone levels than 3 mmol/l may indicate DKA, especially if glucose levels are high and insulin has been reduced/stopped.

As of July 2019, AstraZeneca, the manufacturer of Farxiga, has received a Complete Response Letter from FDA for type 1 diabetes approval in the US. This means that for now, the medication is not approved for people with type 1, though AstraZeneca working with the FDA on next steps.