Can An Add-on Pill for Type 1 Diabetes Improve A1c and Weight Loss? 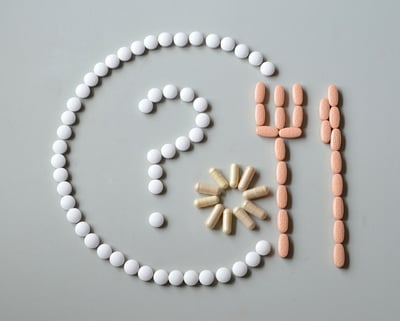 The DEPICT 1 examined the use of Farxiga, a once-daily pill (an SGLT-2 inhibitor) currently approved for treating type 2 diabetes but not type 1, while the inTandem3 study tested an SGLT-1/2 dual inhibitor, sotagliflozin, also a once-daily pill that has not yet been approved. While these studies are not meant to be compared to each other given the general lack of standardization in the world of trial design, they both add to the excitement about the possibility of adjunct therapies for people with type 1. Both studies reported A1c reductions and weight loss – great for the push to approve add-on therapies for type 1 – along with continued discussion about diabetic ketoacidosis (DKA). With these phase 3 trial results, the companies may now choose to submit the drugs to the FDA and pursue an “indication” for use in type 1 diabetes.

The pills are taken once daily and work independent of insulin, meaning they won’t require complicated dosing. Glucose is only excreted through the urine when blood sugars are high, and then the drugs stop working when glucose levels come down.

Jump to a section:

Notably, among participants who were using continuous glucose monitoring (CGM) – about one-third of those in the trial – measurements showed about 2-3 more hours spent in-range with Farxiga compared to placebo.

Given the promising results surrounding A1c lowering, weight loss, hypoglycemia, and time-in-range, there is hope that Farxiga will be approved as an add-on to insulin treatment for people with type 1 diabetes. The next step is to keep an eye out for results from DEPICT 2 and DEPICT 1 extension (longer follow-up on original participants) data.

inTandem3 looked at 1,402 people with type 1 diabetes. Half of the trial’s subjects were given sotagliflozin, while the other half received a placebo. inTandem3 found that nearly twice as many people taking sotagliflozin benefitted from the new therapy – defined as reducing A1c to less than 7% with no instances of severe hypoglycemia (low blood sugar) or diabetic ketoacidosis (known as DKA – read more about it here).

The results were similar to two earlier trials by Lexicon Pharmaceuticals, inTandem1 and inTandem2. Unlike the two previous trials, inTandem3 did not include an “insulin optimization period,” which refers to training on how to best administer insulin, making this trial closer to “real life.”

A concern arising from inTandem3 was that 3% of those taking sotagliflozin experienced DKA, compared to 0.6% in the placebo group. Given that all participants were educated on DKA risk management (like using a ketone meter when not feeling well, even with in-range or low blood sugar levels), it will be important for researchers to characterize this risk as sotagliflozin is submitted to the US FDA. It is not clear what the DKA risk-management education involved in this trial.

Sotagliflozin is expected to be submitted to the FDA sometime in the first half of 2018. Generally, once submitted, it generally takes about 10-12 months for the FDA to decide if a drug will be approved. This means that if approved, sotagliflozin could be available in the U.S. by mid-2019, offering a new treatment option for people with type 1.

Sotagliflozin is a dual SGLT-1/SGLT-2 inhibitor, meaning that this one drug has two separate functions. First, the SGLT-1 inhibitor part delays glucose from being absorbed by the intestines, which helps to “flatten” the rise in blood sugar after a meal. Second, the SGLT-2 inhibitor part helps the kidneys to excrete (or, urinate) out excess glucose, helping bring down blood sugar levels further. Farxiga includes only the SGLT-2 inhibitor function. Sotagliflozin is not approved anywhere, while Farxiga obtained FDA approval for type 2 diabetes in 2014.

These trials show definite promise for applying both drugs in type 1 diabetes. These pills could be taken in addition to insulin to help people with type 1 diabetes further manage blood sugar levels, ideally reducing blood sugar variability and the amount of insulin needed. The beauty of this drug’s “mechanism of action” is that it is glucose-responsive and insulin independent – it works to lower glucose when blood sugar levels are high, then it stops working when they come down. Assuming they are approved, it will be key for people with diabetes and their healthcare providers to reduce insulin doses safely and monitor for ketones.