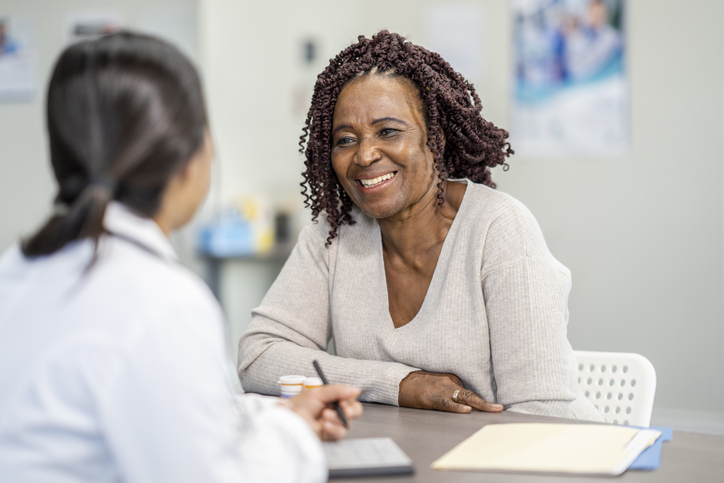 The term “type 2 diabetes remission” continues to spark debate in the diabetes community. At the EASD 2022 annual conference in Stockholm, experts explored this concept and what the term means for people with type 2 diabetes.

In recent years, many experts on type 2 diabetes have advocated for a shift in treatment goals – a shift to focus primarily on weight loss and obesity treatment, as opposed to the traditional emphasis on glucose levels.

In part, this shift has been influenced by new medications and lifestyle interventions that have made weight loss a much more achievable goal for people with type 2 diabetes. These therapies have also made it possible for some people to achieve “diabetes remission.”

But what exactly is remission? And does using this term do more harm than good for many people with type 2? Speakers tackled these questions and more in a symposium at the EASD 2022 annual conference.

Dr. Amy Rothberg, clinical professor of endocrinology and internal medicine at the University of Michigan, began the discussion explaining that type 2 remission is “fundamentally driven by weight loss.” She noted that several studies have demonstrated that weight loss of at least 10% to 15% can dramatically improve the body’s ability to produce insulin and to reduce insulin resistance.

But despite the release of a consensus statement from the American Diabetes Association in 2021 on the definition of remission, experts still debate the issue, and different definitions continue to exist. In the ADA 2021 consensus, diabetes remission is defined as “a return of A1C to less than 6.5% that occurs spontaneously or following an intervention, which persists for at least three months without any glucose-lowering medications.”

One concern that arises from this definition is that many glucose-lowering medications, such as SGLT-2 inhibitors and GLP-1 receptor agonists, can also be prescribed to protect against complications like heart and kidney disease. This means that those who take an SGLT-2 inhibitor to protect against kidney disease, for instance, would not be able to prove they were in diabetes remission.

In addition, while weight loss may lead to the disappearance of the symptoms of type 2 diabetes for several months, stopping these medications puts people at very high risk for re-gaining the weight they had lost.

“We should focus our attention on facilitating weight loss AND preventing weight regain to achieve and maintain weight control,” said Rothberg. “Testing to determine long-term maintenance of remission should be done yearly, together with recommended testing to identify potential complications.”

Rothberg, along with Dr. Michael Lean, a researcher at the University of Glasgow in Scotland, both identified issues with “diabetes remission,” noting how “remission” is used differently when describing cancer.

People who are diagnosed with cancer typically receive an intense regimen of chemotherapy and are then observed by their healthcare team regularly for several years before they are said to achieve remission. However, based on the definition for type 2 diabetes, people are said to be in remission after just a short period of weight loss over a few months.

“The importance of [sustained] weight loss for people with type 2 diabetes is not taken nearly as seriously as it should be,” said Professor Lean.

“We should regard the weight loss for type 2 diabetes remission as important as chemotherapy for cancer,” he said.

Concluding the panel, Dr. Blandine Laferrere, an associate professor in the Division of Endocrinology at Columbia University Medical Center in New York, discussed the issue of diabetes “relapse” – the return of high blood glucose levels and other diabetes symptoms after a period of remission.

Laferrere said that those who start treatment early are more likely to preserve their body’s ability to produce enough insulin – or protect against damage to insulin-producing beta cells in the pancreas. She also showed that for people who had bariatric surgery and achieved remission, people were more likely to relapse if they had a diagnosis of diabetes for a longer period of time, or if they took insulin before their weight loss surgery.

To minimize the chance for relapse down the road, sustaining weight loss and changes to diet and exercise are crucial. However, to better understand how to prevent relapse, Laferrere advocated for more studies on diverse populations around the globe.

For more information about diabetes remission and the debate on how it is defined, read: