Rather than just adding a CGM and control algorithm to an existing pump, both players are rethinking insulin delivery from the ground up, designing simpler, end-to-end, more seamless user experiences – easier system startup, easier meal dosing, adaptation over time, prefilled insulin cartridges, and much more. Read on for the latest product details and launch timing!

Beta Bionics’ CEO Dr. Ed Damiano shared several new updates and pictures on the Bionic Pancreas and integrated “iLet” pump that aims to automate both insulin-only and insulin/glucagon delivery based on CGM readings.

Updated timing: His plan remains to seek initial approval of the iLet for insulin-only use – a pivotal trial (to support an FDA submission) is expected to start in the second half of 2019, with a hoped-for approval in adults and children in the second half of 2020. A second pivotal trial testing insulin and glucagon aims to begin in late 2019/early 2020, with approval targeted for 2022. This timeline is longer since Beta Bionics has also to secure approval for Zealand’s pumpable glucagon – a longer study and submission process. 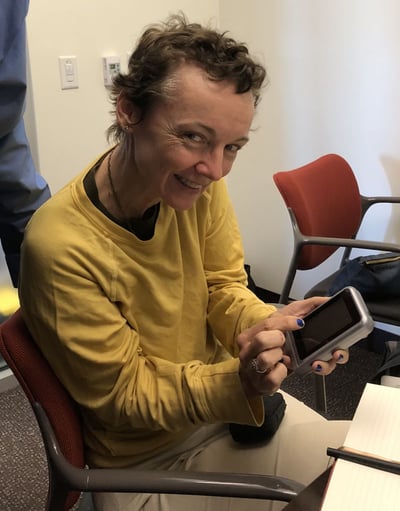 Between now and next year, the team is doing smaller “bridging” studies with the new iLet device to confirm it works just as well as the previous research platform. diaTribe’s Editor-in-Chief, Kelly Close, is in one of the trials at Stanford – see the picture of her turning on the bionic pancreas for this study (right)! She sends heaps of thanks to Dr. Bruce Buckingham, Liana Hsu, Marissa Hitchcock, and Dr. Lisa Norlander for all their work at Stanford on this mission and of course their counterparts at Mass General and the leaders at Beta Bionics and BU.

Plans to incorporate both Dexcom and Senseonics CGMs! In exciting news, the FDA has given Beta Bionics permission to use Senseonics’ 90-day Eversense as an additional CGM in its system. This complements the Dexcom G6, and also makes the iLet the only AID system allowing users to choose between two CGM options.

Choice of three insulins (plus prefilled cartridges): In addition to use of Humalog and Novolog insulins, Beta Bionics is running the only AID study incorporating Fiasp, a more rapid-acting mealtime insulin. Notably, Novolog and Fiasp will be used in a prefilled insulin cartridge (PumpCart) in the iLet, simplifying system startup. (A manual fill option will be included too.) The glucagon, once available, will only come in a prefilled cartridge; it will be a different size than the insulin cartridge, meaning a user cannot mix it up. Kelly is looking forward to her time using Fiasp for the trial!

iLet pump updates and screenshots: We also got to hold the improved Gen 4 iLet touchscreen device, which includes… 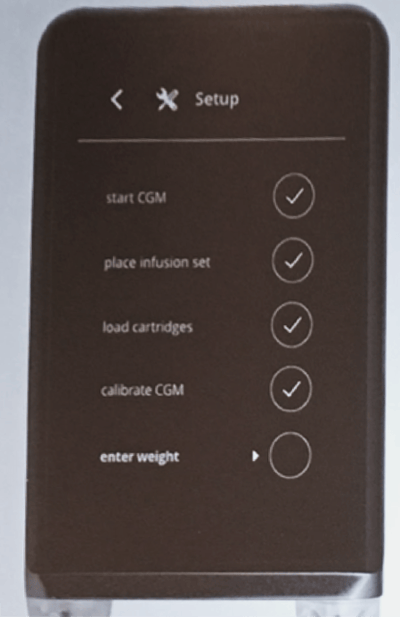 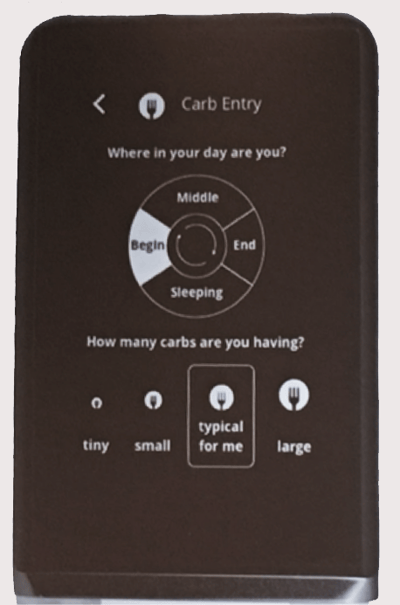 This automated insulin delivery has come a long way since Kelly wrote about it for diaTribe back in 2013, back before there was even an official organization called Beta Bionics (BU was the home base back then) or a system called the iLet – see that Test Drive here.

Following our initial interview in 2015, Bigfoot has made impressive progress in its vision to commercialize a radically different type of automated insulin delivery: systems for both pumpers (Bigfoot Loop) and injectors (Bigfoot Inject).

The Bigfoot Loop system includes a next-gen version of the FreeStyle Libre 14-day no-fingersticks CGM, a screenless pump (based on technology acquired from Asante), and a slick smartphone app that serves as the primary user interface. There is continuous communication between the FreeStyle Libre CGM and the pump, meaning that the system is designed to remain in closed loop even when the smartphone is out of range. A user will enter meals on the phone app, which will recommend a dose and allow delivery without having to touch the pump.

For users preferring multiple daily injections (MDI) over an insulin pump, the company also hopes to launch its Bigfoot Inject system in 2020. Bigfoot Inject will use smart insulin pen caps that read how much insulin is in basal (long-acting) and bolus (fast-acting) disposable insulin pens. Data will be sent to a smartphone app, and the app will then recommend insulin dose changes based on FreeStyle Libre CGM patterns.

At Friends for Life, we got a deeper dive on both systems…

Updated Bigfoot Loop timing: A pivotal trial to support FDA submission of Loop (for users 14+ years) is expected to begin in April-June 2019, with a launch targeted for 2020. This is a delay from previous hopes for a 2018 trial, in part due to last year’s decision to switch to FreeStyle Libre. (Bigfoot previously had an R&D development agreement with Dexcom CGM.)

Monthly subscription, one prescription, one copay: This has always been Bigfoot’s plan, though we really appreciated a first look at the color-coded, consumer-friendly supplies packaging:

Simplicity across the board: prefilled insulin, in-app training, easy startup: Leveraging the disposable portion of the Asante pump, Bigfoot Loop will use prefilled insulin cartridges and will not require battery charging or replacement – each disposable pump body will include a battery, which will be thrown out once the insulin cartridge is used up (roughly one week). Bigfoot's systems will also include self-paced, in-app training, and the system startup only requires users to enter their total daily basal dosage.

Bigfoot Inject’s smart insulin pen caps: An updated look at Bigfoot Inject showed Bigfoot’s plans to include a screen on the insulin pen caps, which will presumably show key information (e.g., last dose or amount?). One color cap will be used for long-acting (basal) and another for mealtime (bolus) insulin.

Pens or Pumps? Yes. Bigfoot envisions allowing users to switch between Bigfoot Loop and Bigfoot Inject as desired – e.g., moving from a pump to injections for a beach vacation. Since Bigfoot will presumably have all the insulin and CGM data, it can help make this transition seamless – e.g., based on the prevous pump basal rates, it would recommend long-acting basal injection doses.