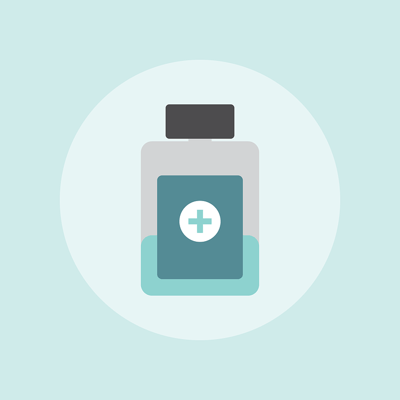 By Emma Ryan and Payal Marathe

The EASD meeting also included discussions of much more than diabetes drug therapies. You can read diaTribe’s coverage of a study showing improved outcomes from CGM use during pregnancy and The diaTribe Foundation’s event on “Solvable Problems in Diabetes.”

Based on previous results showing that semaglutide lowers A1c, Novo Nordisk has submitted the drug to the FDA and EMA for approval. A decision is expected at the end of this year.

Bydureon – a once-weekly GLP-1 injection for type 2 diabetes (available now, with a newly-approved, easier way to take it)

Results from the EXSCEL trial showed that Bydureon, a once-weekly injectable GLP-1 agonist for people with type 2 diabetes, is not any riskier for the heart than placebo (a “nothing” pill). In fact, Bydureon narrowly missed the threshold for showing heart benefits. These positive results follow research announced earlier this year showing that 20% more people taking Bydureon achieved an A1c target of less than 7% than those on placebo.

Both sets of results contribute to evidence showing that the entire group or “class” of GLP-1 agonists reduce A1c and body weight and have neutral (Bydureon) to positive (Victoza) effects on the heart. On a related note, an easy-to-use autoinjector called Bydureon BCise (rhymes with “precise”), featuring easier mixing and injection and a pre-attached needle, has been approved by the FDA – stay tuned for full coverage.

Trial results for two non-insulin drugs that come in pill form offer exciting new options for people with type 1 diabetes to manage blood sugars. inTandem3 looked at sotagliflozin, a once-daily SGLT-1/2 dual inhibitor that has not yet been approved by the FDA. DEPICT 1 studied Farxiga, a once-daily SGLT-2 inhibitor that is approved for treating type 2 diabetes but not type 1. Both studies reported A1c reductions and weight loss – great for the push to approve add-on therapies for type 1. See our previous coverage for more details on this promising new group of add-on therapies for people with type 1.

The analysis of DEVOTE 2 and DEVOTE 3 results showed significant links between daily blood sugar variability and death, suggesting that Tresiba benefits patients by reducing these swings (glycemic variability). This evidence reinforces that drugs that lower the risk of hypoglycemia – and therefore the possibility of hospitalizations and death – are critical in the diabetes treatment toolbox.

The TOSCA.IT study examined the heart safety of pioglitazone, a once-daily pill (TZD), versus sulfonylureas in patients with type 2 diabetes on metformin. Both drugs are generic, low-cost options for additional therapy when metformin isn’t enough, but sulfonylureas have been attracting growing concern about safety. This large heart health outcomes trial compared pioglitazone with three sulfonylureas (glimepiride, glibenclamide, and gliclazide).

Two other classes of A1c-lowering drugs, SGLT-2 inhibitors and GLP-1 agonists (Jardiance, Invokana, Victoza), have demonstrated heart benefits for people with diabetes. Based on this trial, neither TZD’s nor sulfonylureas showed similar benefits, but sulfonylurea was the clear loser on hypoglycemia. On the other hand, Jardiance, Invokana, and Victoza are not yet generic, meaning they tend to be more expensive.

The Vertis SU study compared glimepiride (a sulfonylurea) with a more advanced A1c-lowering drug, ertugliflozin (an SGLT-2 inhibitor in development). The trial looked at the A1c-lowering, weight loss, and blood pressure effects of the two drugs in people already taking metformin. After one year of treatment, the researchers found the following results:

Assuming it becomes accessible, this SGLT-2 – instead of a sulfonylurea, which has safety concerns – can offer many benefits for people with type 2 diabetes: a similar effect on A1c (with high dose ertugliflozin), weight loss, blood pressure, and hypoglycemia benefits.