Lessons Learned from A Scary Visit to the Emergency Room 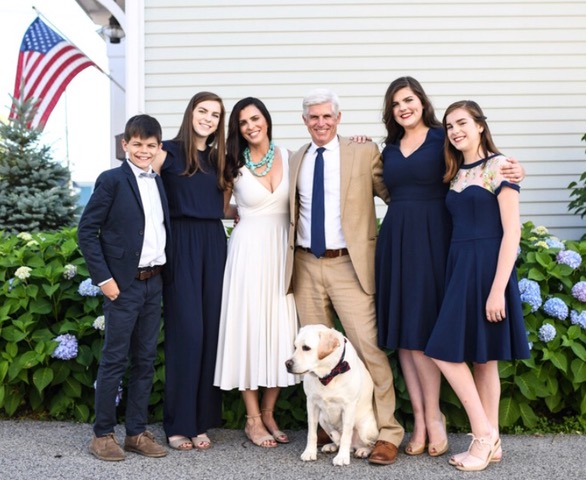 Stefany Shaheen shares her daughter’s story of diabetic ketoacidosis and the hospital’s response, and her takeaways from this experience

Now more than ever, the thought of spending time in an emergency room can evoke fear and anxiety. For people living with type 1 diabetes and those of us who love and support them, serious hazards can arise when making a trip to the emergency room. My family learned this firsthand when things deteriorated in a few short hours at one of Boston’s reputable hospitals.

Our oldest daughter, Elle, was diagnosed with type 1 diabetes 12 years ago when she was eight years old. As adolescence waged on, she began developing insulin resistance. Her insulin needs skyrocketed along with blood sugar levels. This prompted us to investigate new treatment options.

We learned about the promising off-label use of SGLT-2 inhibitors in people living with type 1 who are dealing with insulin resistance. With her endocrinologist’s guidance and with cautions about the need for regular ketone testing, Elle began taking an SGLT-2 drug nearly two years ago. SGLT-2 inhibitors cause the kidneys to get rid of excess glucose through the urine, which lowers the body’s insulin requirements. However, if insulin levels are too low, diabetic ketoacidosis (DKA) can result. Elle had great success taking an SGLT-2 inhibitor, including a 20% reduction in her daily dose of insulin and a drop in her A1C.

The use of an SGLT-2 made Elle more aware of ketones and the need to watch for signs of ketoacidosis. In the years following diagnosis, Elle experienced nausea caused by ketones on a handful of occasions, but she was never hospitalized with ketoacidosis or was in a position where the ketones did not clear in a matter of hours. That is, until a dreadful late fall day after taking an SGLT-2 inhibitor for nearly 18 months.

Elle woke up early feeling horribly nauseous and discovered an occlusion (blockage) in her insulin pump site. She tested for ketones using her blood ketone meter and confirmed the presence of ketones. After efforts to re-hydrate were interrupted by vomiting, Elle’s endocrinologist advised her to go straight to the nearest emergency room. This is where things became unnecessarily dangerous for my daughter.

When Elle arrived at the emergency room, a triage nurse tested her blood sugar. As a result of the SGLT-2, her blood sugar levels never climbed above 136 mg/dL. Elle was not eating and was struggling to keep fluids down. The nurse did not test for ketones. Elle had a ketone blood meter and the meter registered high ketone levels, but the nurse did not consider this information and determined that Elle was not in immediate danger. Instead, Elle was left in the waiting room for nearly three hours. She vomited again in the public restroom outside of the waiting room just as I arrived, two hours after she first got to the hospital. At this point, Elle was barely able to hold her head up and was white as a ghost.

After my desperate pleas to get Elle medical attention went unheard, I frantically and literally ran to Joslin Diabetes Center. I searched the halls until I found an endocrinologist who would call the emergency room and explain that because of the SGLT-2, Elle may be in DKA despite the fact that the hospital’s blood glucose machine did not register an elevated blood sugar level. Of course, both Elle and I tried to explain this to the ER nurse, but we were not getting anywhere and prayed that an endocrinologist would be more convincing. Finally, the nurse agreed to run a full blood panel. As soon as the results came back, Elle was brought into the emergency room and started on IV fluids.

We were hopeful that the IV fluids would work and that the doctors who were treating Elle would be able to recommend a course of treatment to address the ketones in her blood, while recognizing that she was taking an SGLT-2. Unfortunately, this was not the case. Elle remained on her insulin pump without any changes to her basal rate. In fact, we were told by the emergency room doctors not to give her more insulin because she was not eating and had been vomiting. Fortunately, I did not listen to the doctors and periodically gave her a dose of insulin. The reason this was fortunate is because Elle was in DKA. Elle needed much more insulin and a different mix of IV fluids. She went through four bags of fluid with only one trip to the bathroom, and her blood ketone meter continued to show rising ketone levels.

The doctors did not take our personal ketone meter into account and did not order additional lab work. At this point, six hours had passed since the first set of labs were completed and yet we knew that Elle’s ketone levels were increasing, not decreasing. When we asked why this was the case, one of the doctors dismissed the results from Elle’s blood ketone meter as “too different to compare” given the precision of the hospital’s machines. However, the doctors were not completing blood work on a regular basis. Given how rapidly a person’s blood chemistry can change when experiencing DKA and living with type 1 diabetes, blood work is needed on a more frequent basis.

As I watched my daughter’s condition continue to deteriorate, I grew more and more desperate. Channeling my nervous energy as Elle slipped in and out of consciousness, I contacted several friends who shared that they either personally had or had heard similar horror stories from people with type 1 taking an SGLT-2. In each case, it was ultimately determined that the person was in DKA, and IV insulin was necessary. I became increasingly convinced that Elle was in need of more serious medical intervention at the same time that the doctors were suggesting that we go home so she could “clear the rest of the ketones on her own.”

Fortunately, Elle’s endocrinologist came to the hospital just as the emergency room doctors tried telling me that they were preparing her discharge instructions. This is when Elle vomited again, and her endocrinologist stepped in to insist on more blood work. The presence of Elle’s endocrinologist and the results of the long-overdue blood work changed everything. It was now clear to everyone who had been treating her that Elle needed to be admitted to the ICU and put on IV insulin. Elle spent the next 48 hours in the ICU. 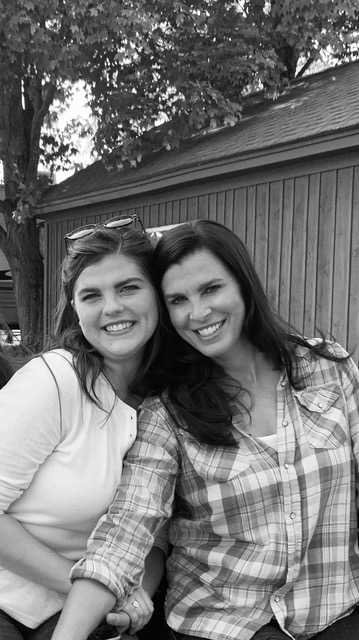 Ultimately, Elle decided that while the benefits she experienced on an SGLT-2 inhibitor were meaningful, this experience was too traumatic for her to continue taking the medication. When she woke up that day feeling miserable and discovered the presence of ketones, she did not take her daily dose. She has not taken the medication since, even though her insulin needs have crept up and she spends less time in-range than when she was taking the SGLT-2 inhibitor.

I am still haunted by this experience. I am haunted by the thought that an ICU stay could have been avoided along with the suffering that Elle endured, if proper steps had been taken when she first arrived at the hospital. If this had been the case, she might still be realizing the benefits of an SGLT-2 inhibitor. I am haunted by the reality that a family without as much information might very well have left the hospital when the emergency room doctor said that would be best. If the timing had been different and we had made that decision, there is a very real chance that my daughter would not be here today. We must do better. Together, let us work to ensure that families are not faced with the same set of circumstances that we faced on that fateful day.

Stefany has dedicated herself to making life better for people living with diabetes. Elle & Coach: Diabetes, The Fight for My Daughter’s Life, & The Dog Who Changed Everything, is the New York Times bestseller she authored about the challenges and beauty of parenting a child with type 1 diabetes. Stefany co-founded Good Measures, a company dedicated to those managing chronic conditions. She is on the Board of Trustees at Joslin Diabetes Center, and served as the National Chair for the Juvenile Diabetes Research Foundation Children’s Congress. A graduate of MIT’s Sloan School of Management and Harvard's Kennedy School of Government, she is a key spokesperson for her mother, Jeanne Shaheen, U.S. Senator and former New Hampshire Governor. Stefany is currently a Police Commissioner after serving on the City Council for the City of Portsmouth, New Hampshire, where she and her husband, Craig Welch, live with their four children.