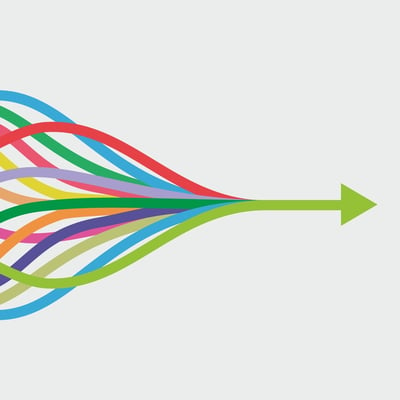 At the EASD conference in September 2022, a group of clinicians presented an updated ADA/EASD consensus statement on the treatment of hyperglycemia for people with 2 diabetes.

Clinicians around the United States address symptoms of type 2 diabetes, such as hyperglycemia (high blood sugar), by following practice recommendations known as the Standards of Care. These Standards are informed by international consensus statements published by gatherings of leading endocrinologists from around the world.

Because communication is at the core of the relationship between people with diabetes and their healthcare providers, the consensus statement emphasizes how important language is in discussions about diabetes care.  All conversations should be neutral and free of stigma. Dr. Peter Rossing from the Steno Diabetes Center in Copenhagen, Denmark, pointed out that dialogue should be focused on what is working and should be respectful, inclusive, and person-centered.

“People living with diabetes should not be referred to as ‘diabetics,’ or described as ‘non-compliant,’ or blamed for their health condition,” he said.

Rossing also emphasized the importance of discussing the social determinants of health, such as socioeconomic status, living and working conditions, housing, and culture, in order to provide care that best suits each individual.

For more about diabetes stigma, person-centered language, and its impact on health outcomes, visit The diaTribe Foundation’s stigma hub (dStigmatize.org) as well as Diabetes Stigma is Everywhere, But You Can Do Something About It.

Weight management was also emphasized in the consensus statement. Although weight management had previously been seen as a secondary strategy to improve A1C and reduce weight-related complications, Rossing said that in the new guidelines, weight loss of at least 5-15%, along with managing hyperglycemia, should be the primary targets for many people with type 2 diabetes – especially those more recently diagnosed. While a 5-10% weight loss was associated with metabolic improvement, a loss of 10-15% or more could have a disease-modifying effect and indeed lead to diabetes remission.

Rossing said, “Weight loss may provide benefits that extend beyond glycemic management to improve risk factors for cardiometabolic disease and quality of life.”

The consensus statement discusses two approaches to weight loss: medications and metabolic surgery. The group highlighted the success of semaglutide (brand name Wegovy) 2.4mg and tirzepatide (Mounjaro) for helping people lose weight. Since the withdrawal of these medications resulted in a subsequent increase in body weight, medications for weight management should be considered chronic medicine and not automatically stopped when the initial weight goal is met.

The latest consensus mentions that bariatric (or metabolic) surgery should be considered for some people with type 2 diabetes and appears to be effective for diabetes remission. Even in people who do not achieve remission, surgery is associated with improved glucose levels compared to those who take medications alone. Medications like Wegovy and Mounjaro may not lead to quite as much weight loss as bariatric surgery. However, they are more effective than older medications and may be an attractive option for those who are looking to avoid the negative effects of surgery

Dr. Vanita Aroda from Brigham and Women’s Hospital described other updates included in the consensus statement, which focus on the effects of sleep and exercise on managing high blood sugar.

On exercise, the new guidelines emphasize the heart-health benefits of increasing step count – “an increase of only 500 steps/day is associated with 2-9% decreased risk of cardiovascular morbidity and all-cause mortality,” Aroda mentioned.

The consensus report included recommendations on the importance of consistent, uninterrupted sleep – even on weekends – specifically focusing on the quantity and quality of sleep. It has been found that sleeping for more than eight hours or less than six hours can raise A1C and increase the risk for weight gain. Likewise, irregular sleep resulting from sleep apnea, which affects over half of people with type 2 diabetes, could also worsen hyperglycemia.

Aroda also recommended that clinicians consider sleep chronotype, or an individual’s general sleep and productivity schedule – the most commonly known chronotypes are early birds and night owls, or “morningness” and “eveningness”, respectively. “Evening chronotypes, commonly known as night owls who go to bed late and get up late, may be more susceptible to inactivity and poorer glycemic levels versus morning chronotypes, who are more like early birds who go to bed early and get up early,” Aroda said.

To close this session on the ADA/EASD consensus, Dr. Chantal Mathieu from University Hospital Gasthuisberg Leuven in Belgium discussed the importance of overcoming clinical inertia. Clinical inertia refers to a situation where healthcare providers do not make treatment modifications in response to changing treatment outcomes. For example, some clinicians may be reluctant to increase insulin dose if you are not meeting your goals, and likewise others may not lower your dosage when appropriate, leading to over-treatment. Mathieu recommended greater integration of pharmacists and nurses who can also play a role in adjusting your treatment.