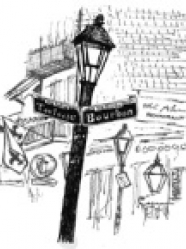 The diaTribe team just got back from the 2009 ADA Scientific Sessions in New Orleans, and (in between meals of crayfish and jambalaya) we've seen some very exciting new developments. The conference was huge-this year, about 12,000 people attended (though that fell from about 20,000 last year, probably due to the economy and the fact that everyone likes diaTribe's hometown, San Francisco)-and was packed with presentations and research posters on every topic relating to diabetes that you could imagine. We've focused on several of the most important results from the patient perspective: the one-year results of the JDRF continuous glucose monitoring trial and overviews of new therapies in development for type 1 and type 2 diabetes.

the JDRF CGM trial after one year

In our report about the 2008 EASD (European Association for the Study of Diabetes) meeting in diaTribe issue 12, we talked about the results of a trial by the Juvenile Diabetes Research Foundation (JDRF) trial that investigated the efficacy of continuous glucose monitoring over a period of six months. At this year's ADA, the JDRF released new one-year results that (happily!) confirmed the benefits of CGM use.

The results of the original trial showed that CGM can help patients improve their blood sugar control. Adults with a starting A1c of ≥ 7% using CGM lowered their A1c by an average of 0.5%. In children and teenagers, there was no significant difference in A1c with CGM use, although there was a trend toward an A1c decrease in children. Those subjects with starting A1cs < 7% were able to maintain a low A1c with CGM use.

The new findings presented at ADA showed that the CGM benefits for adults were sustained over one year, and showed for the first time that children with starting A1cs over 7% were able to reduce their A1c with CGM. Even more importantly, rates of hypoglycemia continued to fall with CGM use-so much so that both the adults and children in the less than 7% A1c group had NO severe hypoglycemia during the second half of the trial! The second half also confirmed an important message from the first six months of the trial: in all age groups, the people who got an A1c benefit from CGM were the ones who used it more frequently. These results show quite persuasively that CGM can be useful to help people improve their control, and should help encourage reimbursement and greater CGM use in people with diabetes of all ages. If you decide to invest in a CGM device, and you commit yourself to using it frequently and making changes based on the results, you will be able to improve your glucose control.

While the JDRF trial didn't study people with type 2 diabetes, we're confident that CGM can be useful in people with type 2 as well, particularly those who are taking insulin. We've seen increased interest in using the technology for type 2 from other diabetes experts as well-in our survey at the ADA meeting, 59% of health care providers said they would prescribe CGM to their type 2 patients if it were widely reimbursed!

update on therapies for type 1

There was LOTS of talk at the ADA about the artificial pancreas, and after hearing about it for so long, we think it's finally getting close, thanks to all the amazing researchers! Dr. Bruce Buckingham of Stanford University gave an intriguing talk about how algorithms can be used with insulin pumps and CGM to reduce nocturnal hypoglycemia. His artificial pancreas system uses a combination of five different algorithms to decide when hypoglycemia is imminent, and then a computer automatically shuts off insulin delivery. In his studies, 84% of all nighttime hypoglycemic events were avoided with the algorithm. It's a bit like Medtronic's Low Glucose Suspend (see NewNowNext in issue 11), but more sophisticated in that it can look ahead to sense impending hypoglycemia instead of just reacting to low glucose levels. Presentations like this make us very excited about closed-loop research, which is proceeding faster than we could have imagined.

In drug-related news, we heard from Dr. Peter Gottlieb about an initial trial of Bayhill Therapeutics' first-in-class DNA “vaccine” for type 1 diabetes, currently named BHT-3021. The drug works by making the immune system more tolerant to a person's own insulin, preventing immune attack on beta cells and stopping the progression of type 1 diabetes. Initial results suggest that the drug is well tolerated and may help to preserve beta-cell function, but the effect may wear off over time. Bayhill recently entered into a collaboration with the drug company Genentech, which is great news, suggesting that the class might hold real promise. You can read conference pearls in diaTribe issue 15 for more information about diabetes vaccines-we're cautiously optimistic about this approach for those at high risk of type 1, and we'll keep you up to date as more data become available.

update on therapies for type 2

Important type 2 research at this year's ADA was plentiful, and we'll report on a number of things that people with type 2 should be aware of.

First, there were many studies about new entrants on the GLP-1 treatment front-while Amylin's Byetta has long been the only player in this class, there are now many different therapies jockeying for a spot. The most near-term are Novo Nordisk's liraglutide (Victoza), which is a GLP-1 agonist like Byetta, and Amylin's exenatide once-weekly, a modified form of Byetta that only has to be taken once per week. liraglutide has faced some hurdles at the FDA (see issue 15's NewNowNext), but it seems to be moving forward very quickly in the EU. In terms of efficacy, liraglutide studies seem to show that the drug is more efficacious than Byetta, but we haven't yet seen any data comparing it to exenatide once-weekly. Drugs that reduce A1c, cause weight loss, and also are easy to take could be transformational, assuming that all the safety data hold.

The next new class of drugs to be approved by the FDA may be a type of drug called an SGLT-2 inhibitor, which works by preventing your kidneys from absorbing their normal amount of glucose and causing you to excrete excess glucose in your urine. So far, results have been fairly promising, showing that the drug reduces glucose levels and lowers weight without major side effects. We look forward to seeing more data to assess the class and learn what the experts really think.

Finally, we heard some interesting new results from a company called Xoma, which is developing a drug to treat the inflammatory processes (the body's responses to a foreign body) that underlie type 2 diabetes. The drug, called XOMA 052, inhibits an inflammatory chemical called IL-1beta that may be implicated in the decreased insulin secretion that occurs in advanced type 2 diabetes. Patients who were treated with a single dose of Xoma 052 saw a 1.0% A1c decrease that was sustained over a 90-day interval. Patients will eventually need to be treated again, but this drug is interesting to us because of its potential to dramatically simplify the treatment strategy for type 2 diabetes, and because it attacks the disease from a different angle than other therapies currently on the market.

The rest of this year is going to be exciting one for diabetes. Hopefully, we’ll see the introduction of new type 2 therapies like liraglutide and saxagliptin, and continued acceptance of CGM in both type 1 and type 2 populations. While we don’t predict any dramatic changes in diabetes treatment soon, it’s this kind of continued progress that eventually makes a big difference in the lives of people with diabetes.