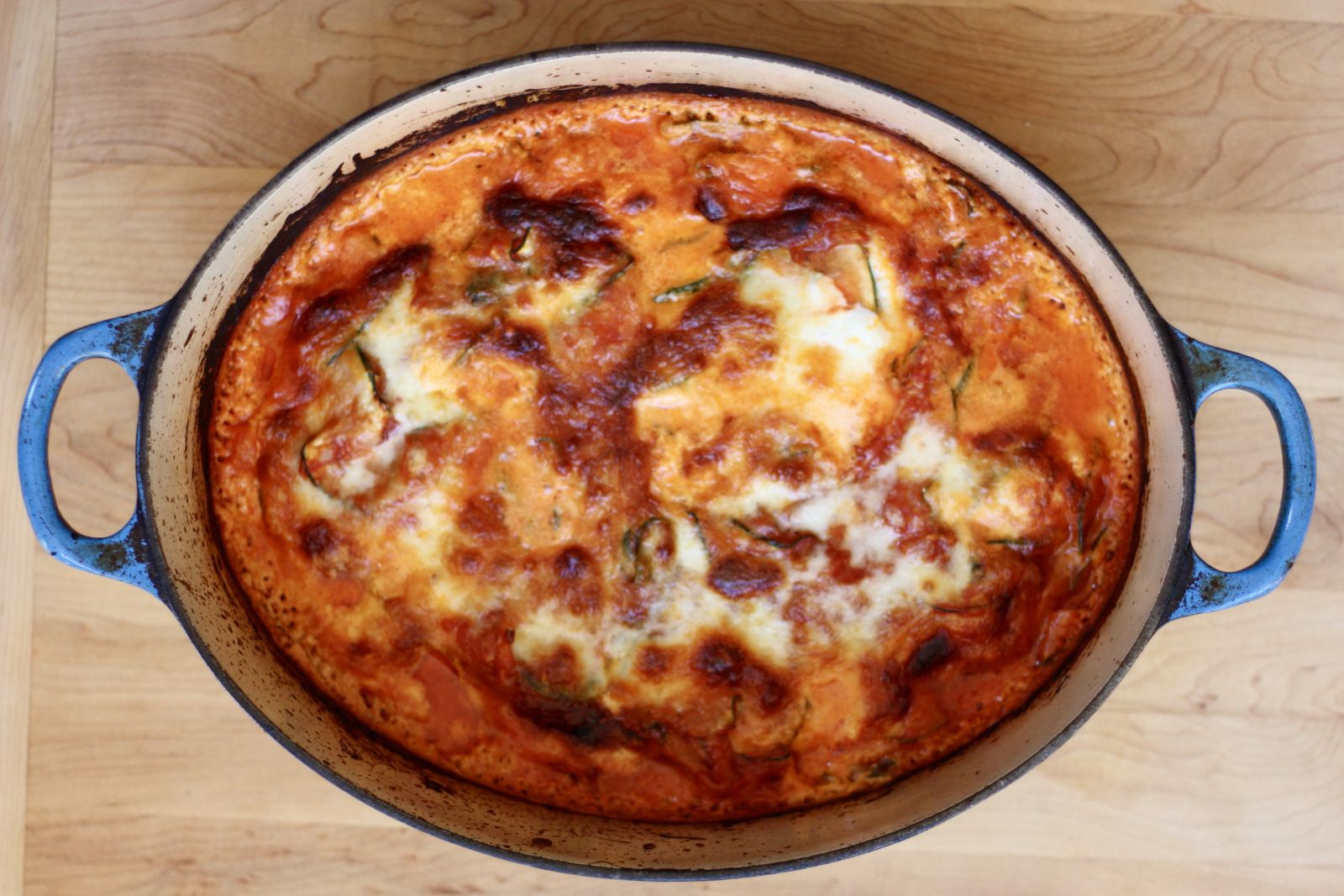 This is like a cross between an unfussy lasagna and a baked ziti: cheesy, rich, and deeply satisfying, despite the actual absence of noodles. Even my daughter, who tends to be totally skeptical about “fake vegetable pasta dishes,” loves it. Don’t be daunted by the ribboning of the zucchini with a vegetable peeler: it honestly doesn’t take that long, and the resulting strands are thinner and wider and just generally more noodle-like than what you’d get with a spiralizer. That said, if you want to start with a pound of zoodles, go ahead – just be sure to salt and drain them really, really well or the resulting dish will be watery. One last thing: if you’d prefer a meat sauce, go ahead and brown a pound of ground beef after you sauté the onions and before you add the tomatoes – and expect the dish to feed more people that way.

Note: if you don’t have a Dutch oven or another oven-proof pot, you can cook the sauce in a pan and then layer the dish in a casserole before baking it.