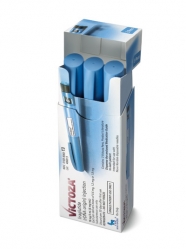 Lately, the use of basal insulins (such as Lantus and Levemir) in combination with GLP-1 agonists (such as Byetta, Victoza, and Bydureon) has been garnering increased attention. The combination therapy makes sense for several reasons: 1) the two therapies act in complementary ways to lower blood glucose, meaning that the combination could be more effective than either therapy alone; 2) the weight loss provided by GLP-1 agonists can help reduce (or overcome) the weight gain associated with long-acting insulin therapy; and 3) GLP-1 can be easier to take than short-acting insulin due to its glycemic-dependent nature (meaning it causes less hypoglycemia) and can delay the need for short-acting insulin. In 2011, Byetta and Victoza were approved for use in combination with basal insulin in the US and in Europe; several other GLP-1/basal insulin combinations are also being explored (see our new now next in diaTribe #42).

One such product in development, Novo Nordisk’s IDegLira, combines the company’s ultra-long-acting insulin degludec that has been submitted for approval to regulatory agencies worldwide and Victoza (liraglutide) in a fixed ratio (meaning, if users want to reduce the amount of insulin they wish to inject, the amount of Victoza they receive will also be reduced). On August 14, Novo Nordisk announced results of the phase 3 DUAL I study, which found IDegLira improved participants’ glycemic control significantly more than either degludec or Victoza alone. Over 26 weeks, participants who took IDegLira achieved an average A1c reduction of 1.9%, compared to 1.4% for degludec and 1.3% for Victoza. IDegLira also led to an average weight loss of a little over a pound, an improvement over the average three-pound gain with degludec alone, though those who used Victoza alone lost over six pounds. The next step for IDegLira is the follow-up phase 3 DUAL II study, which is slated to complete toward the end of this year. This schedule keeps IDegLira on track for FDA approval as early as the end of 2013.