Diabetes on a 65% Fat Diet, Chia for Breakfast, and Intermittent Fasting 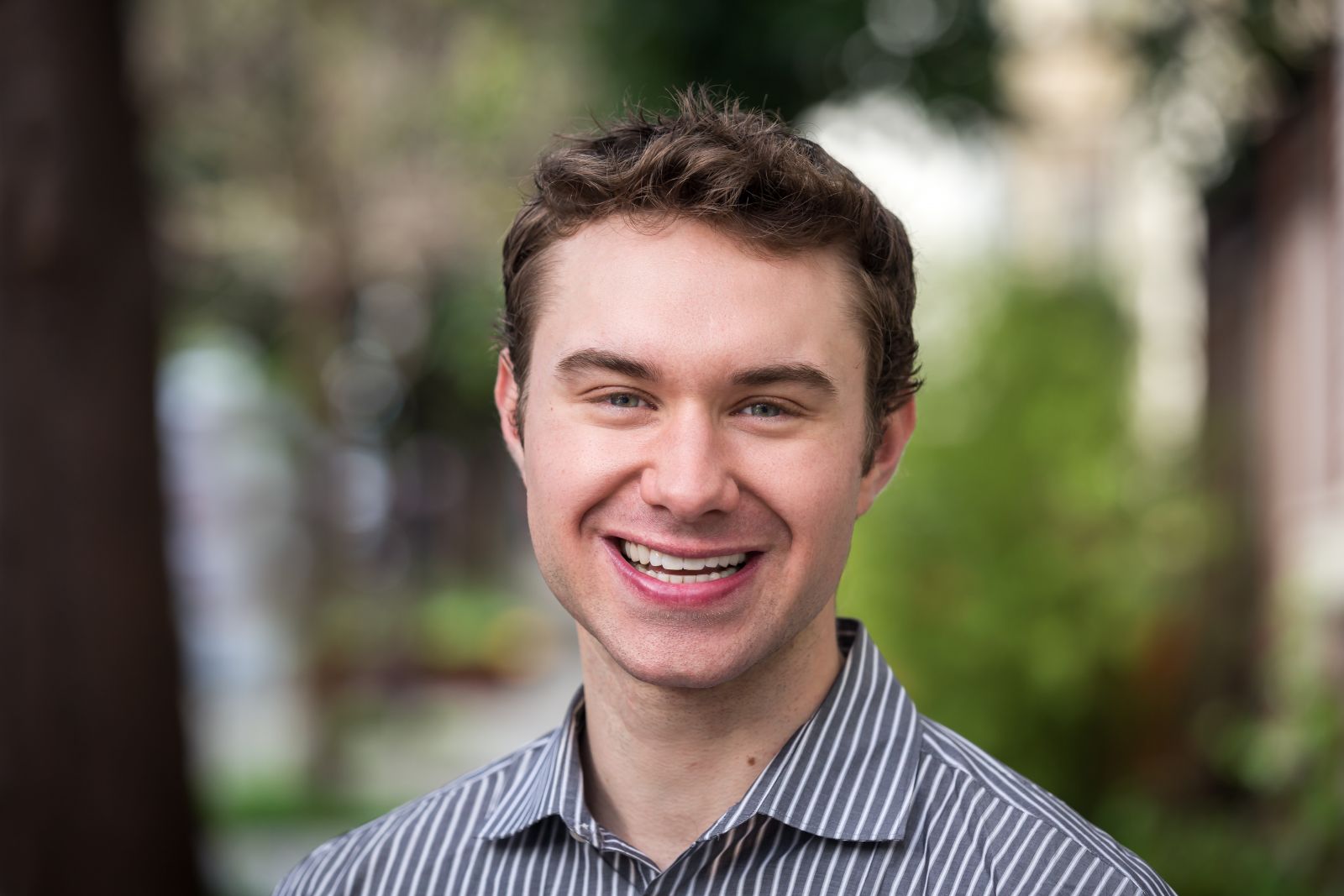 80 days, 5 lbs of weight loss, and my strongest blood glucose numbers ever?

I'm always experimenting in a constant quest to learn about my own diabetes and test things I hear about. This article shares the most fascinating food experiments I've been trying lately. Some of it has been so surprising to me that I thought it might be useful to share with diaTribe readers.

If you find this article useful, check out my upcoming book, Bright Spots & Landmines!

[Editor’s Note: As always, this article should not be interpreted as medical advice. Consult a healthcare provider before making significant changes to your routine, particularly if you are on insulin.]

1. Over the past 80 days, I’ve seen excellent results from eating higher fat (65% of my calories) and a bit lower carb (about 90 grams per day) than I have in the past. I’ve spent 76% of the past 11.5 weeks in the tight range of 70-140 mg/dl, with a low average (118 mg/dl), low hypoglycemia, and low diabetes burden. Combined, these are the strongest numbers I’ve ever seen in myself over such a long time period. I’ve also lost 5 lbs. See CGM, weight, and cholesterol data below.

2. I now eat chia pudding most days for breakfast - little impact on blood glucose, very filling, three minutes to make (no cooking), inexpensive ($0.53/meal), highly portable, and stocked with Omega 3s and fiber. This is a breakfast game-changer, and I’ve created a recipe I really like.

3. For a week, I tried eating my first meal at 12pm and no food after 8pm (16:8 intermittent fasting). This schedule might be very effective for those struggling with breakfast highs or snacking too much at night. I loved having a clear line in the sand: “I don’t eat after 8pm. PERIOD.”

Details, My Data, and Lessons Learned

1. Over the past 80 days, I’ve seen excellent results from eating a bit lower carb and higher fat than I have in the past: 65% of my calories from fat, 21% from protein, and 14% from carbs (average of 90 g of carbs per day). I’ve spent 76% of the past 11.5 weeks in the tight range of 70-140 mg/dl with a surprisingly low average (118 mg/dl), low variability (less than one quarter of the average), and a low risk of hypoglycemia (3% of each day). Time in the wider range of 70-180 mg/dl was 95% over this time period. Combined, these are the strongest diabetes numbers I’ve ever observed in myself over such a long time period. Screenshots from Dexcom Clarity/G5 are below.

Most of my fat calories are still coming from nuts and seeds, but I’ve been consuming more olive oil, a little less fruit, eating eggs with a side salad for lunch, having a bit more fish and higher fat meats (chicken thighs, skirt steak, ground beef), and dabbling with almond flour recipes. You can see previous columns on what I actually eat here, and the benefits I’ve seen from this eating approach here and here, particularly the low level of diabetes hassle and much safer insulin dosing. I’ve been tracking my food with the LoseIt! app.

I recognize this eating approach is a personal choice, but it really seems to work for me. I thought sharing these longer-term numbers would underscore why I stick with it. Obviously, food is not the ONLY reason for these glucose numbers, but it’s responsible for a large majority of it, especially given the low diabetes effort required: I don’t need to carb count or worry about large insulin doses or rapid swings in blood glucose.

I’ve also lost around five pounds over this time period, though I wasn’t intentionally restricting calories. Of course, this could also be due to the breakfast change or eating an earlier dinner without nighttime snacking (see below). I mention it here only because my weight rarely fluctuates more than a couple pounds, and the change has been very consistent since I started eating even lower carb and higher fat in early August. 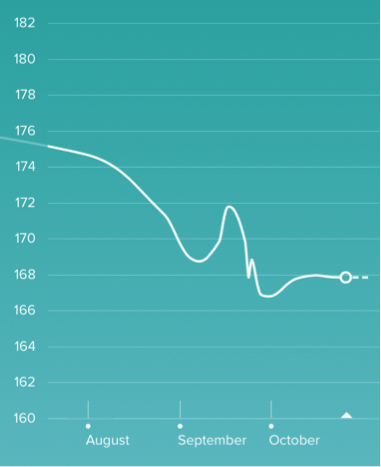 And since I just got lab work done, the table below shares my cholesterol values, which have improved markedly since my high-carb college days. This is a common question I get from nutritionists and diabetes educators: doesn’t a low-carb, high-fat diet increase your cholesterol? I’ve actually seen the opposite – my lipid levels have improved since switching to this eating approach in college. You’ll immediately note that my LDL is very slightly over the <100 mg/dl goal, though I was shocked to learn recently that LDL may not be a reliable risk marker for heart disease – for example, it is not even included in the AHA/ACC, Framingham, or Reynolds heart disease risk calculators. Studies in type 1 (here) and type 2 (here) also suggest other parameters may be more predictive than LDL alone (non-HDL/HDL, Total Cholesterol/HDL). 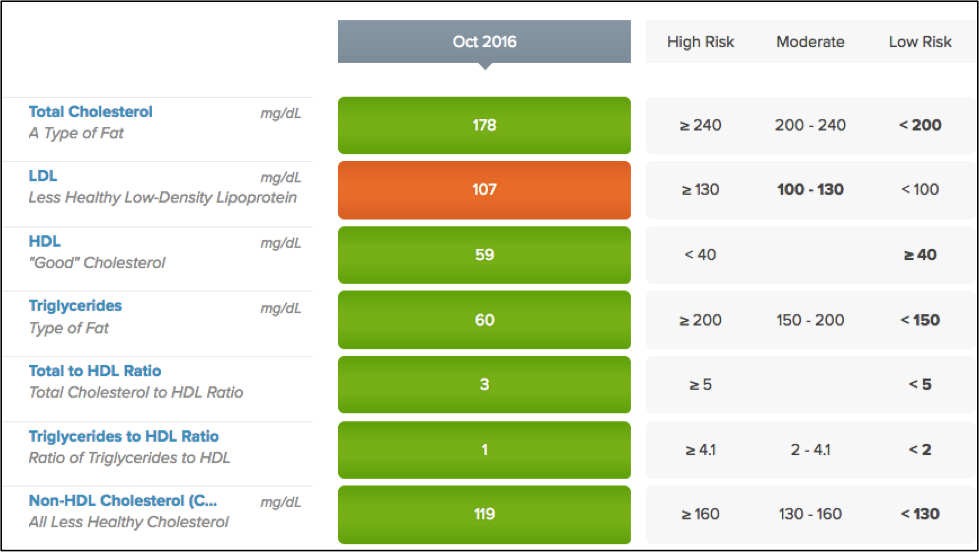 I’m still digging into other heart disease risk markers like particle size (LDL-P, apoB), which some believe are even better predictors than lipid ratios. Thus far, I’m finding this field of research difficult to unpack.

2. I now eat chia pudding most days for breakfast - little impact on blood glucose, very filling, three minutes to make (no cooking), inexpensive ($0.53/meal), highly portable for traveling, and stocked with Omega 3s. I would consider this a breakfast gamechanger. I mentioned this as an aside in my home run breakfast column, but I’m now 100% sold. Chia seeds look like poppy seeds and don’t taste like anything, so it’s all about how they are flavored.

My recipe: I mix 1/4 cup of Chia seeds, 1/2 cup of water, a hearty amount of cinnamon, 1 tbsp of coconut oil, 1 tsp of pure vanilla extract (zero sugar), and some combination of random toppings (usually frozen raspberries and nuts or sunflower seeds). After about a minute of stirring with a spoon and about a minute sitting, it turns into a pudding-like gel. It can also be made in a batch by quadrupling the recipe. There are many other recipes online too, though most have way too much added sugar.

I’ve eaten this about 40 times now and you can see six example glucose profiles captured over the past few weeks below (using Meal Memory + Dexcom G5). I’m seeing a very flat glucose profile nearly every time I eat this, and I’m only taking one unit of insulin at the meal start. Some days I don’t eat again until 1 pm, as I’m just not hungry. 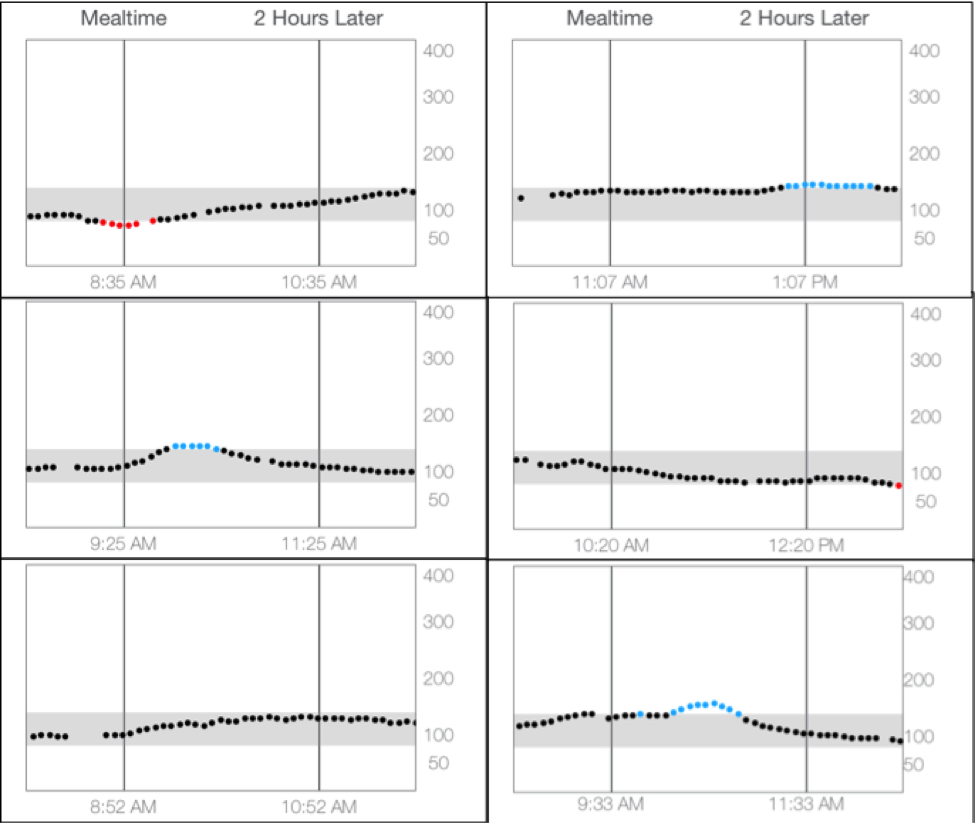 I buy Chia seeds on Amazon in bulk (link; 2lbs for $10), which averages out to just $0.53 per breakfast. This is roughly similar in cost to eating two eggs. Chia seeds can also be purchased in smaller quantities if you want to give it a shot first without taking up pantry space.

Portable for conference travel! I brought a Ziploc bag of chia seeds and a Tupperware bowl on a recent trip to Europe and ate them every day to avoid carb-laden conference breakfasts.

Autopilot, low hassle: I love that this makes breakfast an automatic decision – no worrying about what to eat, cooking it, timing my boluses, and fretting over carb counting.

3. For a week, I tried eating my first meal at 12pm and no food after 8pm (“16:8 intermittent fasting”). My insulin dose declined 10% compared to the prior week, but I saw no major difference in glucose levels. Still, I think intermittent fasting could have value for anyone struggling with breakfast highs or snacking too much at night. Condensing the entire day's eating into an eight-hour window (e.g., 12 pm-8pm or 10 am-6pm) required filling meals during waking hours, plus it limited food intake during the two toughest times of day for me: early morning insulin resistance and low-activity in the evenings.

I often over-snack at night after dinner, so I liked how this schedule put a clear line in the sand – “I don’t eat after 8pm. PERIOD.” I did find it harder to function mentally in the late morning on this plan, so I’m not sticking with the fast until 12pm. But as I discussed earlier this year – and was reminded during this experiment – there is huge value in eating a filling, early dinner and not snacking afterwards.

Please share questions or feedback here or find me on Twitter – you know I love hearing and learning from diaTribe readers! And again, if you’d like to be on the preview list for my book, just let us know.