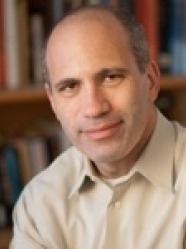 He's been called the devil. He's been told that God will send him to hell. His research has been compared to experiments conducted by the Nazis. Douglas Melton never expected such a critique when he began his career as a frog biologist, but his research - and life - took a very different turn in 1991 when his baby son, Sam, was diagnosed with diabetes. Determined to help, Melton redirected his Harvard lab toward creating beta cells, but he also thrust himself into a bitter national debate about science, religion, and morality.

"It wasnt something I expected," Melton says. "I just wanted to find the cure."

President Bush's veto of legislation in 2006 that would have expanded federally funded embryonic stem cell research has returned the issue to center stage. The legislative outcome could have a profound effect on researchers, none more than Doug Melton, who's been hampered by restrictions imposed in 2001. But the debate could also put Melton himself back into the spotlight.

In many ways, he's the ideal advocate. A lean figure with wire-rim glasses, graying hair, and a gentle voice, he projects middle-class decorum. That belies a fierce intellect and supreme self-confidence, which lead to biting criticism of his peers. (He describes experiments that show that beta cells can regenerate as "not just flawed but laughably flawed.") But in any debate about stem cells, what gives him moral authority is not his scientific credentials but his personal motivation - a parent's primal urge to cure his son as well as his daughter. Ten years after his son was diagnosed, his 14-year-old daughter, Emma, also developed diabetes.

Melton is no stranger to the public square. In 1999 he testified before the U.S. Senate in support of stem cell research, noting that since Sam's diagnosis, "I can't recall a single night that we slept peacefully, free of worry." After George W. Bush was inaugurated, he was summoned to the White House, where the president was mulling policy options. Melton told him that he should view stem cell research the way President Kennedy had contemplated going to the moon - as something bold and visionary that would define his presidency. "That could be your moon shot," Melton said. "You could change the whole health care system."

Bush, of course, ignored his advice. It didn't matter that the actual fertilized eggs used by investigators are surplus embryos from fertility clinics, which would otherwise be discarded, or that the research could benefit many diseases. The president announced on August 9, 2001, that federal funds could only be used for research on embryonic stem cell lines or those derived from a single egg created before that date, but not afterward.

The law itself made little sense. If a fertilized egg constitutes human life as President Bush claims - why is it morally acceptable to destroy that "life" before August 9, 2001, but not after that date? More important, the restrictions severely limited the research, because there simply weren't enough quality stem cell batches (about 20) that complied with the law. The regulations also forced Melton to take extraordinary steps to ensure that no federal money was spent on new cell lines that he lawfully obtained from a Boston IVF clinic. (He receives private money from the Howard Hughes Medical Institute, the JDRF, and other donors.) Melton had to create a separate lab that contained no equipment bought with government dollars, which meant the lab needed separate centrifuges, computers, even light bulbs. "It has slowed us down tremendously," Melton says.

In 2004 Melton was named co-director of the Harvard Stem Cell Institute. The location of his cramped laboratory is kept secret for fear of protestors, and a special key card electronically checks the identity of anyone who enters. While the personal attacks are unpleasant, he actually enjoys the intellectual sparring.

Embryonic stem cells form in the embryo about four days after fertilization and can become virtually any cell in the body, giving them enormous curative potential. The research itself is relatively new, since human embryonic stem cells were not isolated until 1998. Melton's goal - nurturing an insulin-producing beta cell from an undifferentiated embryonic stem cell - is nothing less than divining the mystery of life itself, but Melton argues that it's necessary for curing diabetes.

Melton doesn't need to understand every event that causes an embryonic cell to become a beta cell instead of, say, a bone cell or blood cell, but he needs to identify the few definitive genetic signals that produce one. That could make it possible to create beta cells for transplantation, using embryonic stem cells as a virtually unlimited source and thereby negating the supply problem that surgeons currently have with islets or pancreata.

But is such an outcome really possible? Melton says it is, but neither he nor any other stem-cell researcher is close; and after 15 years of work, his wife sometimes reminds him of this. "She'll say, 'You've been working all this time, and you haven't cured the disease,'" he says. "That's a lot on my mind." But so too are his children, and that's why - regardless of personal threats or government roadblocks - he's not about to stop.

- James S. Hirsch, the managing editor of diaTribe, is the author of "Cheating Destiny: Living with Diabetes, Americas Biggest Epidemic".