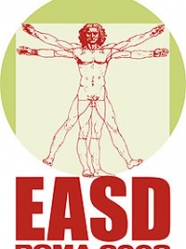 In September, the diaTribe team took a transatlantic flight to Italy to bring you highlights from the 2008 meeting of the European Association for the Study of Diabetes (EASD). We're excited to fill you in on the results from two big studies - one on continuous glucose monitoring (JDRF) and the other on the long-term effects of early glucose control. We discuss our take on what the results may mean for you and your diabetes management.

You probably know about Continuous Glucose Monitoring (CGM) either from your own experience or from previous diaTribe articles. It's one of the new technologies that we're very excited about, so we tend to give it a lot of "air time". That said, we're going to give a quick overview for those of you who just started reading about CGM or need a refresher.

CGM devices allow you to get a better sense of what direction your glucose levels are moving, and how fast these levels are changing. They enable you to get a good picture of hourly trends in your sugar levels that tends to be clearer than the picture you get from looking at your blood glucose meter - compare a glucose check once every minute or so to 5-7 finger sticks a day. With this continuous trend information, you can uncover periods of hypo- or hyper-glycemia that might otherwise go unnoticed and optimize your insulin dosing regimen. The technology can also warn you about a potential hypoglycemic event that is about to happen. The CGM device consists of a small sensor that goes underneath your skin to measure glucose levels in the fluid surrounding your cells (not blood glucose), and glucose information is sent wirelessly to a handheld receiver on which you can see your numbers and glucose graphs.

In theory, CGM sounds great - but as we know, it takes a lot more than theory to get doctors and insurance companies to accept new technology. The Juvenile Diabetes Research Foundation (JDRF) sponsored one of the biggest studies on the effect of CGM on A1c and glucose control. In this study, 165 type 1 patients wore one of three available CGM systems (the Abbott Navigator, DexCom SEVEN, or the Medtronic Paradigm) for six months.

The results of the trial showed two main things. First, CGM can help patients improve their blood sugar control. Adults using CGM lowered their A1c by an average of 0.5%. In children and teenagers, there was no significant difference in A1c with CGM use, although there was a decrease in A1c on average in children in the study. In fact, in children between 8-14, a significantly greater percentage of them (15%) reached the ADA goal of A1c under 7% than their counterpart NOT on CGM -- 15% of the CGM group compared to 10% of the non-CGM group.

However, before you jump to conclusions, you should understand the second result from the JDRF trial. In all age groups, the people who got an A1c benefit from CGM were the ones who used it more frequently. Even in adolescents, who are considered the most challenging group to treat by endocrinologists, those patients who used CGM at least 6 days per week improved their A1c by about 0.5%. So in the end, we think it comes down to one message: If you decide to invest in a CGM device, and you commit yourself to using it frequently and making changes based on the results, you will probably be able to improve your glucose control.

the UKPDS follow up study: the lasting effects of glycemic control

Doctors are always telling diabetes patients to keep their blood sugar under control, but how do they know that good control is important? The results from the UK Prospective Diabetes Study (UKPDS) provide yet another excellent reason. This study was done in the 1980s to examine the long-term effects of blood sugar and blood pressure control on type 2 diabetes. In the glucose control part of the study, people were put in either a standard group (final A1c of 7.9%), or an intensive group (final A1c of 7.0%).

At the EASD meeting, researchers discussed results from a study in which participants in the UKPDS trial were tracked for 10 years after the UKPDS trial ended. By that time, the differences in control between all the groups had disappeared, supposedly leaving them on an even playing field for complications like heart disease or eye disease.

However, researchers found that people who had been in the intensive glucose control group - meaning that they had achieved good control of their blood sugars in the past - still had a benefit in terms of microvascular and some macrovascular complications, even 10 years later! They called this a legacy effect. In the blood pressure analysis, they did not find a similar legacy effect of previously improved blood pressure control, although blood pressure control was associated with a reduced risk of complications in hypertensive type 2s.

So what's the takeaway from this trial for us and our loved ones with diabetes? The biggest point is that taking control of your blood sugar MATTERS, and it matters a lot. The largest benefits of control happen when you can maintain it over a long time, and the earlier we start, the better.