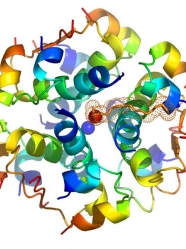 On November 8, an FDA advisory panel voted 8-4 to recommend approval of Novo Nordisk’s ultra-long-acting basal insulin degludec (to be marketed under the name “Tresiba”), as well as the premixed combination of 70% degludec/30% fast-acting Novolog (to be marketed under the name “Ryzodeg”). As readers may know, the FDA generally tends to follow the recommendations of its advisory panels when making final decisions regarding approval of new drugs, but it is not required to. While the panel was enthusiastic about the benefits of degludec – specifically, potentially less hypoglycemia, particularly nocturnal hypoglycemia, a more flexible dosing schedule, and a flatter and more stable profile – the panel did acknowledge a possible increased cardiovascular risk associated with degludec compared to other basal insulins. Although most of the analyses so far suggest the evidence for this risk is not statistically significant, the panel unanimously recommended that Novo Nordisk undertake a large study (expected to be around five years and approximately 7,500 patients) to ascertain if there is in fact any increase in cardiovascular risk. Based on discussion and voting at the end of the day, we believe this decision was made to rule out any risk or liability and that most of the panel members did not believe there was a “real” risk. Unsurprisingly, and fortunately for Novo Nordisk, the panelists were in favor of conducting this study following approval, so it should not represent a stumbling block to degludec’s final approval by the FDA. There is no current timeline for the agency to make a final decision on both degludec and the degludec/aspart combination, though we will update readers once that timeline is made clear.

The advisory panel’s positive vote is certainly good news, though it wasn’t necessarily the expected outcome based on the often tense atmosphere during the meeting. Serious questions were raised not only about the potential cardiovascular risk but also about whether degludec really represents a significant improvement over currently available basal insulins. However, the majority of the advisory panel appeared to decide that these concerns were broadly outweighed by the drug’s benefits – again, a flatter and more stable profile, reduced risk of hypoglycemia (especially overnight), and the flexible dosing options afforded by degludec.

The product’s flexible dosing option appeared to be one of the most compelling advantages to the panelists, as its long duration of action is unmatched by any available insulin. While Novo Nordisk is officially recommending that degludec be taken at the same time each day, patients have the possibility of postponing or advancing the injection time as needed (a minimum of eight hours and a maximum of 40 hours between the injections). For instance, if your last degludec dose was on Monday at 9 am, your Tuesday dose could be taken at 5 pm, and your Wednesday dose could be taken at 9 am again. This is possible in both people with type 1 and type 2 diabetes due to the drug’s ultra-long-acting profile. The majority of panelists decided that these benefits had significant potential to close a real gap in treatment, and that gap could not wait for the five years it would take to complete the cardiovascular outcomes trial prior to approval. Multiple panelists on both sides of the final vote stressed how difficult a decision this was, weighing the demonstrated benefits against the relatively small possibility that the drug represents a cardiovascular risk.