How Can We Make Mainstream Trends of Health and Wellness More Inclusive of Other Cultures? 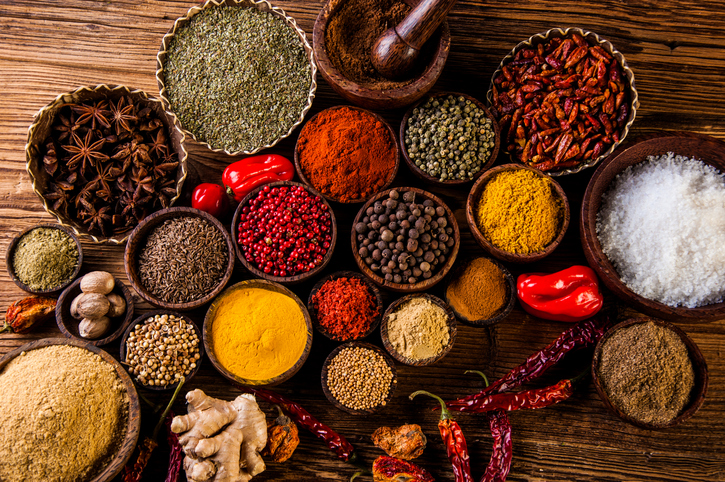 My mom asked me, perplexed by a recipe for chia seed pudding that she came across online. For my Chinese immigrant parents, chia seed is not part of their vocabulary, let alone their pantry. No matter how trendy it is or how many times it’s labeled a “super food,” there is little chance that my parents, and perhaps many other immigrants, would know how to integrate it into their cooking.

Their resistance is not because they’re disinterested in health and well-being – the dissonance comes from the fact that our East Asian nutritious foods simply look different from the Eurocentric “healthy plate.” While we may not use beets, we love cooking with lotus root, a root high in fiber, minerals, and vitamins. While we don’t traditionally eat Brussels sprouts, one of my mom’s favorite vegetables is bitter melon, a nutrient-dense vegetable that has been linked to reducing blood sugar.

Unfortunately, this disconnect between cultural groups and mainstream health narratives is not uncommon. At the New York Times event “The Future of Food” on October 30th, activist and farmer Kristyn Leach described her experience investigating health disparities within elderly Asian American populations. One example was of a Chinese grandmother who refused to eat broccoli, despite being told by dieticians that she needed to eat more vegetables. However, after conversing with her in her native language and asking her the right questions, the dieticians realized that while she didn’t want broccoli, she did want gai lan, a Chinese cultivar of broccoli.

“Actually listening to people makes a difference in health outcomes,” Leach said. “Instead of talking down to people, listen to what they really know. We can improve the stark health disparities that people face by starting from the ground up.”

This person-centric approach is vital when working with different ethnic groups, especially given that chronic conditions such as diabetes and obesity disproportionately affect people of color. Evidence suggests that integrating cultural competency into health education improves diabetes outcomes and patient satisfaction. Wholesome, nutritious foods have real power and potential to change the impact of chronic illnesses, but only if they can fit into the cultural context of the person eating those foods.

Why is this disconnect happening?

When you do an internet search for healthy recipes, what results appear? A lot of kale salads, grilled chicken breast, and quinoa bowls. A typical image of the USDA’s MyPlate consists of half a plate of fruits and vegetables, like broccoli and apple slices, a palm-size portion of lean protein like chicken, and a grain like brown rice. In addition, health and wellness companies fixate on the idea that a thin Caucasian woman doing yoga in the park and smiling over a bowl of spinach is the picture of health.

People of color are constantly bombarded with the notion that Eurocentric eating patterns are the only option for a healthy diet. Not only are these unfamiliar foods often unappealing, but they are also isolating. “It almost puts shame on their own cultural foods, because they feel like they have to give up foods they love just so they can be healthy,” Nazima Qureshi, a dietician who works with South Asian and Middle Eastern Muslim women, told the Washington Post.

Moreover, asking people to switch over to a completely different diet is unsustainable. Food is more than sustenance; what ingredients are used, how the dish is prepared, and how it is consumed are integral parts of cultural identity, heritage, and tradition. Prescribing a diet that doesn’t adhere to these customs makes it difficult for people to adopt long-term. In order to drive lasting change in health, it is crucial that nutrition education allows people to practice their food culture and customs.

How do we resolve this?

Representation matters. When health marketing only promotes thin, affluent Caucasians and when popular recipes only include ingredients from one part of the world, it excludes people who do not identify with this narrative. Moreover, 78% of dieticians in the U.S. are white, whereas only 60% of U.S. citizens are white. This lack of diversity within the nutrition field makes it all the more important for current dieticians to become familiar with different food cultures.

For example, Wendy Lopez, co-founder of Food Heaven Made Easy, told Self, “Oftentimes, I get clients who feel defeated because they don't want to leave behind the tortillas or plantains, but think it's something they have to do in the name of good health. I use this as an opportunity to shift the conversation and provide education on all the amazing foods they can enjoy, that not only benefit their health, but are also culturally relevant.” To effectively engage with the patient in a way that is culturally sensitive, it’s important to ask the right questions:

In addition, using images of ethnic families and speaking a common language are hugely relevant and impactful for people of different cultures. Being able to identify with the health information they receive is significant to feeling comfortable and understood, which in turn supports their ability to make healthier choices on their own terms.

How does food culture play in to plant-based meats?

At the New York Times’ event, Rebekah Moses from Impossible Foods – which makes plant-based “meat” products – also offered a unique perspective on the importance of food culture. “Beef is delicious,” she said. “It’s important for certain food cultures, and telling people to stop eating it seems patriarchal. However, if you provide a consumer alternative using a commodity soy product that is healthy and sustainable and can be true to food culture, that’s a net positive.”  Instead of asking meat-eaters to give up beef and eat salads, Moses is suggesting that a plant-based burger – which looks, feels, and tastes like meat – is a more effective and realistic option for meat-eaters who are looking for healthier diets. And it’s working: Moses reports that 95% of their customers also eat meat and dairy, meaning that their product is not one that only attracts vegetarians.

Just as how recommending bok choy to a Chinese family is providing them with a culturally relevant healthy option, Impossible Foods aims to provide healthier, more sustainable meat products to consumers who already eat meat. When we meet people where they’re at, rather than try to completely alter their diet, we can find success in creating a healthier society.