How Do We Reduce Diabetes Stigma and Guilt?

By Amelia Dmowska and Adam Brown

AADE’s Dr. Susan Guzman and diaTribe’s Adam Brown discuss how common stigma is, why it matters, and tips to overcome it 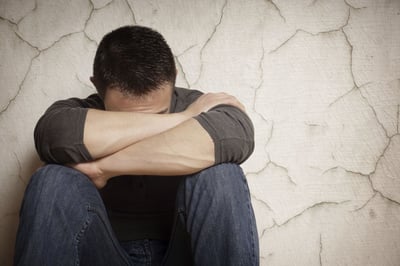 At the 2016 Annual Meeting of the American Association of Diabetes Educators (AADE), Dr. Susan Guzman (a psychologist and co-founder of the Behavioral Diabetes Institute) and our own Adam Brown shed light on diabetes stigma and guilt – a very big, often overlooked and underappreciated part of living with diabetes.

In her presentation, Dr. Guzman emphasized that diabetes educators and physicians need to actively work to replace the negative messages circulating around diabetes.

One person with type 1 diabetes told Dr. Guzman that when seeking medical consultation, her endocrinologist called her A1c over 6.5% a “failure” and used critical language to discuss her weight; she felt so ashamed that she tried to conceal her diabetes from friends, employers, and strangers. Dr. Guzman urged physicians to cease using harmful messaging, such as “non-compliant,” “unmotivated,” and “failure.” These terms discourage and embarrass rather than motivate; they are often also misguided in origin. Words like “prevention,” “reversible,” and “cure” can also contribute to stigma by inadequately recognizing the long-term efforts and constant decision-making involved in diabetes.

diaTribe’s own Adam Brown discussed results from a survey jointly conducted by The diaTribe Foundation and dQ&A that revealed the disturbingly pervasive nature of diabetes stigma: it affects 52% of people with type 2 diabetes and 76% with type 1. It was counterintuitive to many in the audience – “I thought type 2s felt more stigma?” – but take a look below at Adam’s slides (and a video of his presentation!) for the details. Key points illustrated by the survey data include:

What can we do about stigma?

Many people with diabetes recommended changing the public conversation about diabetes to help reduce stigma. It starts with proper education about what causes diabetes (not “being fat and lazy”), how it is treated, and how demanding it is.

Healthcare professionals can also make a real difference in diminishing stigma and changing the conversation surrounding diabetes by shifting language, mindset, and attitude: