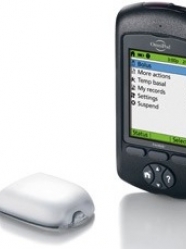 On December 14, the FDA granted 510(k) clearance for Insulet’s next-generation, much smaller OmniPod insulin patch pump, concluding a lengthy 19-month US regulatory review process. Insulet expects to begin shipping the new pump to patients in early 2013. As we’ve been reporting, the new OmniPod is an impressive 34% smaller, 25% lighter, and 16% slimmer than its first-generation predecessor, yet it retains the 200-unit insulin reservoir and no tubing. We’ve seen it in person and can attest to the noticeable improvement in size over the current OmniPod.

The design of the second-generation pod has some new“human factor screens”, which we’re looking forward to seeing. Notably, the new OmniPod features improvements in both correction and meal boluses to calculate insulin on board (the current pod only accounts for meal boluses) – we know many diabetes educators and doctors who will be very excited about this. We’re also psyched to see that the new OmniPod features a greater wireless communication range between the pod and the updated handheld Personal Diabetes Manager (PDM) (up to approximately eight feet, compared to two feet in the current pod), The new OmniPod was officially launched at the EASD conference in Berlin, Germany, in October – patient feedback that we’ve heard has been excellent thus far and we look forward to writing a test drive in diaTribe #51 - we’re very eager to get our hands on one as we really think this product will make many more patients want to try pumping.

How do you get the new system? This will depend on your particular circumstances: 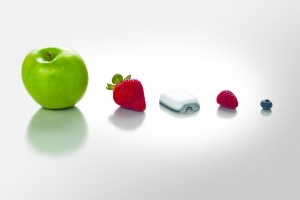 Insulet has announced that it will contact all current users by phone or email to inform them when it is time to upgrade – we’re sure many patients will be calling them as well. –AW/AB/KC