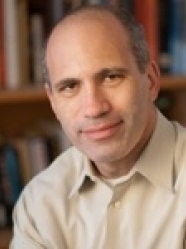 “He was a soldier, a writer, an activist, a politician, a voice, a leader, a father, a husband, and a friend.”

He was all of those, and he was something else.
He was a diabetic.

Last month’s anniversary of Jackie Robinson’s historic achievement allowed America to remember his extraordinary life. In 1947, when he played his first game for the Brooklyn Dodgers, he shattered some of the country’s most pernicious, yet deeply held, biases toward black Americans. During his career, he withstood racial epithets from opposing players, threatened boycotts from his own teammates, hostile boos from fans, and death threats from enemies. But he played with daring, skill, and courage, amassing a Hall of Fame career while also serving as a front-runner for the modern civil rights era. As the author Jonathan Eig wrote, “Robinson showed black America what was possible. He showed white America what was inevitable.”

Accordingly, Robinson has been celebrated in books, movies, documentaries, songs, short stories, poems, term papers, and sermons. Yet precious little has been written or said about the role of diabetes in Robinson’s life – how it may have cut short his baseball career and how it certainly cut short his life. The tragedy is not simply that diabetes killed a great man who still had so much to give. It is that Robinson himself – who spoke out forcefully on civil rights, politics, and business – wanted to keep his disease quiet, and those who carry on his name have continued that legacy.

Why does it matter that Jackie Robinson had diabetes? Because perceptions matter, and Robinson could have blunted some of the misperceptions that existed during his life and to some extent still remain: that the disease only affects people who are old or overweight, or that the discovery of insulin has either cured it or at least made it not that serious.

Patients, of course, have always known the realities of diabetes, but over the years, they rarely advocated for themselves. On the contrary, they were more apt to conceal or even lie about their condition, either out of misplaced shame or genuine concerns about discrimination. 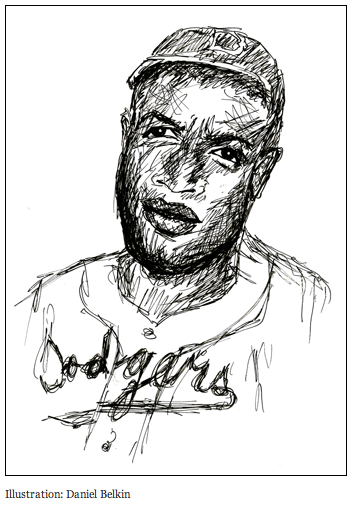 The landscape changed somewhat with the founding of the Juvenile Diabetes Foundation in 1970, which became an energetic voice for diabetic children and enlisted several celebrities (most notably, Mary Tyler Moore) to the cause. But even as diabetes became a mainstream disease, it’s had difficulty gaining traction as a serious public health threat. In a recent speech, President Bill Clinton acknowledged that he didn’t understand the scope of the epidemic until after he got out of office. Between 1980 and 1994, NIH’s research dollars for diabetes – as a percentage of its entire budget – declined slightly even as the number of diabetics had doubled.

Why does it matter that Jackie Robinson had diabetes? Because his story, if known, could be a rallying cry for better care, for more research dollars, for greater understanding – and a poignant reminder of the true costs of this disease.

hyperglycemic while still in uniform

Robinson’s health problems began while he was still playing for the Dodgers. His knees and ankles chronically hurt, and his arm was often sore. He also struggled with his weight. After his rookie season, he went on a celebration tour through the Deep South, “ate like pigs,” and gained 25 pounds. His weight would fluctuate throughout his career.

Robinson retired at age 37. After 10 seasons, his performance had begun to decline, and his health was also poor, though it’s unclear if he was diagnosed with diabetes while he was still playing or immediately after. In what’s considered the most definitive account of his life, “Jackie Robinson: A Biography,” Arnold Rampersad wrote that he was diagnosed “about the time of his retirement.” If nothing else, it’s safe to assume that Robinson was hyperglycemic while still in uniform. Robinson discovered his diagnosis on a routine visit to his physician. “He left in high spirits,” said his friend, Jack Gordon. “But when he came back … he was very quiet. He said that the doctor had told him that for someone who had played sports for so long and didn’t smoke or drink, he had never seen a body so badly deteriorated. Jack found out he had diabetes. It was very, very sad.”

His diagnosis could not have come as a complete shock. Two of Robinson’s brothers, Edgar and Mack, already had diabetes. Jackie was immediately prescribed insulin. He initially practiced his injections on tomatoes, then he took the shots himself. His biggest challenge was his diet. As his wife, Rachel, told Rampersad, “He used to put away a pint of ice cream at one sitting. That stopped, along with the pies and cakes.”

a painful connection to his mentor

In a painful twist of history, diabetes would forge another link with the man most responsible for Robinson’s fame. Branch Rickey, as the president and part-owner of the Brooklyn Dodgers, signed Robinson with the team and then became Robinson’s beloved mentor and father figure. Unfortunately, Rickey’s eldest son, Branch Jr., also had diabetes, and he died from complications in 1961 at age 47.

In his retirement, Robinson was involved in business and politics, he wrote a newspaper column (tackling subjects ranging from housing to migrant workers to trade unions), and he was active in the civil rights movement. His biographies cite no examples of his speaking out on diabetes, but the disease hospitalized him on several occasions. His heart was balking, his sight was beginning to cloud, and his decline was irreversible. By 1969, he was still seen as a paragon of strength and courage, but his doctor could not discover a pulse in his legs. He told Rachel Robinson that her husband would be dead in two or three years. “Jack did not want to hear that news,” Rachel told Rampersad. “He would not talk about death. Denial was his greatest prop, and he denied that he was dying.” The following year, Robinson suffered two mild strokes that left him unsteady and with numbness on his left side. Blood vessels continued to rupture in his eyes. In 1971, he received experimental laser surgery, but the vision is his right eye was almost completely gone; and his left eye was badly impaired. By 1972, walking had become increasingly difficult, and his doctors knew that both legs, lacking sufficient blood supply, needed to be amputated. Robinson, however, refused to succumb to self-pity or even acknowledge his own mortality. As his doctor noted after one visit, “The patient, as always, says he feels great.”

an autobiography, and a missed opportunity

In 1972, Robinson’s autobiography, “I Never Had It Made,” was published. By then, he knew what diabetes had done to his life – he couldn’t even read the galleys – and he (or his ghostwriter) could have used the book as a platform to raise awareness of diabetes and urge improvement in care. Just as he walked onto Major League ball fields to clear the path for future generations, he could have spoken out for patients who would follow his footsteps. Instead, Robinson only made two fleeting references to diabetes, in ways that completely misrepresented the condition. “Although I have lost one eye and have impaired sight with the other,” he wrote, “there has been remarkable improvement recently. I’ve always been a fighter, but this is one fight I could have never won alone.”

The fight didn’t last long. On June 4, 1972, he attended an Old Timers’ Game at Dodger Stadium, and – as one observer wrote – “when he walked out on the field to be introduced to the wildly cheering crowd, he walked like a man of 80.” Then on October 15, he was honored before a World Series game, and he gave a speech most remembered for his plea that Major League baseball hire a black manager. When a fan asked him to sign a baseball, he said, “I’m sorry. I can’t see it.”

a hole in a hero's legacy

Around the time of his death, at a public meeting sponsored by the American Diabetes Association, then president Max Ellenberg cited Robinson as one of those famous figures who kept their disease “in the closet.” Now, at a time when type 2 diabetes is ravaging the African American community, some medical leaders recognize that Robinson’s secretiveness represents a lost opportunity. Former ADA president Ronald Arky, for example, vividly remembers radio announcer Red Barber’s description of Jackie Robinson dancing off first base as he prepared to steal second; Arky says he’s always wanted to speak with Rachel Robinson about the onset of Jackie’s disease, his family history, and his treatment, but he never has.

It’s possible that Robinson didn’t talk about his health because he didn’t want people to feel sorry for him. He may also have felt shame or embarrassment. He wouldn’t be the first, nor last, to feel that way. And how much more could we expect from Jackie Robinson? A hero only has so much heroism to give. But we can expect more from others. To sustain her husband’s legacy, Rachel founded the Jackie Robinson Foundation, which provides college scholarship money and mentoring to minority youths. The Web site, which includes a biography of Jackie’s life, makes no reference to diabetes. Mrs. Robinson, who is now in her 80s, looked radiant during her speech at Dodger Stadium last month to celebrate the anniversary of Jackie’s arrival in the Major Leagues. But asked to be interviewed for this column, a spokeswoman, Barbara Tribble-Sawyer, said: “She does not want to be interviewed on this subject.”