On June 11, Glooko and the Joslin Diabetes Center announced the release of their HypoMap software, a cool product that really should be able to identify and help improve hypoglycemia unawareness. The software relies on a patient survey within the existing Glooko mobile app; after patients upload glucose data, HypoMap will flag episodes of low blood glucose that have occurred within the past two weeks. Patients will then be prompted to enter more information about the hypoglycemia episodes: the symptoms they experienced, such as sweating or feeling nervous; what they think caused the low, like too much insulin or overexertion during exercise; and how they treated it, such as drinking juice. The software then maps the symptoms onto an awareness grid, allowing providers to identify patients that cannot feel symptoms of hypoglycemia until very low glucose levels. The goal is to educate users about their own diabetes and improve their awareness of their own hypoglycemia, and part of that process is helping providers identify which users are at the highest risk of severe hypoglycemia episodes. HypoMap will also direct patient-provider conversations to patients’ most pressing hypoglycemia issues. Currently, the software is only available to Joslin patients, though Glooko expects to make it available to more providers and health systems soon, and we look forward to learning more details about privacy and different ways the data can be used. 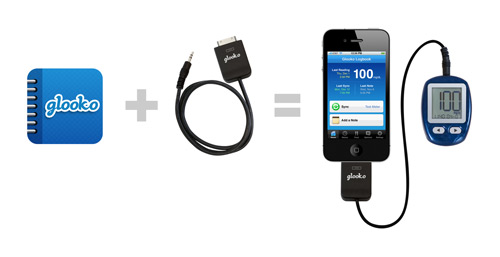 The Glooko system consists of a universal MeterSync cable that can download glucose data from 27+ glucose meters (Accu-Chek, Bayer, FreeStyle, OneTouch, and Nipro) to an Apple/Android smartphone app (29+ compatible mobile devices). We’ve found the download process pretty hassle-free and the app’s charts and graphs highly useful (particularly the time in range graphs by time of day). The data is also viewable by patients and providers on a web dashboard. The MeterSync cable is $39.95 on Amazon – right now only the Android version of the cable is available, as a Bluetooth version is coming soon for both Apple and Android. –AJW/AB