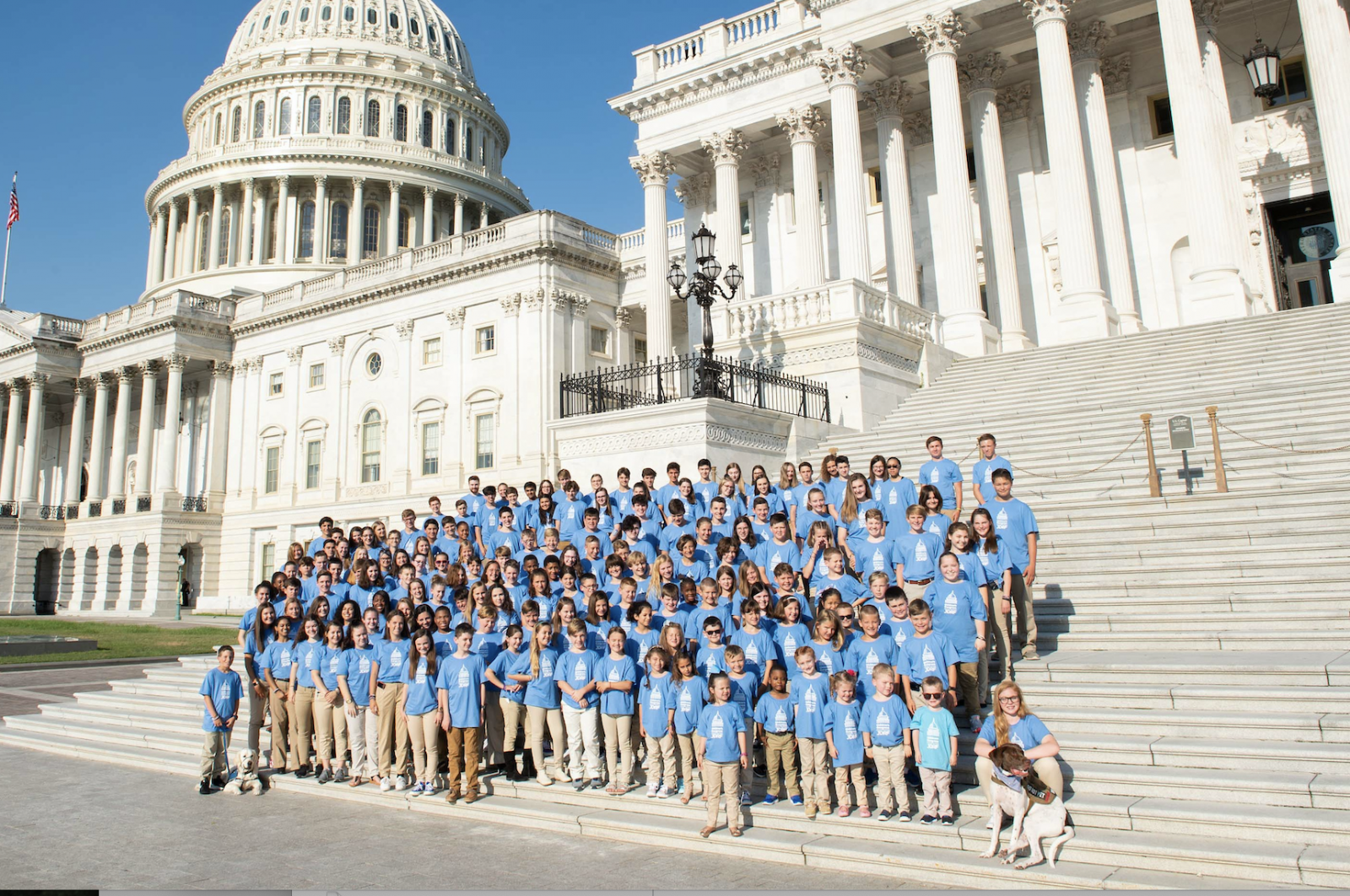 Children, ages 4 to 17, met with Members of Congress to help them understand what it’s like to live with type 1 diabetes and why research for a cure is so important. Fifteen-year-old Jamie Kurtzig, who has had diabetes since she was one year old, was a delegate from California 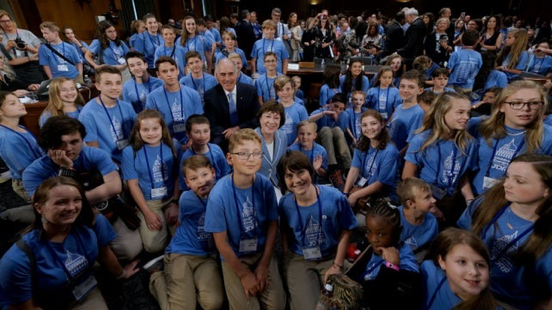 The SDP gives $150 million each year to fund NIH and FDA diabetes research, reduce the cost of insulin, and promote healthcare reform to support people with type 1 diabetes. The SDP expires on September 30 of this year. So far, 68 senators have agreed to change the funding period from two years to five years and to increase the funding to $200 million.

To begin the Children’s Congress, Dr. Aaron Kowalski, the President and CEO of JDRF, welcomed everyone with an inspiring speech. He explained the major advances in closed-loop technology made possible through SDP funding, and mentioned the promise of beta cell replacement (replacing destroyed beta cells with cells that make insulin). “We are making great progress with technology, but the goal is cures,” Dr. Kowalski reminded the crowd. He added that it is unacceptable that some people can’t 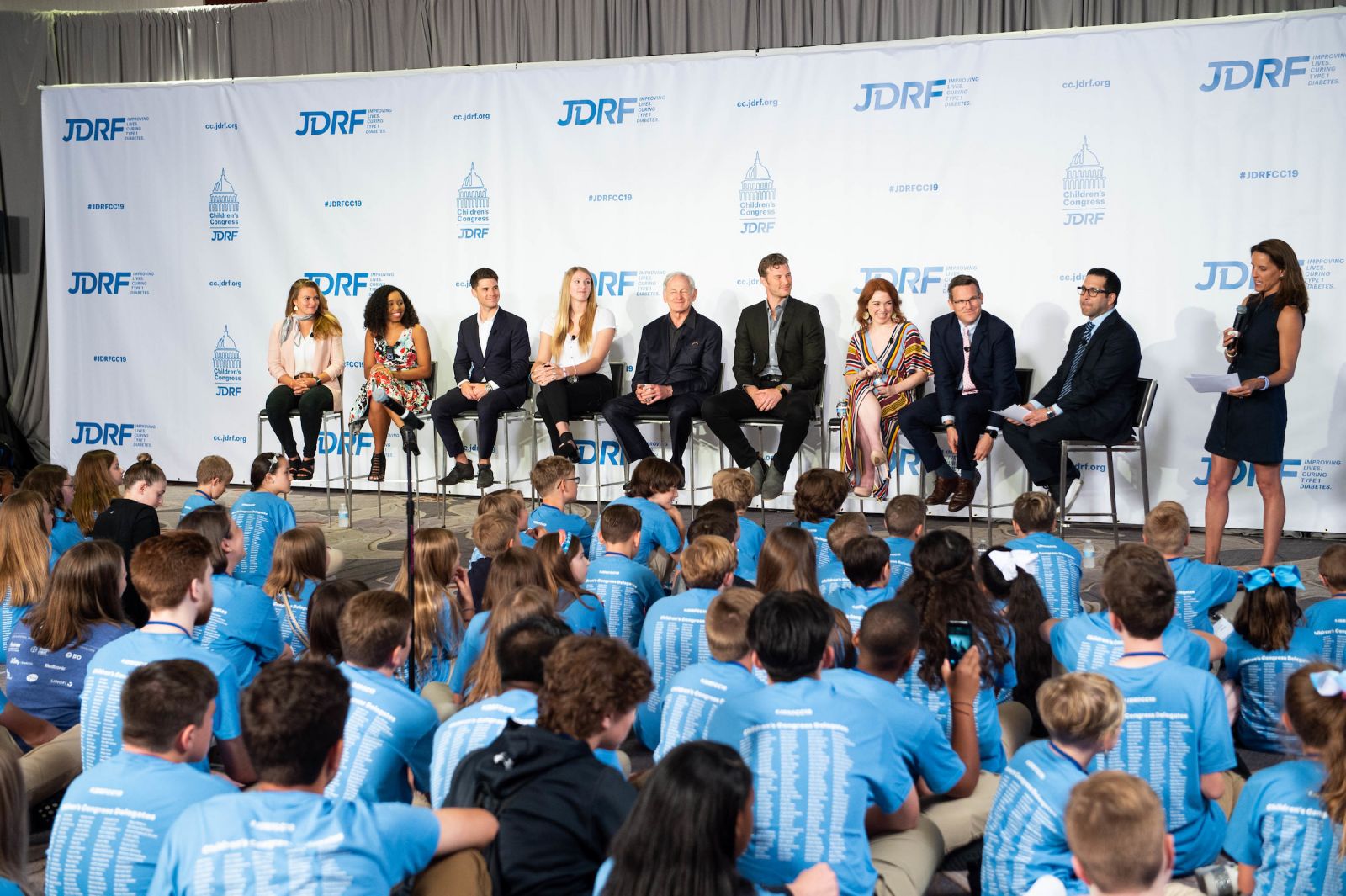 The Children’s Congress was attended by many successful and inspiring people living with type 1 diabetes. They shared their personal journeys and lessons learned with the delegates throughout the three-day event. 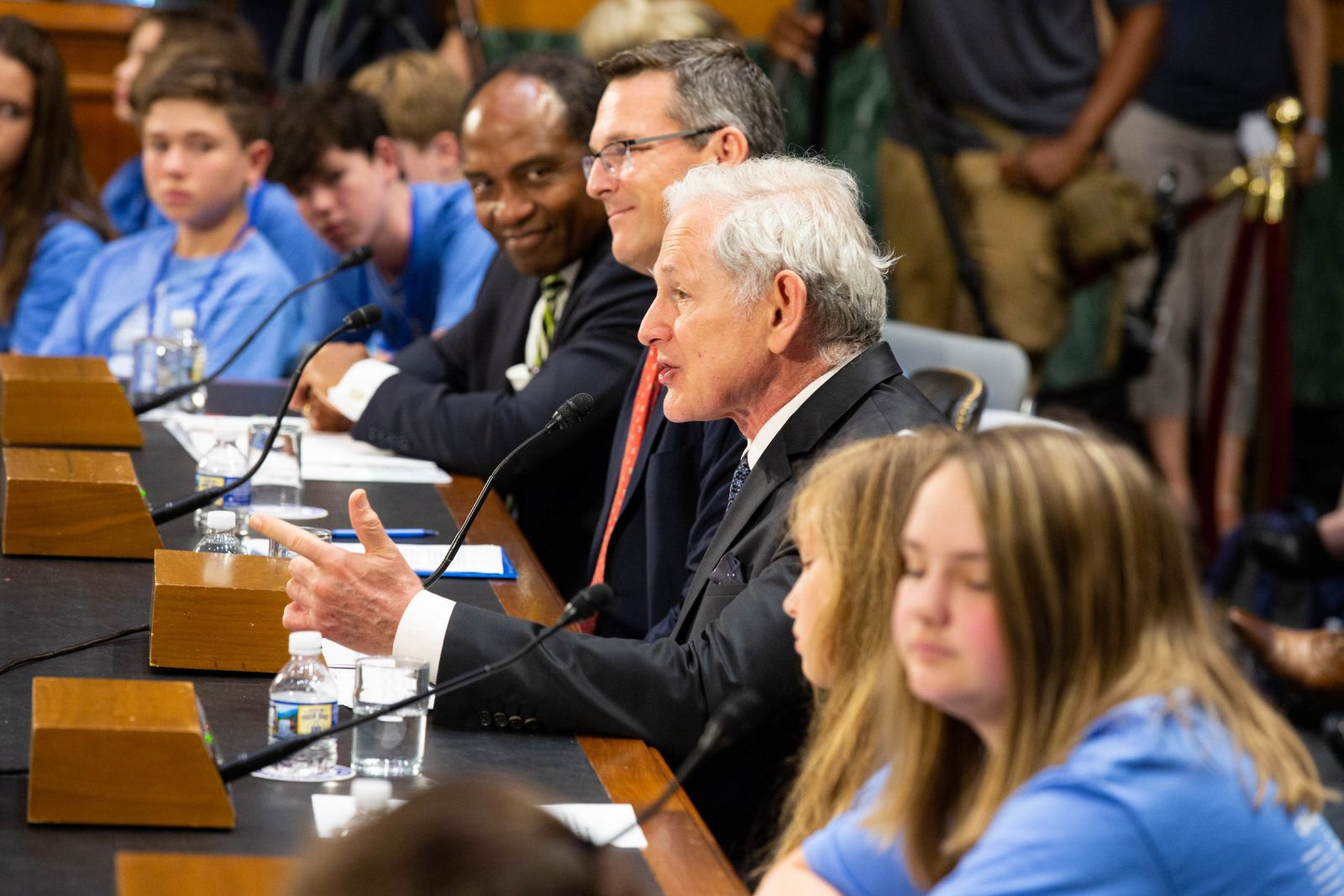 On the third day of the conference Dr. Kowalski, Director of the National Institute of Diabetes and Digestive and Kidney Diseases Dr. Griffin Rodgers, Victor Garber, Ruby Anderson (a 9-year-old delegate), and Adriana Richard (a 16-year-old delegate) testified before Congress about why we need to renew the SDP and lower the rising cost of insulin. Ruby said that if scientists don’t find a cure soon, she will. Garber recalled his mother’s look of terror when he was diagnosed at age 11, learning that he would need to boil syringes and test blood sugar using urine. His goal is to stop other mothers from experiencing the same. Garber added that he thinks it is ridiculous that people need to go to Canada to be able to afford insulin. Dr. Kowalski and Dr. Rodgers both emphasized that there has been much progress with closed-loop systems, but we need to focus our attention on finding a cure. 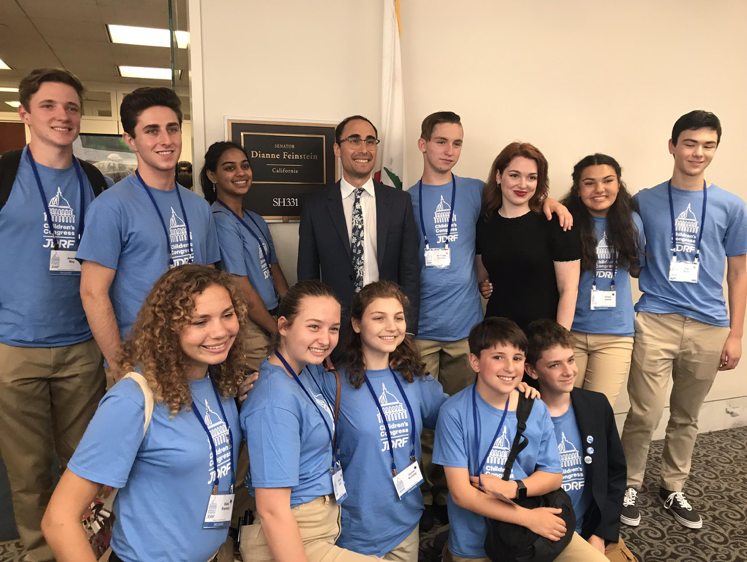 I had the opportunity to meet with Kathryn Irwin (Senator Kamala Harris’s aide), Hermes Taylor-Weiner (Senator Dianne Feinstein’s aide), and Jordan Sciascia (Congressman Jared Huffman’s aide). I told my members of Congress how impactful closed-loop technology has been in my life. I encouraged them to further fund research because I once experienced an insulin pump malfunction that resulted in a life-threatening insulin overdose. I also urged them to lower the price of insulin as this will dramatically impact me as an adult. All three legislators agreed with JDRF’s asks – thank you, amazing members of Congress!

The JDRF Children’s Congress was an absolutely incredible experience, and I have my fingers crossed that Congress renews the SDP and supports our legislative priorities.

Jamie Kurzig is a seasoned writer at diaTribe – see her piece on her experience with Loop here. Jamie is a Junior Summer Associate this summer with Close Concerns.