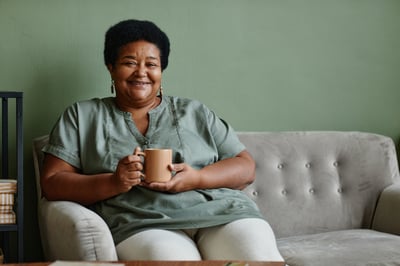 Inspiring stories about people who accomplish impressive feats with diabetes are important and heart-warming, but they can also be problematic. Our friend, Renza Scibilia, diabetes advocate and founder of the Diabetogenic blog, shares an interesting perspective on why stories of people who “leave mountains unclimbed” are equally important.

Twenty-four years ago, sitting in the office of an endocrinologist, I was told what my life with diabetes would look like. After asking if I had ambitions to pilot a passenger aircraft or join the armed forces and hearing me laughingly say “nope,” he convincingly told me that my life would be perfectly normal, and that diabetes wouldn’t stop me.

I didn’t realize until a number of years later just how problematic that word ‘normal’ would be. It took many conversations with other people with diabetes, away from the glare of needing to feel like a diabetes superhero, for me to realize that framing diabetes in that way had affected a lot of how I felt about the disease. Sometimes I did feel different. Sometimes I didn’t feel normal. A lot of the time I felt worn-out. Why was that?

There is a lot of positivity in the diabetes community. Wonderful stories of people setting their sights on truly lofty ambitions and then sharing with the community the way those ambitions have been achieved. The constant inspirational posts across social networks of remarkable people doing remarkable things can be a source of hope, admiration and confidence. These are the stories that are featured in diabetes magazines and splashed across the Sunday papers’ good news stories.

They are important. But they can also be problematic.

Diabetes is complex, and there are as many attitudes about life with diabetes as people living with it. There will be times that diabetes does stop us. No matter how much we chant that it won’t, there are moments when it absolutely will. It could be in the short term – taking time out to treat a low. Or it could be more long term – meaning we might need to rethink certain ambitions and rescale certain goals.

The issue isn’t really “will diabetes stop us at times?” That is simply the reality. The problem is when we see stopping as a failure. I recently spoke with a few of my fellow Austrailians with diabetes at a peer group meeting for this article under the agreement that they would only be identified by their first name.

“It’s the toxic positivity of [diabetes] that I struggle with,” said Melinda, who was diagnosed with diabetes when she was 8 years old. “When I share how frustrated I am about diabetes being difficult and how it has ruined my plans for the day it’s inevitable that someone will jump in and say that diabetes isn’t a barrier and that I just need to try harder. Actually, today, I don’t want to try harder. I just want to cry.”

Reframing how we, as people with diabetes, measure success and our accomplishments can go a long way in improving the way many of us feel about diabetes. In other words, if we rethink what we consider worthy of celebrating and talking about when it comes to diabetes, and not only believe that 'big things' matter, then perhaps people won't feel that they are letting themselves (and others) down if they're not achieving superhuman things.

There’s no shame in saying that we need to stop for a minute. Or a week. It shouldn’t be humiliating to say that we need to change course and plans because we realize that diabetes is going to make it just too difficult. Sometimes we need to shift our plans.

Recognizing just how limiting diabetes can be could even be a positive for some people. In fact, for many, that mindset shift helps them feel great about what they are able to achieve.

“When I stopped thinking that I needed to run a marathon every day, I started to feel great about going for a run with my kids and playing in the park," said Amanda, who has lived with diabetes for 12 years. “I stopped thinking I was failing and started focusing on the things I was doing. It completely changed the way I felt about myself.”

David, who was diagnosed with diabetes 29 years ago, agreed.

“I honestly felt like I wasn’t being the right sort of diabetic,” he said. “But when I mentioned this to others with diabetes, I heard many felt the same way. Learning to give myself a break ironically meant that I did run a marathon in 2019! It gave me permission to do it in my own time and way.”

When he accepted that there were days that he just needed to sit out training and focus on diabetes, he was able to refocus his goals.

“Running a marathon was never a goal,” David said. “I just found a way to accept that I’d have down days and better days. I stopped expecting myself to overcome every diabetes challenge each day and some days just accepted that it was going to stop me. It was liberating.”

As with so much about diabetes, finding a balance is important. Along with those impressive stories of people with diabetes climbing Everest, it helps to hear stories of people who have left mountains unclimbed – either by choice, or because they have had to.

Both types of stories — people who do astounding things and people who live life to the fullest the way they define it — are compelling and necessary. Of course, we admire those who have taken on incredible feats alongside managing diabetes. But it’s also admirable to hear from people who accept that diabetes is the reason they won’t be summiting the world’s tallest mountain and are satisfied with, and able to celebrate, walking up a more modest hill to meet a friend for a coffee.