Making Sense of Ketones with Diabetes 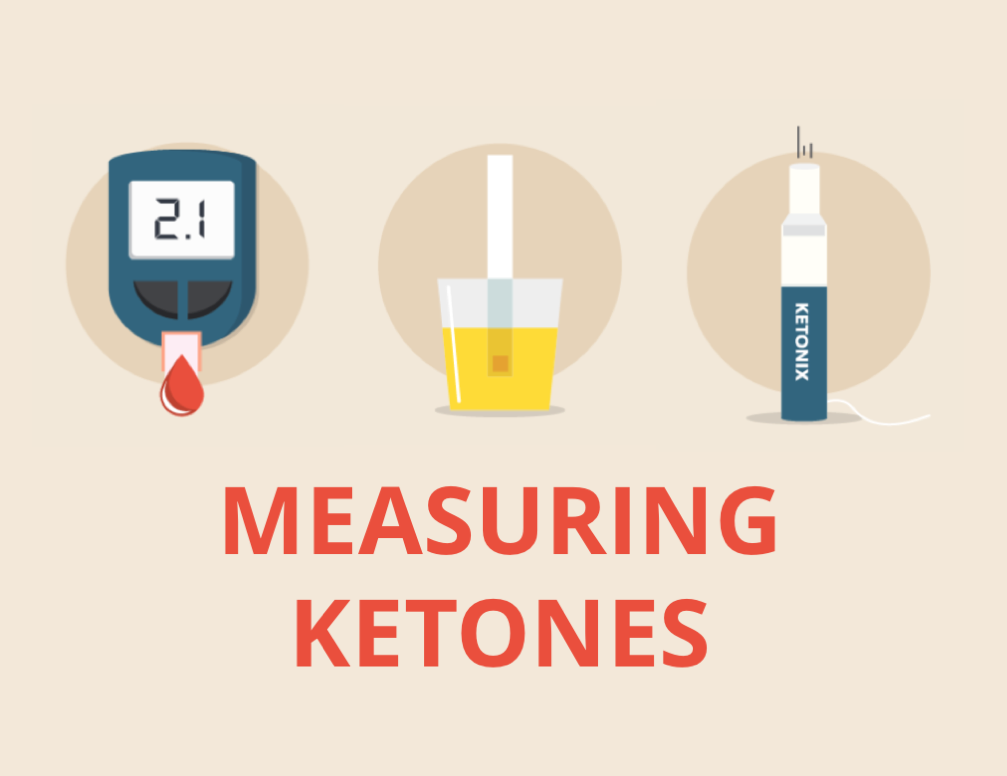 Learn what ketones are, how they are measured, and what to do with the information

Some people with diabetes have a higher risk for diabetic ketoacidosis (DKA) – which can be a frightening complication (click here for a background on DKA). Type 1 patients are at higher risk than type 2 patients, and among type 1 patients, those who are on a class of drugs called SGLT-2 inhibitors are more susceptible to DKA. The good news is that keeping tabs on ketone levels at home can help lower the chance of this complication. This article will break down what ketones are, how and when to measure ketones, and what to do with different ketone levels.

For more in-depth information on when it is most important to measure ketones, click here for our deep dive on DKA.

What is a ketone?

Ketones are alternative fuels for the body when its cells are low on glucose (sugar) for a prolonged period of time; this mechanism originally evolved to help humans cope with long periods without food. When body cells are low on sugar (in diabetes, usually as a result of lack of insulin, the “key” needed for sugar to enter cells), the body releases fat stored in fat cells; the fat then travels to the liver, where it is broken down into ketones, which are used as fuel instead of glucose. This is usually not problematic. Having too many ketones in the blood is called ketosis, and it’s common to be in a low-level state of ketosis when waking up in the morning, as the body was “fasting” during the night.

Because ketosis is the result of fat breakdown, a popular weight loss method is the ketogenic (keto) diet, which uses specific foods low in carbs – and thus, low in sugar – to move the body toward burning fat for energy.

The risk with ketones, however, is that too many in the blood makes it acidic, leading to DKA. To be clear, eating a low-carb or ketogenic diet does usually increase ketone levels, but generally does not cause DKA; rather, if insulin levels are too low, thus restricting cells from taking in glucose, ketone levels climb and DKA may develop.

How do you measure ketones?

Available ketone meters in the US:

2. Ketone strips (urine): measures AcAc (a type of ketone that leaves the body through the urine)

Insurance coverage of urine strips varies by company; call your insurer and ask if they are covered. That said, ketone urine strips are affordable without insurance for many.

3. Ketone meters (breath): measures acetone (type of ketone that is breathed out)

These meters are marketed for people on ketogenic diets to see how well they are doing on the diet but are not currently recommended for people with diabetes since studies have not been done to directly compare blood ketones and breath ketones in the context of diabetes.

What do ketone level measurements mean? 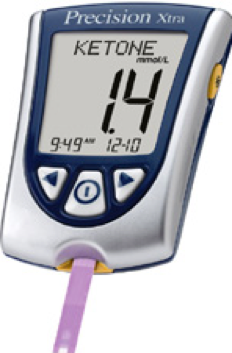 *People on low-carb diets often have ketone levels in the range of 0.5-3 mmol/l. **Experts have not reached an agreement as to what level is too high; some are very conservative and say 1.5 mmol/L is the threshold, and others use a much higher 10 mmol/L threshold.

When urine ketone strips read as “medium” or “large,” alert your healthcare provider.