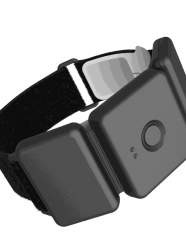 On November 29, NeuroMetrix announced that it had cleared the final hurdle holding up the introduction of the Sensus Pain Management System, designed for the treatment of chronic pain such as that caused by diabetic peripheral neuropathy (DPN). While the FDA cleared the Sensus device itself in August (see new now next in diaTribe #46), NeuroMetrix could not launch until the FDA granted 510(k) clearance for the disposable electrode that is used in tandem with the device. NeuroMetrix is now on track to launch Sensus in early 2013 – earlier in November, the company announced a distribution agreement with OneSource Medical Group, which focuses on Texas and Florida. Other such agreements will likely be forthcoming.

Sensus provides electrical stimulation to the skin using the newly approved electrodes, and this stimulation is designed to relieve the symptoms and better manage the chronic pain of diabetic peripheral neuropathy. DPN affects about half of all people with diabetes, and the extremely complex tangle of underlying causes for DPN means there’s no one treatment that is guaranteed to provide relief for all patients. Pfizer’s Lyrica, Eli Lilly’s Cymbalta, and J&J’s Nucynta ER are all used to manage the symptoms of DPN, and now Sensus has become the first device approved in the United States that is specifically designed to manage chronic pain in people with diabetes. According to NeuroMetrix, Sensus can be set up for use in less than a minute and can be worn underneath clothing for discrete pain relief. –AW