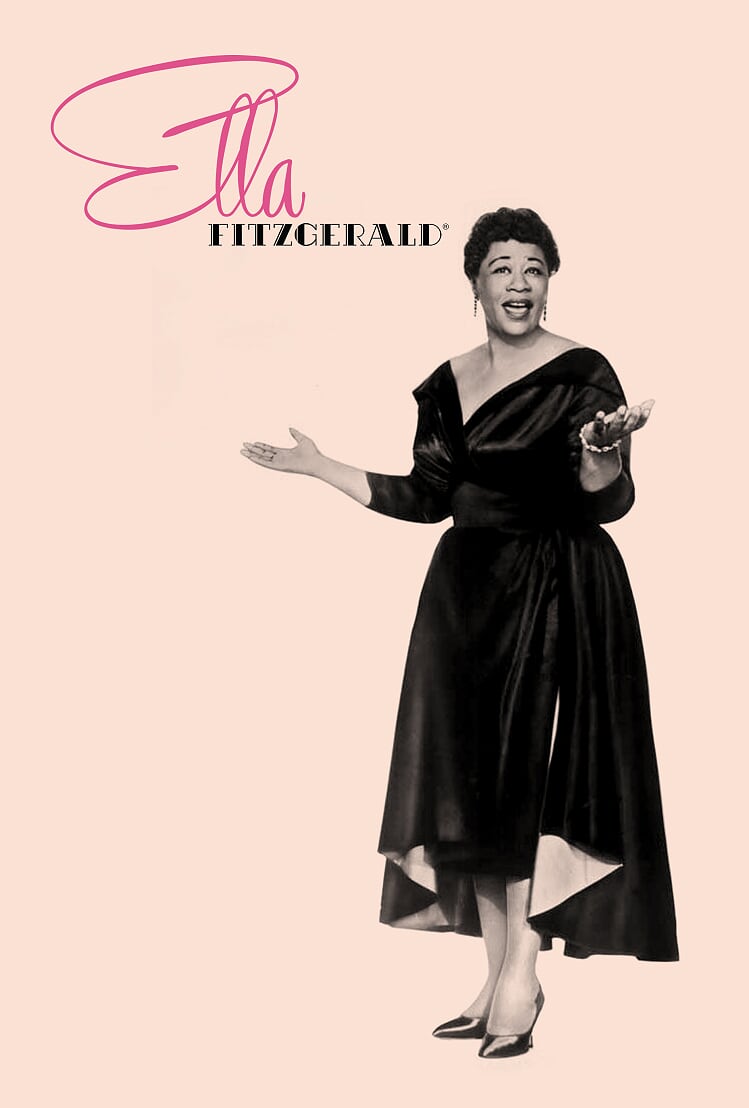 The Ella Fitzgerald Charitable Foundation continues her legacy of greatness

Her first name – Ella – is enough to conjure the image and sound of an American musical icon. The scat-singing virtuoso. The sultry jazz vocalist. The dulcet balladeer who exported the American songbook to countries far and wide. Ella Fitzgerald, by way of Harlem and reform school and the well-lit stages of Hollywood and Berlin and Tokyo, is now the subject of a superb documentary that gives the “first lady of song” her rightful place in the musical pantheon.

Like every musical documentary, “Ella Fitzgerald: Just One of Those Things” (now playing online through July 10) benefits from the music itself: viewers can listen to, or watch, such early hits as “A-Tisket, A-Tasket” or a later scat version of “How High the Moon?” But the film also sketches Fitzgerald’s personal troubles and sacrifices. She battled racism and sexism throughout her career. Her family life was often fractured. Nonstop travel took its toll, and health issues, including diabetes, eventually caught up with her.

Born in Virginia in 1917, Ella was part of the great migration of African Americans who moved north – in her case, to Yonkers, New York. This put her within earshot of Harlem during the Harlem Renaissance of the 1920s, a flowering of Black music, dance, and art that exposed Ella to the likes of Duke Ellington and Louis Armstrong. Ella’s life, however, was upended when she was 13 and her mother died. She ended up in a reform school, where she was physically abused and deemed “ungovernable.” She escaped and found herself on streets of Harlem during the Depression, only to find salvation on the stage of the Apollo Theater. She won Amateur Night, and her career was launched.

She sang with Chick Webb’s jazz band, with whom she scored her first big hits, and she took over the band upon Webb’s death. The 1940s saw Fitzgerald evolve into an accomplished bebop singer, performing with Dizzy Gillespie at Minton’s Playhouse in Harlem. Her voice sounded as if it were “skipping through puddles six feet deep and never sinking,” said her adopted son, Ray Brown Jr.

Fitzgerald’s celebrity soared even further in the 1950s and ‘60s, when – under the tutelage of jazz impresario Norman Granz – she drew from the “Great American Songbook” (classics from Gershwin, Porter, Berlin, Kern) and dazzled crowds around the world with her gorgeous interpretation of these standards. Her protean talents allowed her to play with legends throughout her long career, from Count Basie to Frank Sinatra, and she was always happiest on stage.

But like all Black Americans, Fitzgerald often felt the stab of racism. She could not buy a home in Hollywood (Granz had to buy it for her). She was shunned by elite nightclubs and, for the most part, denied her own television specials. Her stout physique was ridiculed. She would sometimes sweat on stage. She was ignored by Madison Avenue. The slights were painful.

Her personal life also had its turmoil. Her marriage to the bass player Ray Brown ended in divorce, though they continued to perform together. Fitzgerald loved children, though she never gave birth and was estranged for many years from her adopted son. The documentary suggests that her constant travel made a stable home life unrealistic, and she paid a price for her ambition and accomplishments. “It gets lonesome without that one person you can tell your troubles to,” she once said.

In 1993 she created and funded The Ella Fitzgerald Charitable Foundation in order to fulfill her desires to use the fruits of her success to help people of all races, cultures, and beliefs. In addition, Fitzgerald hoped to provide assistance to the at-risk and disadvantaged members of our communities – assistance that would enable them to achieve a better quality of life. Having lost both her legs in 1993 due to diabetes complications, her foundation continues to support the diabetes community and contributes to many health-related organizations, including The diaTribe Foundation. Fitzgerald lived a full life, dying in 1996 at age 79, and her legacy continues to live on.

She is still known by Ella, and she has left a rich and worthy legacy.