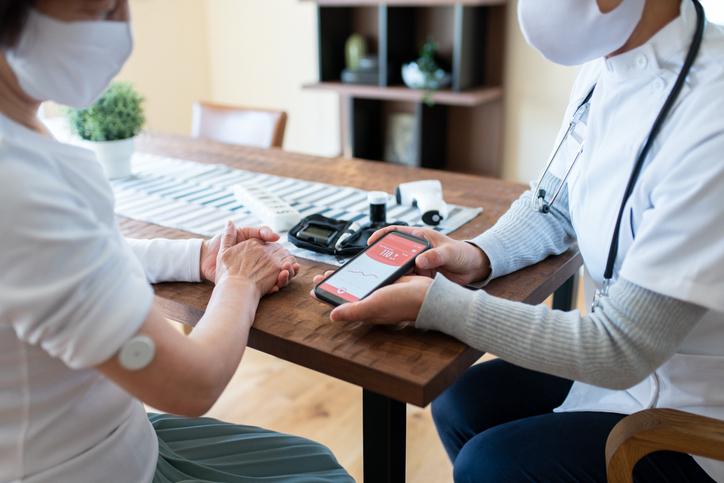 A recent research study on open-source AID, a method of insulin delivery used by thousands of people with type 1 diabetes, showed that using open-source AID improved Time in Range by over three hours per day, compared to those using an insulin pump without AID.

Open-Source AID, also known as DIY Looping, allows your CGM to communicate directly with your insulin pump. Specifically, your CGM sends data to your phone, where it is analyzed using an algorithm to calculate exactly how much insulin is needed to keep your blood sugar in range. DIY looping is not currently approved by the FDA, but gives you greater flexibility to customize glucose targets and insulin dosing compared to traditional AID systems.

This information could help reduce the mental burden of constantly thinking about how to adjust insulin dosing throughout the day. Open-Source AID was popularized by Dana Lewis, one of the founders of the #WeAreNotWaiting movement. This movement started when she built an AID system for herself in 2014 in response to frustration over the pace of the regulatory approval process for diabetes technology.

Since then, thousands of people with type 1 diabetes have used Open-Source AID and have found significant health benefits. diaTribe’s Founder Kelly Close tried this technology and wrote about her experience in: How I Loop: Near-Zero Risk for Hypoglycemia for the First Time in 30 Years.

Why is this study important?

Although Open-Source AID is growing in popularity, there was limited data on its safety and efficacy. This trial from the Health Research Council of New Zealand, which included 97 participants from ages 7 to 70, contributes to the scientific evidence supporting open-source AID. Participants were divided into either:

Additionally, the study found no difference in adverse events between the two groups, providing support for the safety of AID technology.

To learn more about AID and other diabetes technology, see our other resources: