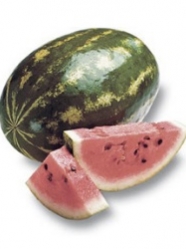 Quotes from Amy Campbell, author of 16 Myths of a Diabetic Diet:

“In general, a low glycemic index food is a carbohydrate food with a GI value of 55 or less. A low glycemic load food has a GL value of 10 or less. It’s important, though, to not focus too much on the actual number, but to choose, overall, foods that tend to have lower GIs and lower GLs.”

“Remember that even low GI foods still contain carbohydrate and will still affect blood glucose. You still need to count the carbs.”

“Try not use the GI as a gauge of how ‘good’ or ‘bad’ a carbohydrate food is. Just because a food has a medium or high GI doesn’t mean you can’t ever eat it. Learn how foods affect your blood glucose by checking your glucose 2-3 hours after a meal – and develop your own GI for the foods you typically eat.”

To place a number on how quickly various foods are processed by the body, a measurement called the “glycemic index” (GI) is used. The GI of a food ranks how much it raises a person’s blood sugar over 2 hours compared to a reference, which is usually pure glucose (white bread is sometimes used instead). On the glycemic index scale, foods rank between 0 and 100 (pure glucose has a glycemic index of 100). Experts typically consider foods to be low-GI when they have a GI value of less than 55.

So, how can you find out the glycemic index for a particular food? It is rare to find a GI number explicitly listed on a package, but you can come up with an estimate based on the “nutrition facts.” Look for “carbohydrate content” which is usually broken down into several sub-categories: sugar, sugar alcohol, and fiber.

Your body processes sugars relatively quickly, so foods with high sugar content will tend to have a high GI. Sugar alcohols are slightly modified sugars that are digested very slowly and contribute very little to the GI value. Finally, fiber has a GI of zero. Humans are incapable of digesting fiber, so it does not contribute to any change in blood sugar.

So, if a high percentage of the total carbohydrates in a food are from sugars, you can bet that the food has a high GI and will spike your blood sugar quickly. If there’s a high percentage of fiber or sugar alcohol, the food probably has a low GI and will prompt blood glucose to go up more slowly. Unfortunately, the amount of sugar alcohol is not listed on many foods, so you’ll have to estimate the GI using only the amount of sugar and fiber. (Warning – ingesting large quantities of sugar alcohols may also cause “gastrointestinal discomfort”.)

In addition to the nutrition facts, there are some simple rules that can help you estimate the GI of one food relative to another. First of all, the GI of fruits and vegetables will increase as they ripen. This includes ripening during storage, so the GI of a banana will increase even as it sits in your house. Another important consideration is a food’s preparation. Factors that you may not expect, such as cooking time, can influence GI. For instance, soft cooked pasta has a higher GI than al dente pasta, mashed potato has a higher GI than whole baked potato, and juice has a higher GI than the whole fruit itself. Foods that are white, like white rice, foods made with white flour, etc. are considered very high glycemic index and are more likely to cause immediate spikes. Trying to largely avoid all white foods can be difficult, but everyone has their rules of thumb - a little knowledge about GI can go a long way in developing your rules.

When you are unsure of the GI for a particular food, you can look up the value on a chart. There have been many studies that have measured the GI for various foods, and a recent paper has compiled the data from the majority of these studies into a single table. The list of values can be accessed at http://care.diabetesjournals.org/cgi/data/dc08-1239/DC1/2. A few examples are below.

While the GI is a useful tool to estimate the effect of a food on blood sugar, it has a few drawbacks. First of all, the GI of a food can vary based on ripeness, source, and production methods. These details are included in the GI-values table. In addition, fat and protein slow down the digestion of carbohydrates, which will lead to a lower GI initially. For instance, full-fat yoghurt has a lower GI than does low-fat yoghurt. Foods like pizza are typically higher-fat as well, which can slow down the impact of a high GI food.

Another problem with the GI is that it is always measured assuming 50g of carbs will be consumed. For most foods, you don’t ingest 50g worth of carbs in a single ”standard” serving. In the study above, watermelons have a very high GI value of 80. But the carbs in watermelons are highly diluted: each 120g serving of watermelon contains only 6g of carbohydrates, so eating 50 g of carbohydrates corresponds to eating 1kg (about 2.2 lbs) worth of watermelon. That’s about eight slices!

To adjust GI values for normal portion sizes, the authors of the study above have included a value called the “glycemic load” (GL) for each food. The GL is similar to the GI, except that instead of using 50g worth of carbs as its serving size, the GL is measured with a standard serving of the food, which will vary from food to food. Since the glycemic load corresponds to realistic portion sizes, it more accurately reflects the impact that the food will have on your blood sugar.

In the case of watermelon, the GL is 5. In general, a low GL is considered to be 10 or less. So go ahead, enjoy that slice of watermelon—unless you eat lots of slices, you won’t be eating enough carbs to make a big difference in your blood sugar even though the GI of watermelon is high.

A low-GI diet is not universally recommended for people with diabetes: in the September 2005 issue of Diabetes Forecast, Janie Friedman, RD, CDE states that there is not yet enough evidence supporting the blood glucose lowering effect of substituting low-GI foods for high-GI foods. She also worries that strict adherence to a low-GI diet will compromise healthy eating, a legitimate concern considering the nature of recent diet crazes.

In the past few years, the GI has garnered public attention from the diets that followed in the wake of the Atkins diet, which greatly restricted eating carbs. The Atkins diet was praised by experts for its dramatic weight loss, but it was criticized for the unbalanced regimen of fat and protein that was substituted in the place of carbs. Subsequent “carb-counting” diets tempered the carb restrictions of the Atkins diet by distinguishing between “good” carbs (those with low GIs) and “bad” carbs (those with high GIs). The most well-known of these diets is probably the South Beach diet. Although it is far less strict than the Atkins diet, the South Beach diet still limits fruits and vegetables, so dieters still run the risk of adopting unhealthy eating habits.

Hope Warshaw CDE, author of Diabetes Meal Planning Made Easy and noted nutritionist, raises concerns about the complexity of GI-based diets. She points out that managing diabetes is complex, to say the least. She emphasizes, “…For most people, simply attempting to make healthier food choices with a focus on reducing saturated fat, reducing processed/refined sugars and starches, is hard enough to follow over time with success." For a long-term change in behavior, she advocates that people with diabetes who alter their diet do so slowly and steadily, working with their healthcare team.

pulling it all together

Although there is some controversy as to the usefulness of the GI and GL values, they can help you fine-tune your nutrition. By checking your blood sugar level after meals, you can measure the effect of foods with different GIs. Amy Campbell, CDE, of the Joslin Clinic recommends, “Learn how foods affect your your blood glucose by checking your glucose 2-3 hours after a meal – and develop your own GI for the foods you typically eat.” See more words of wisdom from Amy in the attached sidebar. Most importantly, make sure not to sacrifice basic nutrition in any dietary change. The GI and GL give valuable insight into how foods will affect your blood sugar, but there is more to a healthy diet than just glycemic monitoring. Consult your doctor, diabetes educator, or nutritionist on how best to integrate low GI/GL foods into your treatment plan.