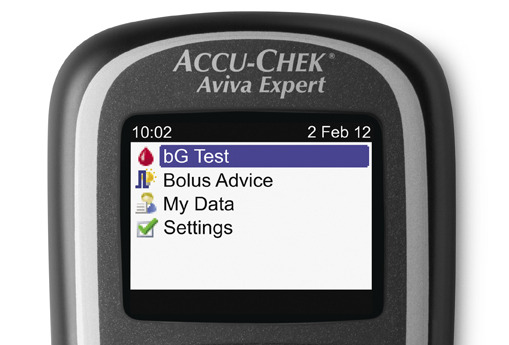 At the recent AADE conference, this August, Roche discussed its new Accu-Chek Aviva Expert blood glucose meter, the first such device in the US to have a built-in bolus calculator (the European version of Abbott’s FreeStyle InsuLinx also has a built-in bolus calculator and similar devices are available globally). The FDA approved the new Roche meter last October, and it was launched in the US this spring (it had previously been available in Europe). While all insulin pumps have built-in bolus calculators, patients on multiple daily insulin injections must do the math themselves. The new Roche meter aims to eliminate the general frustration and potential errors that come with manually calculating insulin doses, which we believe will reduce the risks of taking the wrong amount of insulin – for some, dramatically. According to Roche, 79% of people using the meter feel more confident with insulin dosing, and 52% have less fear of hypoglycemia, based on a survey. A multicenter study also found that 63% of manually calculated insulin doses were incorrect. As the majority of people on insulin use multiple daily injections rather than a pump, this should be a welcome tool for reducing the hassle and uncertainty of bolus calculations. It’s also important to appreciate the importance of the approval given that historically, FDA did not approve products like this that “automated” anything. Exciting movement!  –AJW/VI/KC