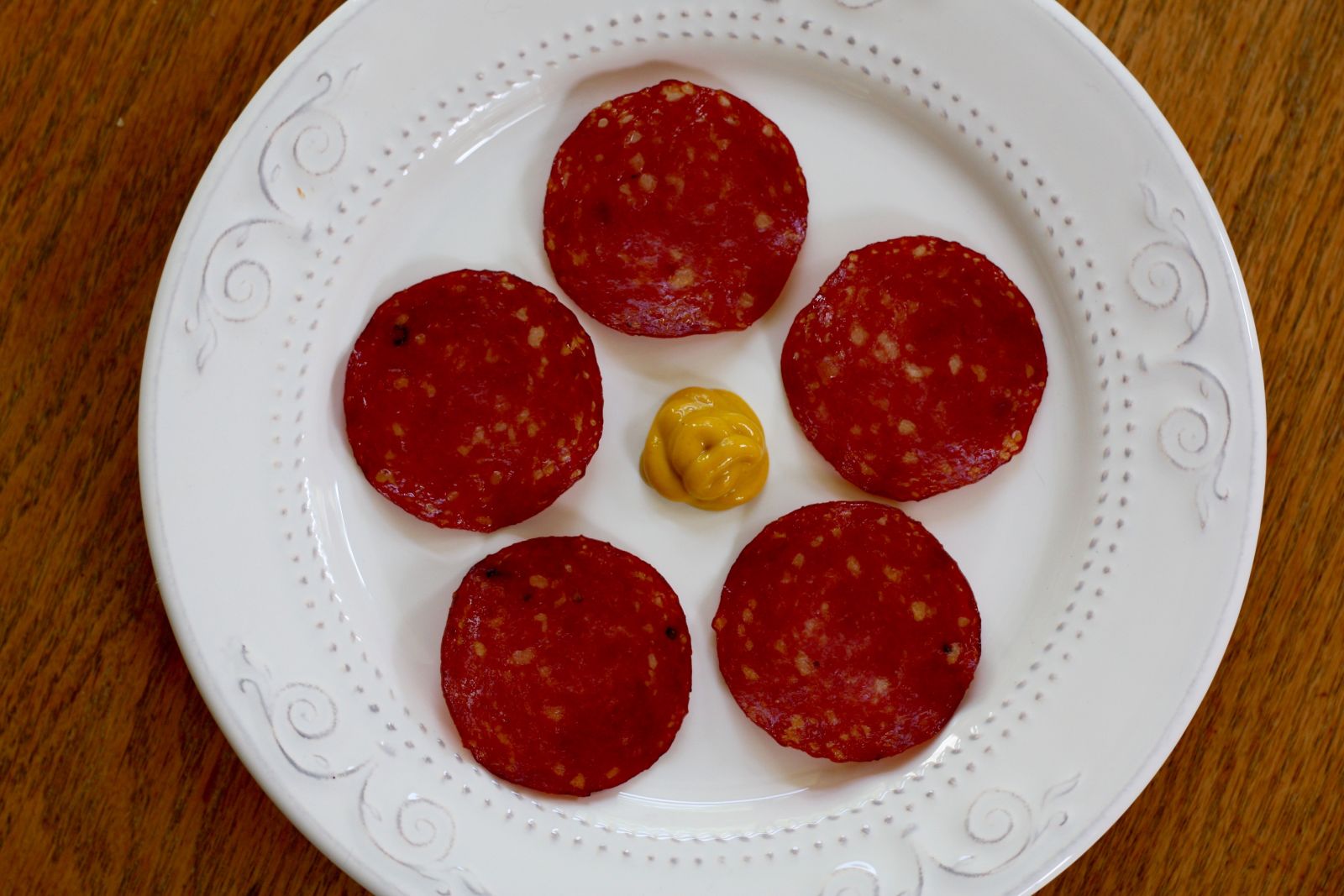 I initially called these salami chips, but the truth is that they’re more crispy-chewy than straight-up crisp: kind of like beef jerky – and just as addictively, salty, meaty, and delicious. Plus, one serving has about 6 grams of protein, which is pretty good. You will make some for your kids’ (or your own) lunchbox, but then you will eat them all and you will have to make some more. Be sure to experiment with different kinds of salami to figure out what you like best.

Variation: I’m lazy, so I mostly make these in the microwave, but it’s kind of a trial-and- error proposition: Arrange non-overlapping slices of salami on a paper towel on a plate (I do about 4 at a time), cover with another paper towel, and microwave until the salami just starting to brown, around 30-45 seconds. The chips will crisp more as they cool.