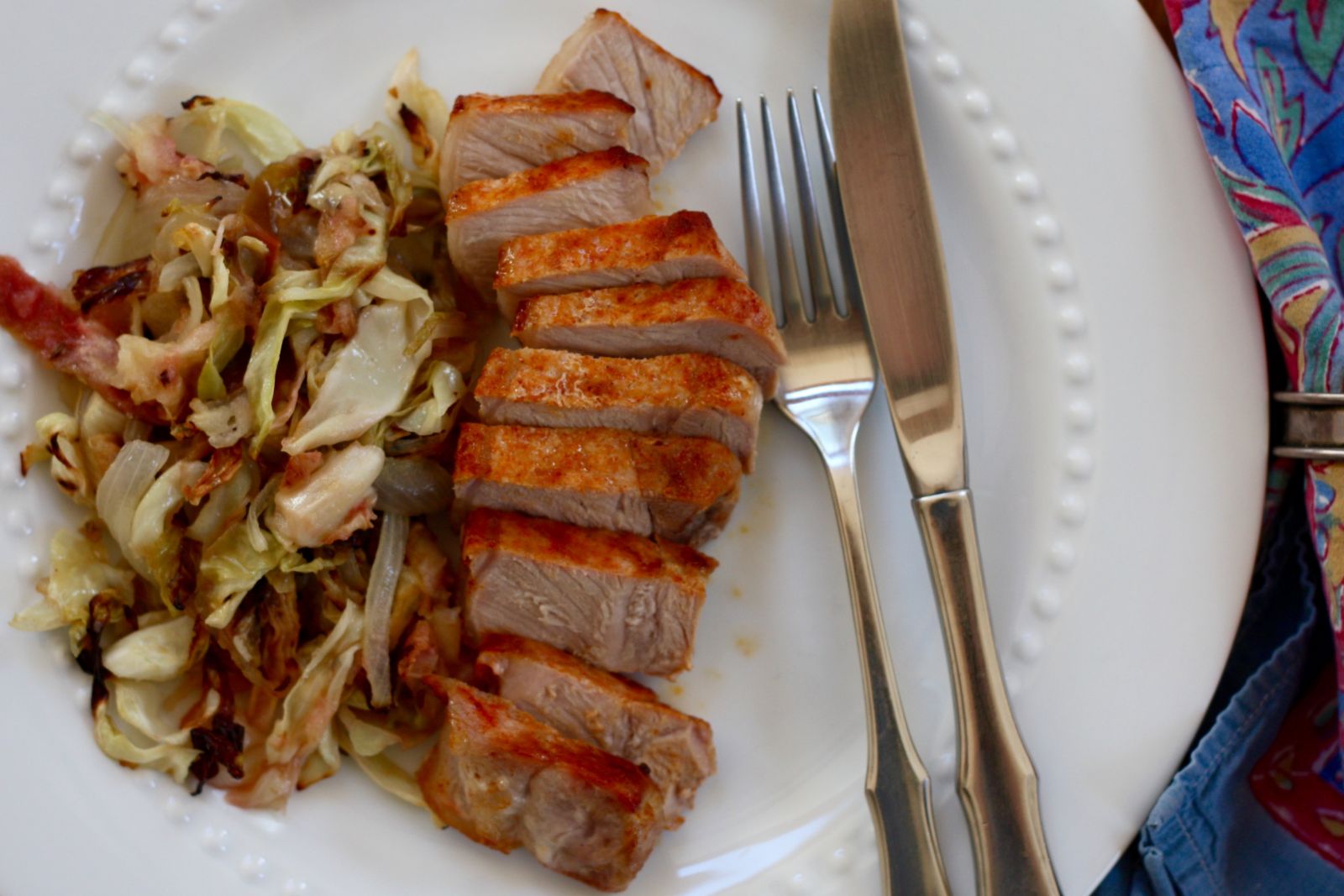 Ever since I read Laura Ingalls Wilder’s Farmer Boy in 1975, I’ve been somewhat obsessed with the combination of apples and onions. They go perfectly with caraway-scented cabbage, which, in turn, goes perfectly with juicy, well-seasoned pork chops. And (say it with me here) it all bakes together on a single sheet pan! The smoked paprika does double duty here, so don’t leave it out: it adds a deep, smoky flavor, and it gives the chops a richly burnished color. But if you only have regular paprika, go ahead and use that instead.

4 (1-inch thick) pork chops, boneless or bone-in as you prefer

1 teaspoon caraway seeds (skip these if you don’t have or like them, or swap in a little fresh or dried thyme)

1. Sprinkle both sides of the pork with salt, using around 1 1/2 teaspoons kosher salt altogether (or 3/4 teaspoon table salt). If you have time, cover the pork and refrigerate it for an hour or two or overnight or up to two days. If you don’t have time, proceed with the recipe.

2. Heat the oven to 425° F and grease a sheet pan or line it with nonstick foil. (I don’t use parchment here in case I end up wanting to run the pork under the broiler at the end. Parchment paper catches on fire under the broiler! Trust me on this.)

3. Drizzle the pork with one tablespoon of the oil and sprinkle both sides with the smoked paprika. Rub the oil and spice onto both sides. Set it aside at room temperature.

4. Toss the cabbage, onions, and apples with the remaining two tablespoons of oil and one teaspoon kosher salt (or ½ teaspoon table salt), spread it out on the prepared pan, and pop it in the oven for 10 minutes. 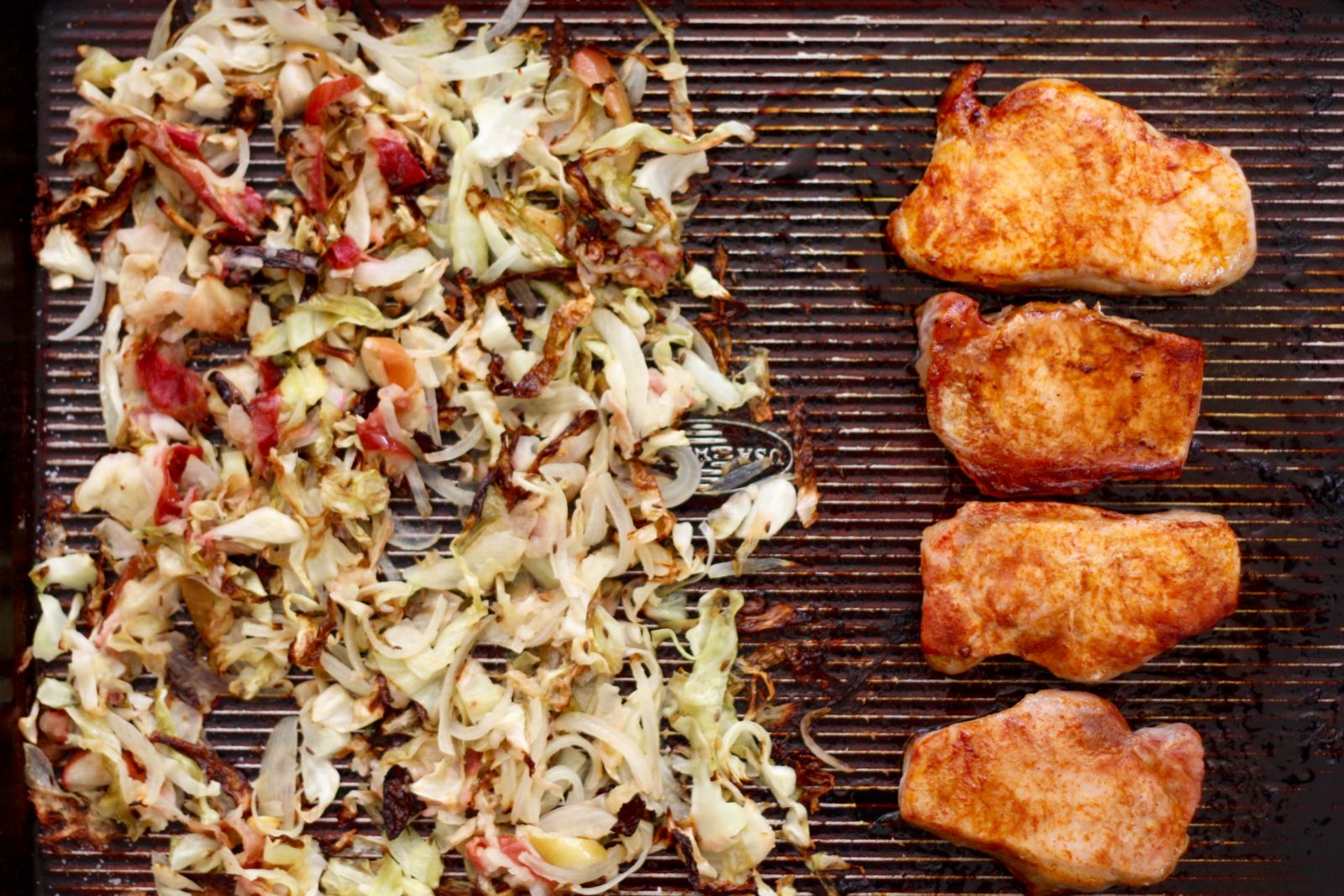 5. Take the pan out of the oven, toss the cabbage mixture well, and push it over just enough to make room for the pork. Arrange the pork chops on the pan and put it back in the oven for 15 minutes. Flip the pork over and toss the cabbage around, then roast another 10 minutes until the pork is deeply golden and cooked through. If anything is not as browned as you’d like it, feel free to turn your oven to the broiler setting for a minute or two —though first remove anything that is as browned as you’d like it.

6. Toss the cabbage with the vinegar, slice the pork, and serve.