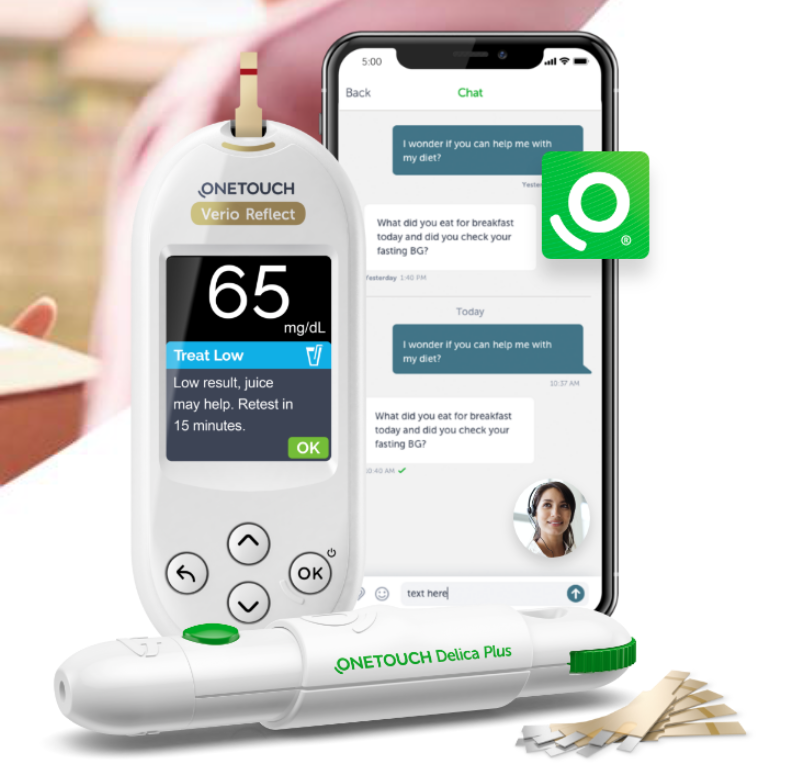 The Tu Salud study showed that use of a OneTouch Verio Flex meter with the Spanish-language OneTouch Reveal app in an underserved Hispanic population led to sustained improvements in diabetes management.

Data shows that there are higher rates of diabetes, and worse diabetes outcomes, in Black, Asian, Indigenous, and Hispanic people, compared to non-Hispanic white people. Unfortunately, there is also evidence that the low-literacy, low-numeracy, and lack of diabetes understanding in these communities contributes to these disparities

“Additionally, we’ve seen the harsh impact that COVID has had on patients with diabetes, as it was recently revealed that about 40% of the people who died from COVID-19 in the US also had diabetes,” said Dr. Elizabeth Holt, a former clinical endocrinologist and the current head of global medical, clinical, and safety at LifeScan. “There’s an urgency to ensure that all people with diabetes are managing their condition to the best of their abilities, especially amid the ever-evolving COVID-19 landscape.”

One way to address this is to tailor diabetes education, resources, and technology to the individual person so that it culturally-relevant and culturally-inclusive. For example, this might mean providing nutrition guidance and recipes that are specific to a person’s culture, having language-specific educational resources, or having community health workersassist in educating people on diabetes management.

“We’ve seen from previous studies, such as Dulce Digital published by the American Diabetes Association a few years ago, that information via text messages and telephone intervention yielded greater improvement in [glucose levels] compared to usual care for Latino and African-American patients,” Holt said.

“Our goal with the Tu Salud study was to underscore the clinical value of the OneTouch Verio Flex blood glucose meter in combination with the Spanish-language OneTouch Reveal mobile app in an underserved population.”

To do this, LifeScan partnered with La Comunidad Hispana, a health center in Chester County Pennsylvania that serves a primarily Spanish-speaking Hispanic and Latino community.

The study included 120 participants with type 2 diabetes who were almost exclusively Hispanic or Latino (95%), and many of whom did not have extensive education beyond primary school (66%). The participants were either in the control group – where each person continued to use their current blood glucose meter and did not use a diabetes management app – or the intervention group – where each person was given the OneTouch Verio Flex meter and was instructed to use the Spanish-language OneTouch Reveal mobile app. The study lasted 24 weeks (at 12 weeks, participants in the control group were switched to the intervention group and given the One Touch products to use).

The results were impressive for those using the OneTouch BGM and Spanish-language app:

The importance of conducting more research like the Tu Salud study that looks specifically at interventions in underserved populations is clear.

“There is always a need for clinical evidence in patients from different demographics and lived experiences to help compare and contrast varying populations,” said Holt. And because we know that these disparities exist, “It is crucial for us to collect more data to help us identify where we can address [them].”

If you or a loved one uses Spanish as their first language, be sure to direct them to our Access resources in Spanish for information on understanding health insurance and affording diabetes care, therapies, and technology.