What Are GLP-1 Agonists and How Can They Help Your Heart? 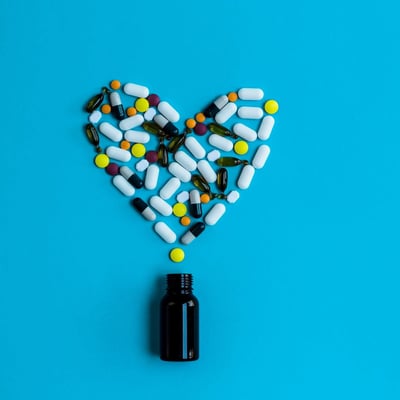 GLP-1 agonists are a class of drug recommended for people with type 2 diabetes to lower glucose and body weight, and for heart and stroke protection in those with heart disease. Learn more about these medicines, including their side effects, how they work, and their role in diabetes and heart health

Unfortunately, a person with diabetes is twice as likely to have heart disease or a stroke than someone without diabetes. Heart disease is sometimes described as a “silent” condition because often there are no symptoms until a heart attack, or a stroke, occurs. Therefore, it is especially important for people with diabetes to take steps to try to protect the heart. We teamed up with the American Heart Association and American Diabetes Association’s Know Diabetes by Heart (KDBH) initiative to learn ways to keep your heart healthy if you have diabetes.

There are many ways to take care of your heart and reduce the risk of heart disease when living with diabetes – cholesterol lowering medications (statins), smoking cessation, and aerobic exercise are especially important. Newer medicine options, including the sodium-glucose cotransport 2 (SGLT-2) inhibitors and glucagon-like peptide-1 (GLP-1) receptor agonists, have been shown to protect the heart and reduce the risk of many specific heart-related outcomes for people with type 2 diabetes. This article will focus on GLP-1 medications; read our article on SGLT-2 medications. 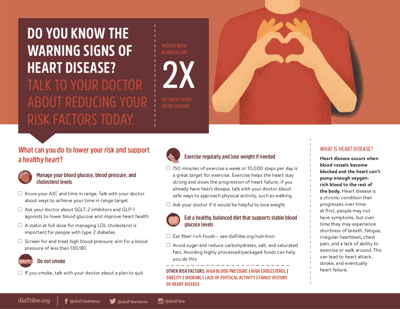 What are GLP-1 Agonists?

Medicines known as GLP-1 agonists include:

These medicines help people with type 2 diabetes manage their blood sugar levels; they also decrease appetite, which often results in weight loss, and several of these drugs reduce the risk of heart disease (heart attacks and strokes). Some of these medications have also been shown to reduce the amount of insulin that people with type 2 diabetes may require. Most GLP-1 agonist medicines are injected under the skin, like insulin. Rybelsus, however, is a GLP-1 medicine available in pill form that is taken by mouth.

There are different types of GLP-1 medicines:

The price of GLP-1 agonists tends to be higher compared with most other medicines for treating type 2 diabetes. Though they are expensive, assistance programs may be available to help reduce the cost, and most insurances cover the majority of the cost, including those with Medicaid or Medicare Part D.

What are the side effects of GLP-1 agonists?

Some people experience digestive side effects when using GLP-1 agonists, such as nausea, vomiting, diarrhea, feelings of early fullness, reduced appetite, and abdominal cramps. When starting these medicines, your healthcare professional will usually start you at a low dose. They may slowly increase your dose until you reach the right amount to help you manage your diabetes and tolerate these side effects, which usually improve with time.

There are a few rare additional side effects:

GLP-1 agonists aren’t likely to cause low blood sugar levels or hypoglycemia when used alone; if you are taking other medicines (insulin, or a drug that stimulates insulin release), dose adjustments may be needed to reduce your risk of hypoglycemia.

The American Diabetes Association strongly recommends the use of GLP-1 agonists for persons with type 2 diabetes who have already had a heart attack or who are at very high risk of heart disease, regardless of their A1C values. This recommendation is based on the findings of several clinical studies evaluating the effects of GLP-1 agonists on heart health. Ozempic, Trulicity, and Victoza are the medicines in this class that have been shown to reduce major heart problems, including heart attacks, strokes, and heart-related deaths. These medicines were studied in people with type 2 diabetes who also had heart disease or were at high risk for heart disease.

This article is part of a series to help people with diabetes learn how to support heart health, made possible in part by the American Heart Association and American Diabetes Association’s Know Diabetes by Heart initiative.