GLP-1 Agonists: From 2 Daily Injections to 1 Per Week and Beyond 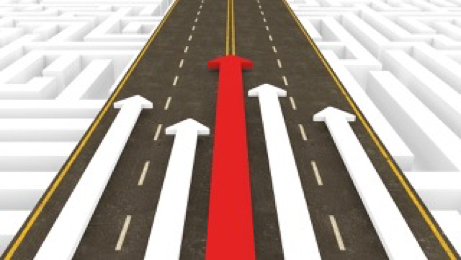 By Abigail Dove and Payal Marathe

A review of how far GLP-1 agonists have come – drugs for type 2 diabetes that help with not only blood sugar management, but with weight loss and heart health too

GLP-1 agonists entered the type 2 diabetes drug landscape in 2005 with the launch of Byetta (exenatide), a twice-daily injection. Even though scientists and industry leaders have praised how valuable this class of drugs can be, GLP-1 agonists still make up only 7% of all diabetes drug prescriptions in the US, due to low awareness, preference for drugs that don’t require an injection, and access challenges like insurance coverage and cost. Read on for what GLP-1 agonists are, why many diabetes leaders advocate for more people with type 2 diabetes to use them, what to expect in the next few years, and how you can help teach your healthcare provider about them if they aren’t aware of all the new changes.

What are GLP-1 agonists?

GLP-1 agonists are quickly becoming a mainstay of type 2 diabetes management.  Their substantial A1c-lowering ability – about 1% on average – with the additional benefits of weight loss and low risk of hypoglycemia (low blood sugar) is a game-changing combination, since the A1c-lowering effect of many traditional diabetes therapies like sulfonylureas (SUs) and insulin comes at the expense of weight gain and increased hypoglycemia. In fact, people with type 2 diabetes already taking insulin can add GLP-1 agonists, (or take combination drugs of GLP-1 agonists and insulin) in order to reduce their overall insulin dose.

In addition to helping with blood sugars and weight, GLP-1 agonists may also benefit heart health. Victoza is FDA-approved to reduce the risk of heart attack, stroke, and heart-related death – a big deal given the strong link between diabetes and heart disease.

The main downside of GLP-1 agonist treatment is that nausea is a common side effect, especially when people first begin taking them. Some people find the fact that these drugs are injected to be a downside as well: the most popular GLP-1, Victoza, is taken once-daily, while Trulicity,  Bydureon, and newly-approved Ozempic are taken once-weekly. Other GLP-1’s, Lyxumia and Byetta, are taken once daily and twice-daily, respectively.

Probably the biggest barrier to accessing GLP-1 agonists is cost; without insurance coverage, these drugs are often too expensive. Most GLP-1 agonists do have co-pay card savings programs, but there are eligibility requirements. Here are three options for popular GLP-1s:

How do GLP-1 agonists work?

GLP-1 agonists mimic the effect of GLP-1, a naturally-occurring hormone in the body that is produced in the gut when eating.  GLP-1 has five key effects in the body to both lower blood sugar and reduce appetite:

Who should consider GLP-1 agonists?

GLP-1 agonists are an ideal diabetes therapy for people with type 2 diabetes whose A1c is not at goal on metformin or other oral therapies. Furthermore, because of GLP-1 agonists’ added benefits of weight loss and low hypoglycemia risk, these drugs are an especially good option for people who would like to lose weight or have concerns about hypoglycemia.

For people with type 2 diabetes who need insulin, there is the option of taking a drug that is a mixture of a basal insulin and a GLP-1 agonist. Though these combination drugs do not have a distinct class name, they do have characteristics that differentiate them from the single-therapy drugs. Benefits of combining the two drugs include:

These combination products have generated a lot of excitement, and one diabetes drug expert, Dr. John Buse, has described Xultophy in particular as “the most effective glucose-lowering agent on the planet.”

Currently-available combination drugs include Soliqua (Lantus + Lyxumia) and Xultophy (Tresiba + Victoza). These medicines have never been directly compared to each other, but phase 3 studies demonstrate impressive ability for both drugs to maximize the benefits of GLP-1 agonists and insulin while minimizing their side effects.

Similarly, in separate phase 3 trials, Soliqua led to an average A1c drop of 1.6%, vs. 1.3% with Lantus alone and 0.9% with Lyxumia alone. Nearly half of the people taking Soliqua achieved an A1c <7% with no weight gain, vs. only 1 in 4 with Lantus or Lyxumia alone.

GLP-1 agonists are among the best-studied diabetes medicines, and over time have been shown in large trials to reduce the risk of diabetes complications: namely heart disease, kidney disease, and severe hypoglycemia (dangerously low blood sugar).

Victoza boasts perhaps the strongest evidence to this end. Results from the LEADER trial demonstrated that Victoza is associated with:

And this was in addition to lowering A1c and causing weight loss. These are among the most positive results for a diabetes drug in recent memory. Victoza is now FDA-approved to reduce the risk of heart attack, stroke, and heart-related death.

Similarly, newly-approved Ozempic showed a 26% risk reduction for death from heart disease, heart attack, and stroke in the SUSTAIN 6 trial, as well as a 36% lower risk of kidney disease and no increased risk of hypoglycemia. The trial, however, did raise some concerns about increased risk of retinopathy (eye damage), seen in 3% of trial participants taking Ozempic vs. only 1.8% of those taking placebo. New analyses suggest that the study population had already been at higher risk for eye damage, perhaps caused by a very rapid A1c reduction.

Results from the EXSCEL trial – which better mimicked real-world conditions – showed that Bydureon significantly reduces the overall risk of death and is not any riskier for the heart than placebo. Additionally, severe hypoglycemia occurred fewer times with Bydureon than with placebo, though this was by a small enough margin the results could have occurred by chance. Because EXSCEL was a “real-world” study, many opinion leaders believe that Bydureon could have shown protection against heart disease under stricter experimental conditions.

A trial for Trulicity’s influence on long-term complications is ongoing, with initial results expected in late 2018, and larger studies are being planned for Ozempic.

Specifically, participants using Ozempic in the SUSTAIN 5 trial saw an average A1c reduction of 1.4% to 1.8% along with an average weight loss of 8 to 14 pounds.

The SUSTAIN 6 trial demonstrated that an impressive 1 in 5 people on higher-dose Ozempic lost 10% or more of their body weight (vs. 1 in 15 on placebo), and this weight loss was sustained over a two-year period. This trial also suggested that Ozempic could have a beneficial effect on the heart: compared to people on placebo, Ozempic users experienced a 26% lower risk for heart attacks, strokes, and heart-related death.

Furthermore, initial results from the SUSTAIN 7 trial implied that Ozempic may be better than the already-available once-weekly GLP-1 agonist Trulicity (dulaglutide) when it comes to weight loss and A1c reduction.

Ozempic will launch in the US in the first three months of 2018. It is also in development as a dedicated treatment for obesity.

Weight loss seen in people taking GLP-1 agonists is substantial enough that some of these treatments have become weight management drugs on their own. For instance, Novo Nordisk’s once-daily GLP-1 agonist Saxenda is approved as a weight loss drug in people with a body mass index (BMI) greater than 30 kg/m2 (considered obesity), or greater than 27 kg/m2 (considered overweight) with at least one additional weight-related condition (such as type 2 diabetes, high cholesterol, high blood pressure, etc.). Note that although Saxenda was actually developed for people with obesity – it is exactly the same drug as Victoza but approximately double the dose!

Very early research suggests that GLP-1 agonists may also slow the progression of prediabetes to diabetes by preserving the body’s insulin production. This might be explained by the potential protective effect GLP-1 agonist drugs have on beta cells, the insulin-producing cells of the pancreas that gradually “burn out” as type 2 diabetes progresses (this is the reason people often must start taking insulin in later stages of type 2 diabetes).

Saxenda is an example of a GLP-1 agonist that may have the additional benefit of delaying or preventing type 2 diabetes. The latest results from the SCALE Obesity and Prediabetes trial showed that people who took Saxenda once a day for three years, in addition to making healthy changes to diet and exercise, were 79% less likely to be diagnosed with type 2 diabetes in that three-year timeframe compared to people who changed their diet and exercise alone (the placebo group).

Around the Corner: GLP-1 Agonists without the Injection

Some people don’t like GLP-1 agonists because they require injections, and some doctors think their patients won’t take injections (often this is incorrect). Regardless, more convenient needle-free options are on the horizon:

Intarcia is developing an implantable GLP-1 agonist therapy called ITCA 650, which aims to remove the hassle of dosing completely. This novel option continuously releases the drug exenatide over the course of three to six months from a matchstick-sized mini-pump. The mini-pump is inserted just under the skin (in the abdomen) by a healthcare provider in a quick, minutes-long procedure. Once the mini-pump is inserted, there is no additional effort required by the user for the full three to six months. Intarcia submitted ITCA 650 to the FDA in November 2016, but it was not approved. The FDA wants more information before approving this first-of-its-kind innovation, and Intarcia plans to resubmit the therapy to the FDA – we hope this will be soon as no additional trials will be required. The same GLP-1 agonist in ITCA 650 is found in twice-daily Byetta and once-weekly Bydureon.

Novo Nordisk is also developing a once-daily version of semaglutide in pill form. A series of phase 3 clinical trials, including a heart health outcomes trial, are ongoing to test the safety and efficacy of the GLP-1 agonist in pill form. These results are expected throughout 2018. If the data are strong, this could be submitted for FDA approval in 2019 or 2020.