Your Health Journey: Turning Wishes into Reality on Exercise, Food, and More 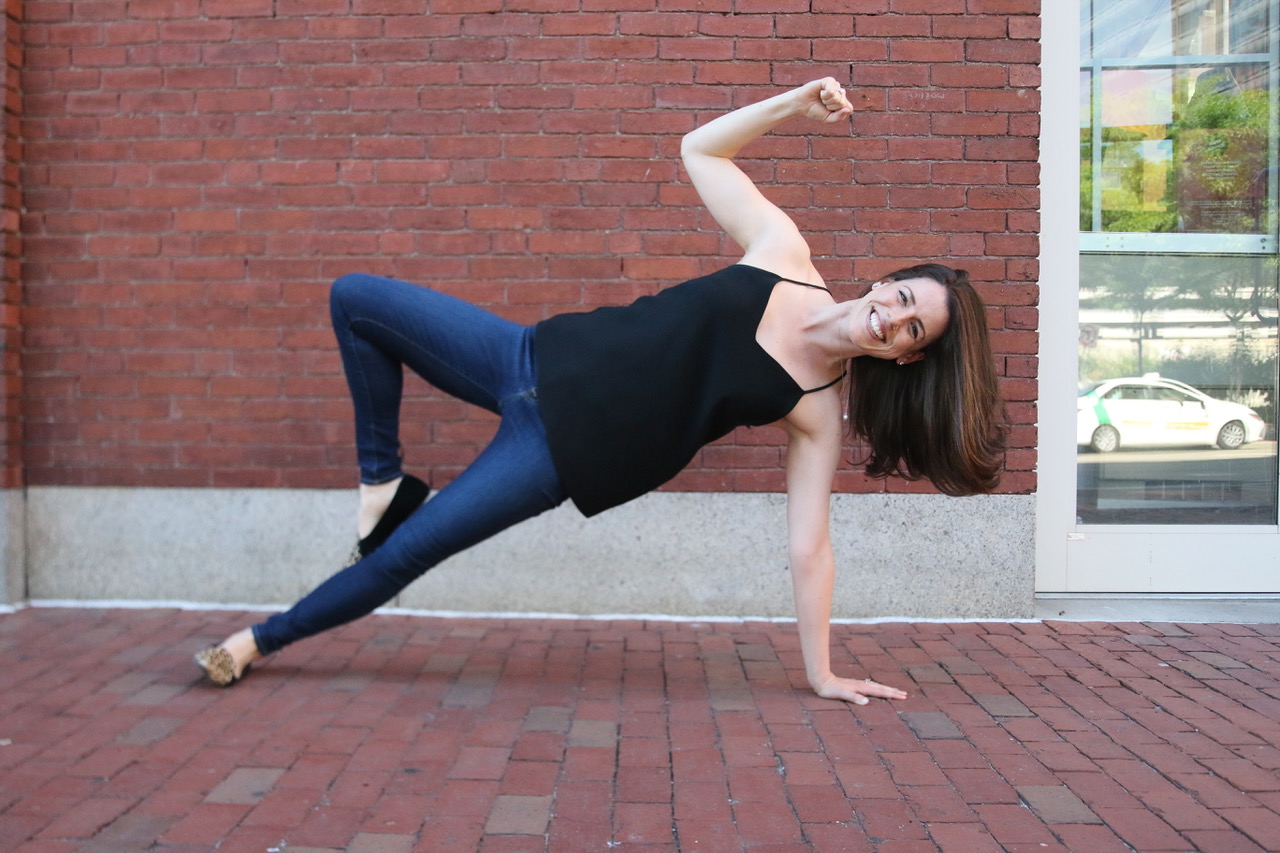 A sibling’s diagnosis of type 1 diabetes inspires a digital company that believes in encouragement, connection, and accountability

When Jessica Lynch’s brother was diagnosed with type 1 diabetes in 2002 – she was 10, her brother was 7 – Lynch remembered it well. “The whole world was going to change,” she said.

The world didn’t change, but the family did. Jess’s mother involved both siblings, as well as their father, in new eating, exercise, and lifestyle routines. That meant everything from putting spinach in smoothies to taking walks after dinner, and as the family embraced this new lifestyle – fewer carbs, more activity – her brother thrived. “His numbers shocked the doctors,” Lynch recalls. “He played all the sports and did everything that the other kids did.”

Lynch’s mother – Laura Plunkett – wrote a book about the experience, “The Challenge of Childhood Diabetes,” and Lynch took away some invaluable lessons. Raising a healthy child with diabetes is not simply about food and exercise. It’s about positive reinforcement and avoiding the harsh judgment that can often be placed on the child. It’s about identifying small things to accomplish each day and then building on those successes. And it’s about having someone who will hold you accountable in a loving and supportive way – in this case, it was Lynch’s mother who did just that.

“Mom’s accountability allowed us to turn the healthy lifestyle changes into habits which we sustain to this day,” Lynch says.

Lynch also realized that these lessons were not specific to diabetes – they apply to anyone trying to make a positive change in their lives . . . and therein lay an idea for a new business.

Lynch grew up in the Boston area and even as a child was interested in starting her own business. She was raised by “radical women,” she says who didn’t take the status quo for granted and took action, including her mother, who’s a therapist, and her grandmother, Linda Weltner, who was a long-time columnist for the Boston Globe.

Lynch earned a business degree at Babson College, worked at PwC, the big accounting firm, and then returned to Babson for her MBA. One day, she couldn’t help but notice that many of her friends kept saying things like, “I wish I exercised more,’ or, “I wish I ate healthier,” or, “I wish I had time to meditate.” The word “wish” struck a chord. People wanted to live better, healthier lives, but life itself often got in the way, so all they could do was wish for something better.

Maybe those wishes could be fulfilled and monetized in a new kind of digital health care company.

The Need for Accountability

Still at Babson and taking a class in entrepreneurship, Lynch conducted about 50 customer interviews, seeking to understand one of the most important questions in public health: how do we motivate people to change behavior? Instead of people “wishing” that they could do something, what encourages people to actually do it?

The problem was not the absence of resources – thanks to technology, we now have more resources than ever before. Wellness apps, for example, are easily accessible, but according to Lynch’s research, those apps only retain seven percent of users after one month.

Missing from these kinds of apps – including those for diet, fitness, meditation, or well-being in general – was any human form of accountability. “We have these app notifications, but we turn them off and ignore them and are not emotionally connected,” Lynch says, “and when our motivation runs out, we stop using them.”

Some health and wellness companies try to fill the motivation gap with personal coaches, which can work, except that coaches are expensive and they don’t necessarily contact you every day. Lynch began building a model for a new kind of company that could connect with customers daily, in a way that was both cost efficient and effective, so that those customers could realize whatever health or fitness goal they had established.

She had the perfect name for the enterprise: Wishroute.

Founded in 2018, Wishroute either signs up customers directly or it provides its services through partnerships with existing digital health or fitness companies to help their users reach their goals by staying accountable. Here’s how it works: Once you sign up, you identify your goal for that month. It’s just one habit, it should be manageable, and it’s daily. Go for a walk, for example, or eat more vegetables, or meditate for five minutes. Just do one thing.

Each morning, you receive a text, which could be an inspirational message, or information on how to interpret food labels, or a suggested walking trail in your town. At night, you’ll receive a check-in text asking how your day went. If you were not able to, say, go for your walk, you’ll receive encouragement for the next day and a suggestion to make a plan. If you did go for your walk, you’ll be congratulated and earn a point, and if you earn enough points, you’ll win a surprise gift.

You never meet the person or persons who are sending you these messages. Anonymity, Lynch believes, makes it easier for the individual to be open and honest and not feel shame if they fall short. The text messages are constructive, supportive, and nonjudgmental – and serve to hold that individual, firmly but lovingly, accountable.

Lynch recognizes what every health care provider knows to be true – changing habits is really hard.

“We all fail,” Lynch says. “That is part of any health or wellness journey. There are days when you don’t succeed because things come up and you need support so you don’t forget the successes you’ve had.”

While she did not create Wishroute specifically for people with diabetes, her assessment of the “wellness journey” – the need for support to offset the inevitable failures – captures the diabetes experience perfectly.

diaTribe founder Kelly Close has been an avid user of Wishroute for eight months now. She says, “I’ve made so much progress, and I love exercising now! I used to think I wasn’t good at exercise so I didn’t want to do it and didn’t think of it as part of my identity, but it’s amazing how helpful it is to have someone smart and encouraging keeping me accountable… I’m hitting 100,000 steps a week, and I can see the difference in my blood sugars and my overall health.” Considering how important it is for people with diabetes to remain motivated to stay healthy, Wishroute may be tremendously helpful for diabetes management. Lynch interviewed Close about her experience with the app – read more here.

Lynch is now 29, and her young company, like many companies, suffered a hit from the COVID-19 pandemic. Wishroute had partnerships established with health clubs so that the clubs could send daily check-ins to their members via Wishroute. Most health clubs have had to shut down during COVID-19, so those partnerships have been on hold for now.

Nonetheless, Lynch is confident her company will succeed, in part because customer feedback has been overwhelmingly positive; clients cite everything from losing weight to feeling less lonely. In the individual market, customers pay $30 a month, or $20 if part of a group plan. The diaTribe community can sign up with code “DIATRIBE” to access a free one-week trial (no credit card needed) and a monthly cost of $20 if you’d like to continue.

“We don’t say how many calories to eat each day or how many weights to lift,” Lynch says. “We are purely providing the inspiration and the accountability to follow through.”

Time will tell whether the business model works, but Lynch has clearly identified a yawning gap in the health care system. That system doesn’t reimburse motivation, nor does it celebrate those who motivate. If you happen to live in a family like the one that Lynch grew up in, you are blessed with a loving support network. But in a world that is increasingly fragmented and siloed, daily text messages that offer encouragement and guidance – regular reminders that someone out there cares about you and your success – well, might be the next best thing.