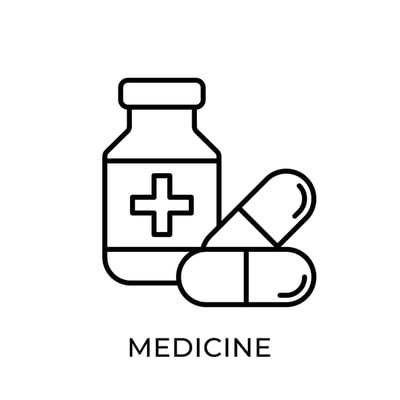 New drugs have been developed to help people with type 2 diabetes lose weight, lower glucose, and prevent complications. These options have not been approved to treat type 1. Researchers suggest that these therapies could provide major benefits for people with type 1 diabetes.

New medications – like GLP-1 receptor agonists, SGLT-2 inhibitors, and the new “dual” GIP/GLP-1 receptor agonist Mounjaro (tirzepatide) – have shown to help people lower glucose levels, lose weight, and protect against complications like heart and kidney disease. However, these drugs are only approved for those with type 2.

Experts at the European Association for the Study of Diabetes (EASD) 2022 meeting in Stockholm agreed that it’s time for a change. These leading clinicians and researchers discussed the latest data suggesting that GLP-1s, SLGT-2s, and combinations of these therapies could benefit people with type 1 diabetes.

First, Dr. Jerry Greenfield, an endocrinologist and clinical researcher at the Garvan Institute of Medical Research in Sydney, Australia, discussed GLP-1 receptor agonists. “Current therapies address [the need for] insulin but do not target other metabolic defects in [many people with] type 1 diabetes, such as insulin resistance, weight gain, or excess cardiovascular risk,” he said.

After summarizing these unmet needs in type 1 diabetes care, Greenfield said that many people with type 1 have asked their healthcare providers to prescribe GLP-1 receptor agonists. Though some clinicians have started to prescribe these drugs “off-label” – without FDA approval – many still avoid prescribing them to people with T1D. Also, as Greenfield emphasized, there have not been enough large-scale clinical trials exploring the use of GLP-1 receptor agonists in people with type 1.

However, “not enough” is not “none.” For example, the ADJUNCT studies, which included over 2,000 participants with type 1, looked at treatment with liraglutide (brand names Victoza and Saxenda). Study results demonstrated that participants using liraglutide lost an average of 5kg (11 lbs) during the 26-week study, significantly more than the placebo group. Also, for those in the study who still had some level of natural insulin production* (even at extremely low levels), liraglutide significantly reduced A1C.

*Note: While this does not apply to all people with type 1, a majority still show trace amounts of insulin production, sometimes even decades after being diagnosed.

“Many patients with type 1 diabetes are not satisfied with their current treatment options and are willing to consider adjunct therapies, despite the potential risks,” said Greenfield. He suggested, based on evidence from ADJUNCT and other studies, that clinicians should measure insulin production to predict how someone with type 1 may respond to a GLP-1 receptor agonist. He also advocated for more research to understand how GLP-1s could reduce the risk for heart disease in people with type 1.

Following Greenfield’s discussion on GLP-1 receptor agonists for people with T1D, Dr. Parth Narendran, professor of diabetes medicine at the University of Birmingham in the UK, shifted the conversation to SGLT-2 inhibitors, highlighting several studies that have explored these drugs in people with type 1 diabetes.

At the end of his remarks, Narendran acknowledged that there are risks to prescribing SLGT-2s “off label” to people with type 1 diabetes. “Perhaps using ketone monitors could help patients monitor their levels to avoid the safety concern [of DKA],” he said.

Ketone monitoring can help detect and possibly prevent an episode of DKA. However, a survey conducted in Australia showed that over 30% of people with type 1 did not own a ketone test kit, and many of those who do are likely not testing regularly. Ketone test kits are currently available for purchase and several companies are conducting clinical trials for continuous ketone monitors. Narendran added that educating people about ketone monitoring and the risks of taking an SGLT-2 might make these drugs much safer to use.

He concluded by encouraging industry and other researchers to conduct more clinical trials on SGLT-2 inhibitors in people with type 1 diabetes to better understand the risks associated with these therapies.

Dr. Husam Ghanimn, research associate professor of endocrinology at the State University of New York at Buffalo, suggested that a combination of these drugs may also be effective for people with type 1 diabetes.

Ghanimn presented results from a small study exploring the effects of an SLGT-2 inhibitor in individuals with type 1 who were already taking a GLP-1 receptor agonist and insulin. The study found that adding the SGLT-2 inhibitor significantly lowered A1C, without increasing the risk of hypoglycemia. Because there were only 30 participants in this study, Ghanimn said that larger research studies were needed to confirm the safety of this combination; this trial offers early evidence to support more research. Among these participants taking the SGLT-2 inhibitor, however, there were two instances of DKA.