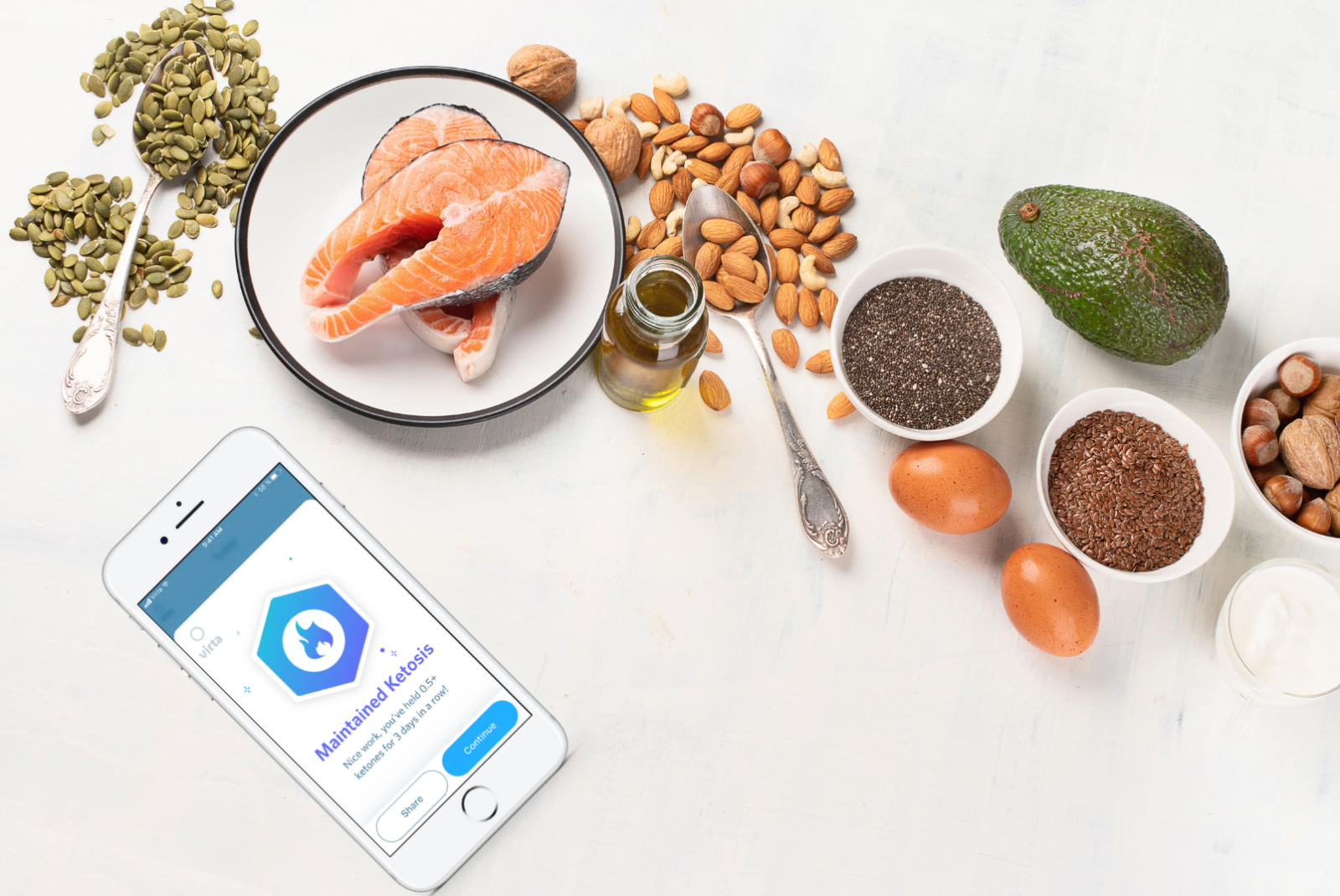 Five reviews of Virta Health’s type 2 diabetes treatment from diaTribe readers over one year. What is it like to receive real-time medical supervision, 1:1 coaching, and personalized nutritional guidance based on carbohydrate-restriction? Read about A1C, blood sugar, weight, mood, energy, and other changes – straight from readers!

Virta Health provided one year of the Virta Treatment to five randomly chosen diaTribe readers with type 2 diabetes who expressed interest after we initially wrote about Virta. We surveyed these participants several times throughout the year and have gathered feedback on their experience below. Virta had no input on the content of this article.

What is Virta Health? 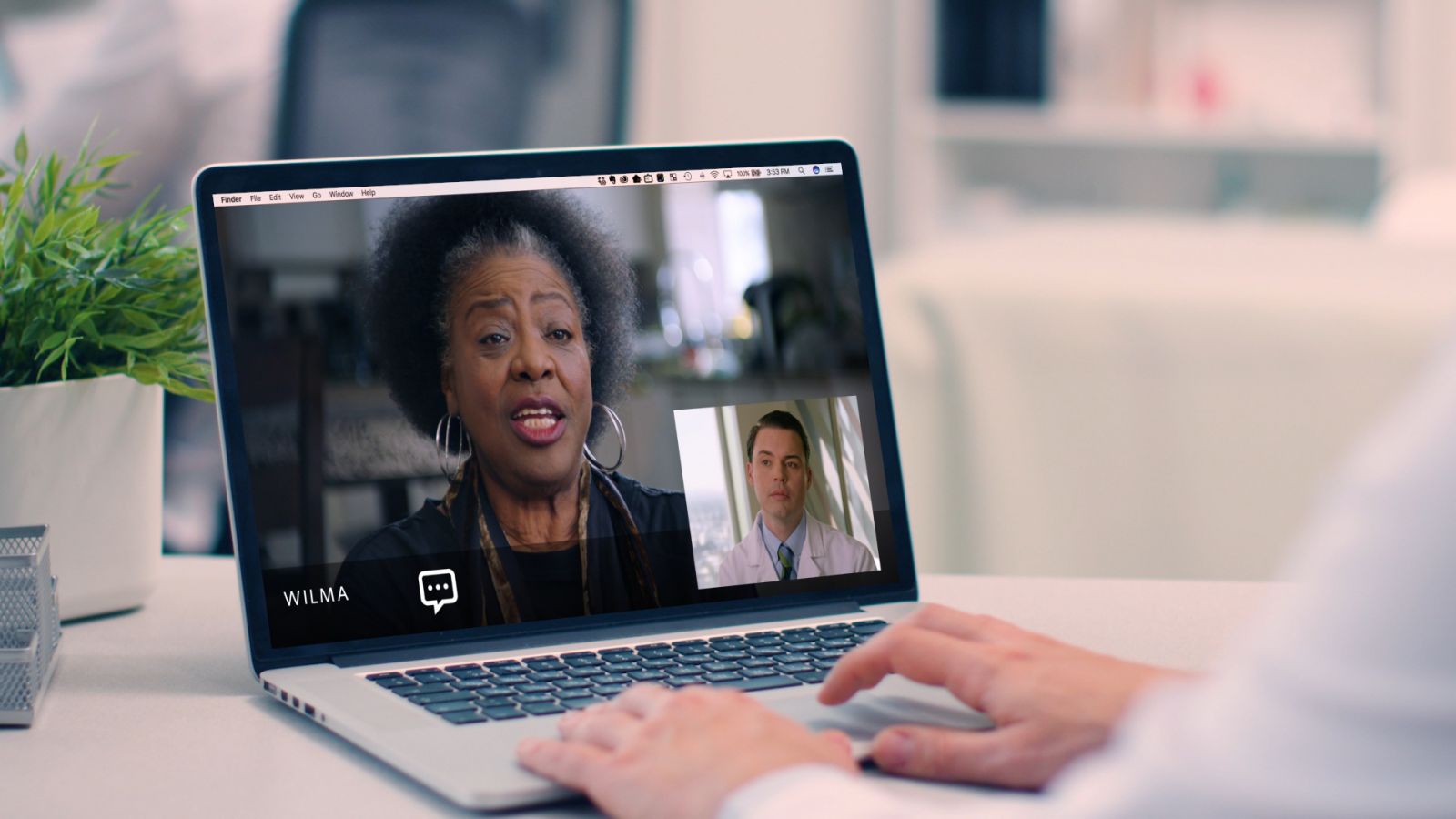 In spring 2017, Virta introduced itself as a solution to “reverse” type 2 diabetes without surgery or medications. Virta provides an “online specialty medical clinic” with health coaches and physicians who help individuals manage, and possibly reverse, their diabetes using daily online coaching and very low-carb, high-fat (ketogenic) diets. Greatly lowering carbs can dramatically reduce the need for glucose lowering medications. Also, independent science has established that significant weight loss can lead to reversal of diabetes in patients with less than ten years of diabetes duration.

Virta defines “reversal” of type 2 diabetes as maintaining an A1C below 6.5% with the elimination of all diabetes medications other than the generic pill, metformin. Note that this doesn’t necessarily mean a permanent reversal or cure. Diabetes can return, however, if certain lifestyle modifications are not maintained. That’s why some picky healthcare providers favor the term ‘remission.’ Earlier one-year results from Virta’s trial had shown that on average, Virta has helped people lower their A1C by 1.3% and lose 12% of their body weight (24 lbs of weight loss for a 200 lb person). After one year in the program, 60% of completing participants reversed their diabetes by the definition noted above. The two-year results, just reported at a scientific conference, showed similar benefits.  Though this interventional trial was not randomized (participants self-selected Virta), which means that the results can’t necessarily be extended to the general population, it is very exciting to see this opportunity likely exists for many people with type 2 diabetes.

Several employers and health plans fully cover the cost of the Virta treatment, which is otherwise pricey to pay for out of pocket. Notably, Virta recently announced its pricing for insurance companies is now 100% based on outcomes (“at risk”) – if a user does not get benefit, Virta does not get paid. Those without insurance coverage can use Virta for $370 per month for the first year (plus a $500 initiation fee) and $199 per month for all subsequent years.

Reviews of Virta from diaTribe Readers

We also asked, “What have you learned from Virta that you would like to share with others?” Here were the responses:

Continue reading for individual reflections on the Virta Treatment. 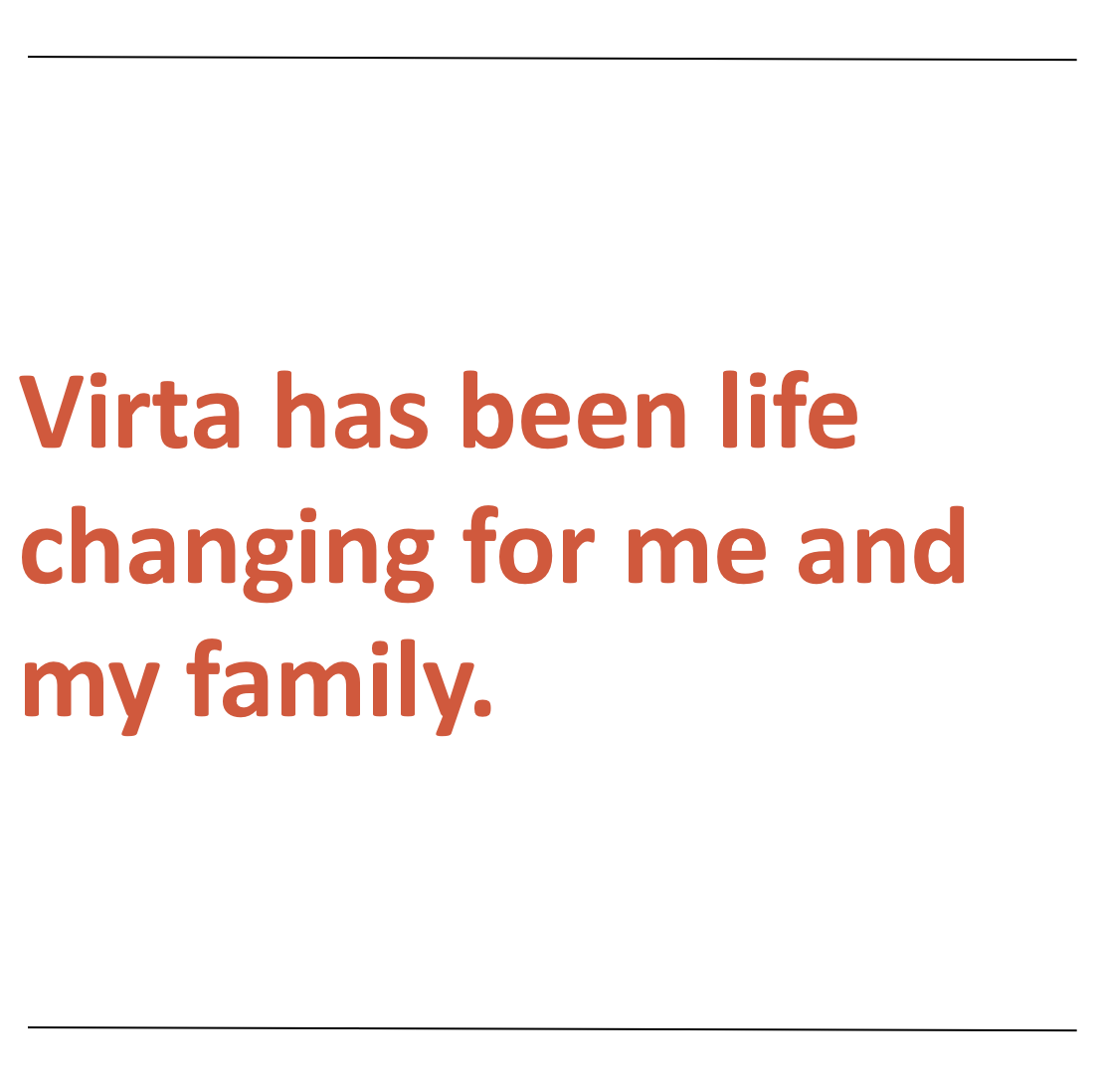 ANYA: After starting the Virta Treatment, Anya (40 years old) lost almost 50 lbs from her starting weight of about 220 lbs after ten months. In addition to a 2.1% reduction in A1C from a starting level of 7.5%, Anya has been able to eliminate all diabetes and cholesterol medications, due to the educational material and support from her doctor and health coach. By Virta’s definition, she has reversed type 2 diabetes. She reported that Virta has been a life-changing experience, particularly because she feels more energy and has improved sleep. Her favorite low-carb meal? A special Virta recipe for low-carb cheesecake!

Anya did experience a change in her health coach while on the Virta Treatment. She described both coaches as extremely helpful and informative but found it difficult to re-establish a strong relationship with the second coach. However, when asked what she disliked about Virta, Anya replied: “I can't find anything about Virta that I do not love”.

“My husband asks, "What happened to my wife? Who are you?" I no longer need naps to make it through my day. I choose to be active and enjoy the outdoors with my active family. I have the energy to work and clean the house. I now workout 5-6 days a week, compared to 0 before Virta. I always wondered if it would be worth all the work to lose the weight and I now know, it is!”

“I struggled for years with weight related health issues. diaTribe and Virta gave me a year trial which literally gave me life. They gave me a quality of life that brings joy to myself, my family and my friends. I do worry that old ways can creep back, but I honestly feel that the support from the past 10 months will help me to keep the changes lifelong! I made sure to have the first family pictures in 5 years taken. I am now a new person and I want this time documented!”

"Virta has been life changing for me and my family."

ANDRÉ: André (55 years old) is a unique participant for the Virta Test drive. Before starting Virta, he restricted his carbohydrates and followed a ketogenic diet. He did not experience weight loss or A1C reduction while on the Virta Treatment, but reported that his pre-Virta low carbohydrate approach resulted in significant initial weight loss, A1C reduction, and elimination of all diabetes medications.

With Virta, he reported that his diet has continued to improve. He has maintained his weight loss and a lower A1C at 5.0%. He described the coaching as incredibly helpful. His favorite keto meal is chicken alfredo with zoodles (made from zucchini).

“I feel good. I have good energy and love that my numbers seem to be quite good on Virta.”

“I feel like I have even more tools in the arsenal to deal with this disease and that I can control it better and longer with less meds.” 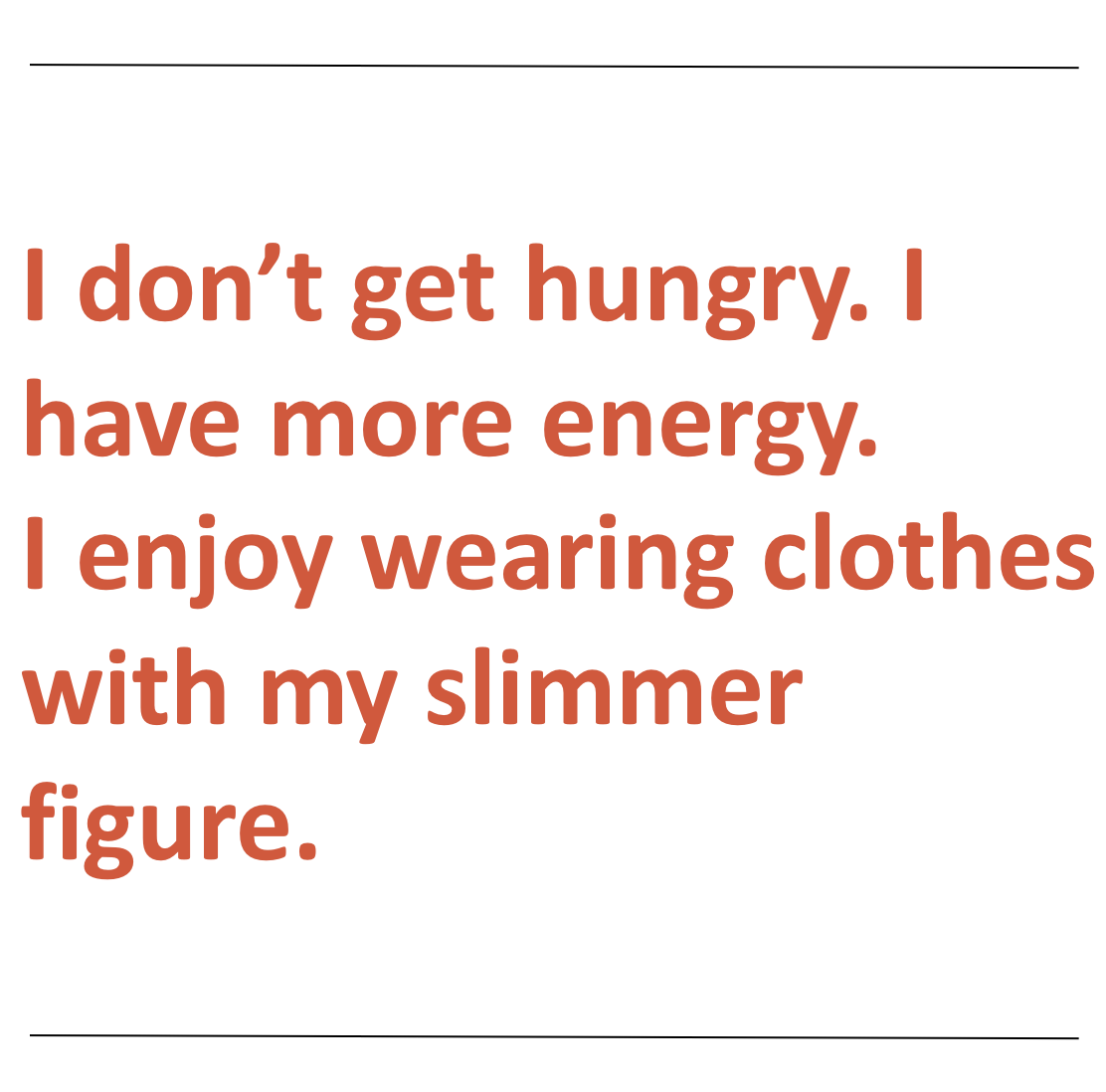 BETTY: Betty (63 years old) has lost more than 20 lbs from a starting weight of 218 lbs, and reduced her A1C by 0.8% from a starting level of 7.9% while on the Virta Treatment. Notably, after approximately 8 months with Virta, she has reduced her daily insulin requirements by 78% (from 80 units to 18 units). Betty has found that Virta’s online resources and coaching program are keys to her success – both have kept her motivated and accountable. Importantly, Betty reported that she feels more energized, less hungry, and has less swelling.

Her suggestion for how Virta could improve was mostly about the recipes. She noted that the recipes had odd portion sizes (like “11 servings”), which made them difficult to divide into a single serving size. Additionally, she mentioned that there were no dessert recipes that were low enough in carbohydrates for her individualized daily carbohydrate goal. When she mentioned this her coach started actively seeking out dessert recipes from other sites and sending them to her.

That said, she’s pleased that some employers are covering the cost of Virta and believes that if she continues to follow the Virta diet, her diabetes symptoms will diminish.

“Virta has an amazing website with videos, recipes, and biomarker tracking. There is an active group that shares success stories. I feel empowered to make good choices because I have so many resources on the website that are credible.”

“My coach is in contact every day, 7 days a week including holidays with helpful information and support. Having to do the glucose and ketones every day keeps me accountable as I know any cheating will be obvious. When I do have a bad day, there is no judgment, just get back on track. This is the only time in my life I have been able to stick to a healthy eating program because I am seeing results. I love that they are science based, with clinical trial results published. I feel that the diet is sustainable.”

“My feet used to need massages every night to drain the swelling – no swelling now. I used to have trouble walking by the end of the day due to pain and swelling and had burning pain every night and now it is rare. I don't get hungry. I have more energy. I enjoy wearing clothes with my slimmer figure. I get a lot of support from my husband.”

SARAH: Sarah (50 years old) reduced her A1C by 0.7% from a starting level of 7.2% after just three months on the Virta Treatment with no diabetes medications. She did not experience any significant weight loss but feels “much better” on the Virta Treatment. Sarah contributes her A1C improvements to her personal actions and decisions, rather than Virta’s program. She described Virta as “just keto with coaching” and would have preferred that Virta’s coaching – which she did describe as “phenomenal” – took a more proactive approach, rather than just being “there when needed.” Additionally, while Sarah said that Virta does have some decent recipes, she primarily used other websites (Diet Doctor and diaTribe) to find low-carb recipes.

“Although, I have not followed the Virta plan 100%, I was able to make A1C improvements and know I will continue.”

“I like that doing this program made me realize I needed to do something about my blood glucose level. But I believe my A1C improvement was because of my actions and not really Virta.” 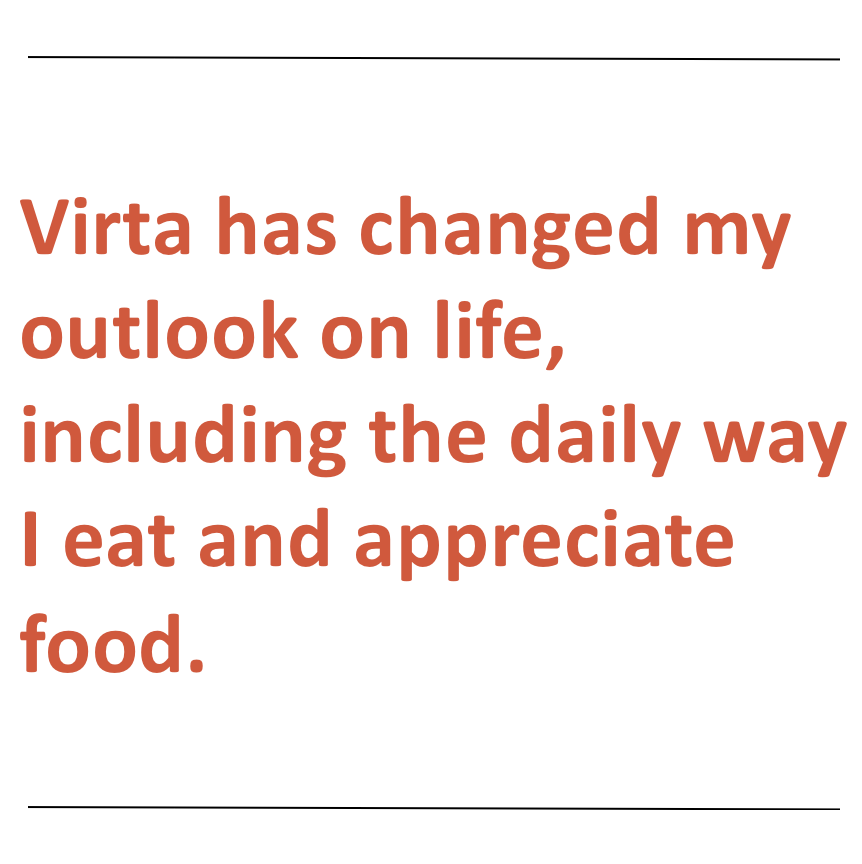 STEVE: On the Virta Treatment, Steve (45 years old) has lost 30 lbs from a starting weight of around 300 lbs. He has also reduced his A1C by 1% from a starting level of 7.8%. He now feels more on top of his blood sugar and was able to stop all diabetes medications. Steve described that he feels “amazing” on the Virta Treatment and is on the path towards reversing his type 2 diabetes.

“Virta has changed my outlook on life, including the daily way I eat and appreciate food. There were moments at first that were hard, but now it is much easier.”

“What’s there to dislike? Virta is the bomb!”

We thank all our Test Drive participants tremendously for working with us on this project and providing their personal insights on Virta.