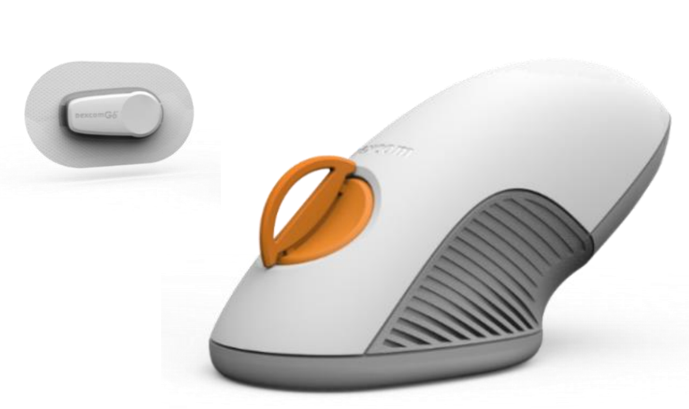 Launch expected in 2018, possibly with no fingerstick calibration. Also, a 30% smaller transmitter and a new one-button inserter. Plus, what’s the latest on Medicare?

In September, Dexcom submitted its next-generation G6 continuous glucose monitoring (CGM) sensor for FDA approval. A US launch is expected sometime in 2018.

The current submission is for a 10-day wear CGM sensor that requires one fingerstick calibration per day and includes a 30% thinner transmitter and redesigned one-button inserter.

But in exciting news, Dexcom also shared new plans to quickly move to a no-fingerstick-calibration version of G6. Talks are ongoing with the FDA, and Dexcom currently believes a no-calibration-needed G6 could possibly launch by the end of 2018. This will depend on how FDA discussions go over the coming months. Dexcom might choose to skip directly to the no-calibration G6, or might opt to launch the one calibration per day version first (followed by an update).

This accelerated timeline to a no-calibration G6 follows FDA approval of Abbott’s FreeStyle, which does not require any fingerstick calibrations. (FreeStyle Libre is expected in US pharmacies by the end of this year.) It is good to see both companies working to provide continuous glucose data in less burdensome, easier-to-use, no-fingerstick-calibration products.

Beyond calibration, the G6 sensor is expected to have a two-hour warm-up period, no interference for acetaminophen (Tylenol), likely better accuracy/reliability than G5 (especially on day 1), and new predictive alerts. Like the G5 system, G6 will send real-time data to a receiver/phone app and offer high/low alarms.

Click below to learn about the other updates in Dexcom’s recent presentations:

What else is new in Dexcom’s pipeline? 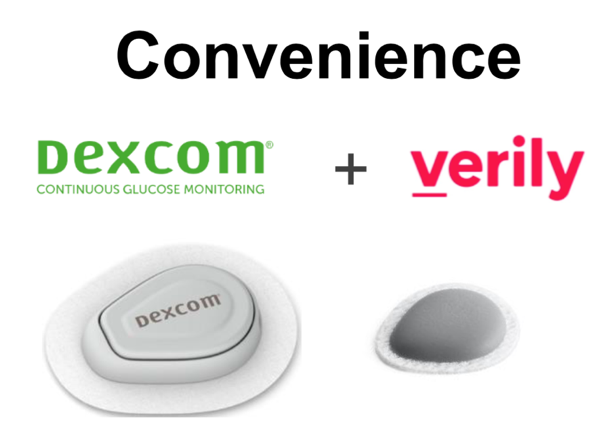 Dexcom continues to work on next-gen, fully disposable, smaller CGM products with its partner Verily. The updated picture below was presented two weeks ago, showing plans for the first and second-gen products. The first gen on the left will launch after the no-calibration G6 sensor (see picture), so we’d speculate it’s roughly at least one year away from launch (perhaps more). Since the last update, this first-gen transmitter now has a slightly flatter profile on the body (though it is a bit wider). The tiny second-gen version on the right – which is also expected to be much lower cost – is at least a couple years away from launch. Both sensors are expected to send data to the phone (real time), last 14 days, and not require fingerstick calibration. 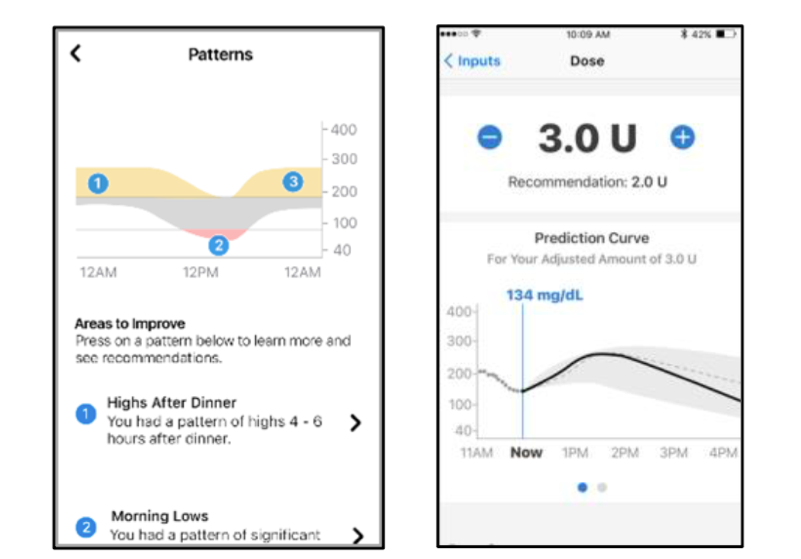 Dexcom’s recent conference presentation also shared screenshots of potential “decision support” – for instance, a CGM-based bolus calculator that would account for trends. The slide also suggested CGM enabled diabetes education programs are development, focused on exercise, diet, sleep, and medication optimization. There is no timing on when these might launch, though the intent is to add more valuable insight to CGM data.

The Dexcom G5 app currently relays data to the Apple Watch and Android Wear. In 2018, Dexcom plans to launch integration with Fitbit’s Ionic smartwatch. Dexcom is also working to send data directly to the Apple Watch from the transmitter – no nearby phone required – though there is no timing to report. Read more here.

As of November 2, Dexcom reported that over 4,000 Medicare beneficiaries have been shipped G5 CGM systems. The company hopes to ship the remaining “close to 20,000” patients before the end of 2017. It’s taken some time to work out the Medicare reimbursement, though it sounds like things are more on track now.

Unfortunately, there is no update on when Medicare users will be able to use Dexcom Share – currently, Medicare will not pay for CGM if the phone app is used for remote monitoring. We know the company is working on this behind the scenes.