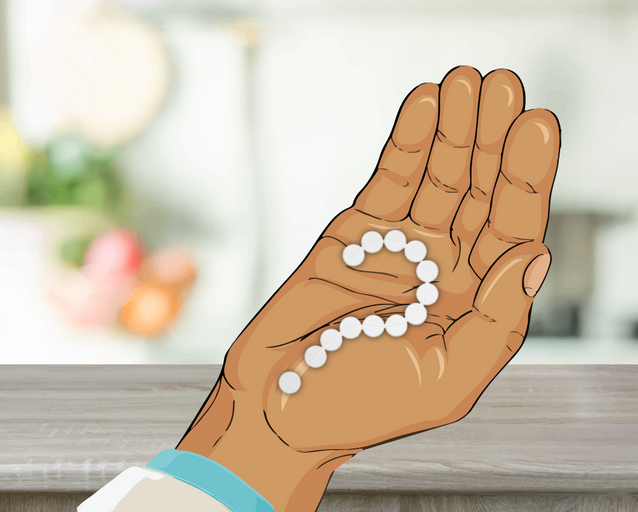 By Marcia Kadanoff and Timothy Hay

Starting on metformin? My journey as a type 2 of learning how to deal with side effects, “faux lows,” and learning more about this therapy

Editor’s note: this article is in Marcia’s perspective of living with type 2 diabetes, as written by Timothy Hay

When I was first diagnosed with type 2 diabetes at the age of 58, my doctor immediately put me on metformin, a medication I didn’t know much about.

I soon learned why metformin is considered the first line of defense for people with the condition, as it is safe, effective, and affordable. It’s not linked to weight gain and it puts very little stress on the internal organs. I also read that metformin has side effects for some people.

I expected it to work like insulin in pill form and drop my blood sugar (around 180 mg/dl at the time) right away. But metformin doesn’t work like that. Not at all.

I learned – as millions of people with type 2 diabetes have – that metformin doesn’t immediately lower your blood sugar. It can take four or five days to experience the full benefit, depending on your dosage.

It might not solve all your problems in the blink of an eye. But it is an effective medicine, and its interaction with the body is complex and interesting.

What We Know About Metformin

Metformin, which is also sold under the trade names Glucophage, Fortamet, Glumetza, and Riomet, is of the class of drugs called biguanides, which inhibit the production of glucose in the liver.

The medicine does not increase insulin levels in the body, but instead lessens the amount of sugar the body produces and absorbs. As it lowers glucose production in the liver, metformin also lowers blood sugar by increasing the body’s sensitivity to insulin. It also decreases the amount of glucose that our bodies absorb from the foods we eat.

For most people with type 2 diabetes, metformin works to bring down blood sugar gradually when combined with a healthy diet and exercise (I found Adam Brown’s book, Bright Spots & Landmines: The Diabetes Guide I Wish Someone Had Handed Me to be helpful, particularly in deciding what to eat and not to eat). It’s not so much a quick fix with overnight results as it is an important component of a larger health regimen that keeps the condition manageable.

Metformin does cause side effects in some people, but many of these are mild, and are associated with taking the medicine for the first time. Nausea and gastric distress such as stomach pain, gas, bloating, and diarrhea are somewhat common among people starting up on metformin.

For some people, taking large doses of metformin right away causes gastric distress, so it’s common for doctors to start small and build the dosage up over time. Many people start with a small metformin dose – 500 milligrams once a day – and build up over a few weeks until the dosage reaches least 1,500 milligrams daily. This means there’s less chance of getting an upset stomach from the medicine, but also means it may take a bit longer to experience the full benefit when getting started on metformin.

I experienced some mild side effects when I started taking metformin, and I found that the symptoms correlated with how many carbs I had in my diet. Once I dropped my carbs to 30-50 grams per day – something that took me weeks to do – any symptoms of gastric upset went away.

Asking your doctor for the extended release version of metformin can keep these symptoms at bay, and so can tracking your diet.

The medication can cause more serious side effects, though these are rare. The most serious of these is lactic acidosis, a condition caused by buildup of lactic acid in the blood.  This can occur if too much metformin accumulates in the blood due to chronic or acute (e.g. dehydration) kidney problems. Severe acute heart failure, or severe liver problems can also result in a lactate imbalance.

Metformin can also increase the risk of hypoglycemia (low blood sugar), particularly for those who take insulin and drugs which increase insulin secretion (such as sulfonylureas), but also when combined with excessive alcohol intake. Even though I’m not on insulin, I started on continuous glucose monitoring (CGM) to be able to keep a closer eye on my blood sugar levels. Of course, regular checking with a blood glucose meter is also helpful in preventing low blood sugar episodes.

Because long-term use of metformin can block absorption of vitamin B12, causing anemia, sometimes people need to supplement vitamin B12 through their diet as well.

For most people who take metformin, side effects are mild and relatively short in duration.

There is another common side effect often experienced by people taking metformin for the first time. It’s something called a “faux low.”

A faux low happens when you drop your blood sugars to a “normal” range after running consistently high (i.e. above 180 mg/dl), whether by starting on a therapy like metformin or going on a low-carb diet, or both! Your body responds to this change as if it’s in real hypoglycemia (below 70 mg/dl).

Although every person with diabetes has a different blood-sugar threshold and different symptoms, people often feel irritable, tired, shaky, and dizzy when their blood sugar is 70 mg/dl or lower. When I experienced faux lows, I felt similarly dizzy, lightheaded, nauseous, and extremely hungry. 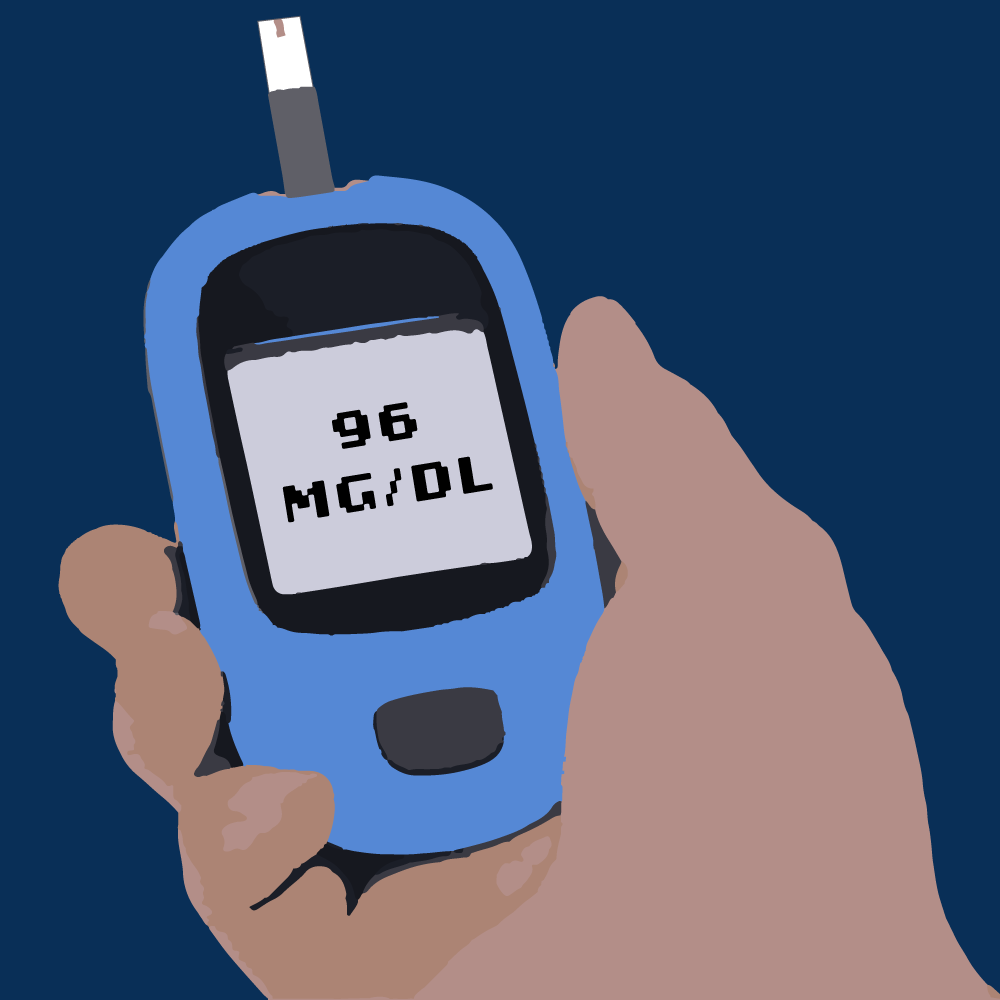 If you experience symptoms like these and have confirmed with a glucose meter the low you are feeling is indeed false (i.e. your meter says you’re at 96 mg/dl), keep taking your metformin as directed. Don’t start carb-loading (eating carb-rich foods like orange juice to bring sugars back up).

If I’m indeed having a faux low and not a real one, I found that drinking water and taking a high-sodium, non-carbohydrate snack (nuts are great for this, especially macadamia nuts which are high in fat) nips the symptoms in the bud, allowing me to move on with my life.

Note that especially for type 2 folks out there on metformin and insulin or sulfonylureas, hypoglycemia is a real risk. If you’re feeling low, check your blood sugar – there will be times when you do need to treat hypoglycemia with glucose tablets or orange juice or the like.

Most people with type 2 diabetes tolerate metformin well and are glad it’s available in generic form, which keeps the price low. The medication is so effective as a first-line therapy the American Diabetes Association includes it in its diabetes Standards of Care.

But metformin could have additional uses and benefits outside of treating type 2 diabetes.

Researchers are currently studying whether the medicine can help in the fight against cancer, neurodegenerative conditions, vision problems like macular degeneration, and even aging. It will be a while, however, before uses other than blood-glucose lowering are proven to be effective.

At the same time, metformin is also used in the treatment of gestational diabetes and polycystic ovary syndrome.

The American Diabetes Association has said more doctors should be prescribing metformin to treat prediabetes (a state of higher-than-normal blood glucose levels that doesn’t meet the diagnostic criteria for diabetes), especially for people under the age of 60, although the FDA has yet to bless metformin’s use for the condition.

The FDA has also not officially approved metformin as an aid in losing weight. Many people with type 2 diabetes have lost weight after taking the drug, as researchers are still torn over exactly how metformin affects the weight. Some believe it decreases appetite, while others say it affects the way the body stores and uses fat.

Scientists are also examining metformin’s potential to protect against heart disease in people with type 2 diabetes – some older data supports this. While robust heart outcome trials with metformin are yet to be conducted, more attention is being paid to this research area.

It will be an exciting development if metformin is helpful in the treatment of cancer or neurodegenerative conditions like Huntington’s. But what if it is found to help people managing type 1 diabetes?

Metformin is not currently approved by US or European regulatory agencies for use in type 1s, but people have been known to take the medication anyway, and many doctors prescribe it if someone with type 1 diabetes is overweight. There are actually several reasons metformin is an attractive option for many type 1s. One, metformin has been found to help reduce glucose production in the liver, which is a problem in type 1 diabetes. Two, people often form resistance to the insulin they take, and metformin can help improve insulin sensitivity.

And, metformin may support weight loss and protection against heart disease. A study published in the Lancet following type 1 participants for three years found that compared to placebo, participants taking metformin lost weight. Particularly because insulin often causes weight gain, healthcare providers prescribe metformin “off-label” (not for intended use approved by regulatory agencies) to their type 1 patients. While the study didn’t find that metformin definitively protects against heart disease, based on observed trends in the data, the authors concluded that it may have a role in heart disease risk management. 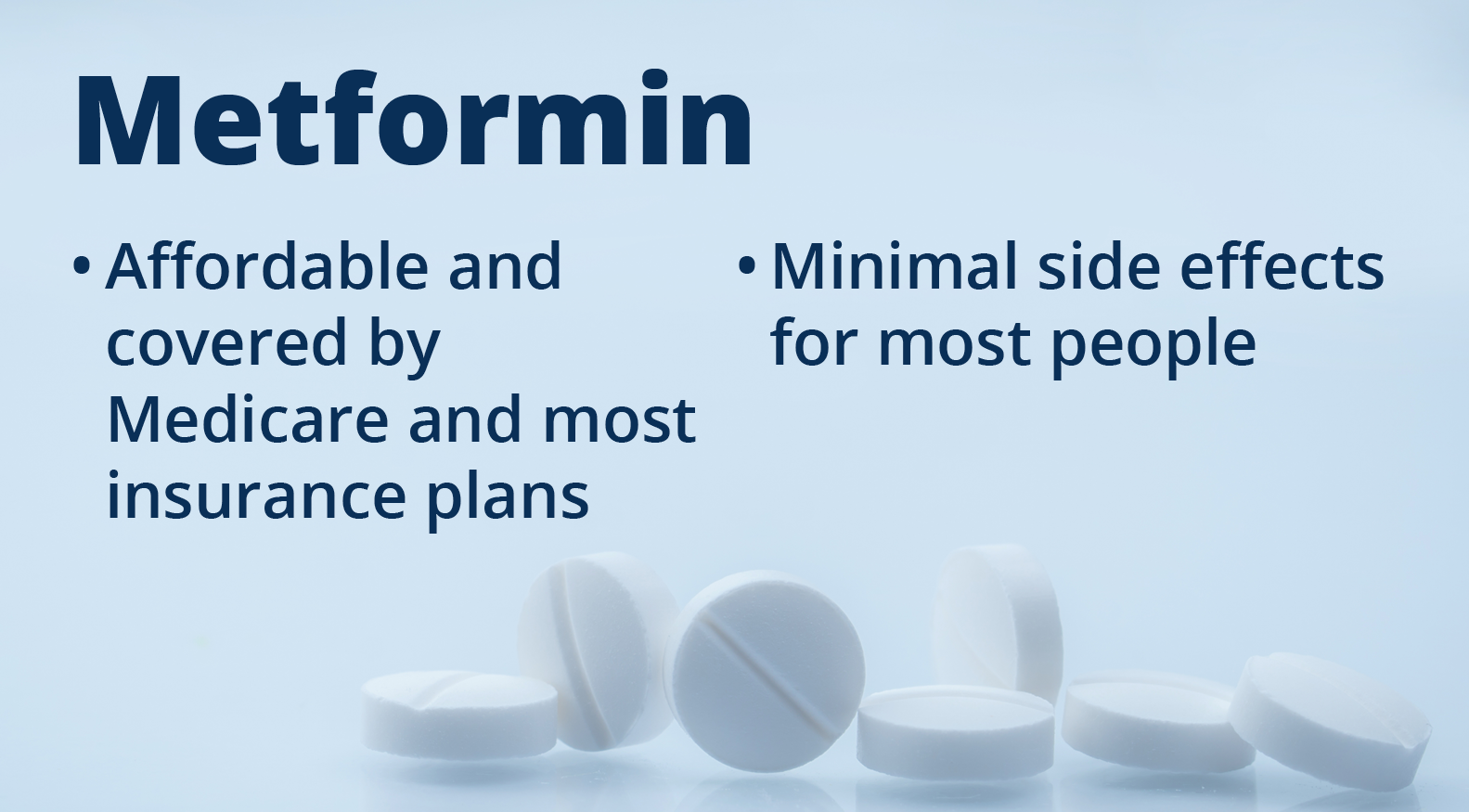 If you are a person with type 2 diabetes, there are plenty of benefits to taking metformin for its original, intended purpose.

Its side effects are minimal for most people. It’s affordable and covered by Medicare and most insurance plans. Speaking for myself: metformin doesn’t have to cure aging or cancer to be immensely valuable. It helps me process insulin and go on with my life. For me, that’s enough.

Marcia Kadanoff is an advisor to The diaTribe Foundation. She was diagnosed with type 2 diabetes in June 2017 at the age of 50-something, and both her parents and grandparents died of diabetes-related complications. With the help of diaTribe and Adam Brown's book, Bright Spot & Landmines, Marcia discovered that type 2 diabetes can be put into remission with lifestyle changes. Over the next 7 months, Marcia worked to reverse her diabetes through a LCHF (low-carb, healthy fat) way of eating and regular exercise. Along the way, she lost 45 lbs (!) and found that she no longer suffered from sleep apnea and fibromyalgia. Marcia has maintained her weight loss for a year and had a 4.9% A1C at her last checkup. She wants other people with type 2 to know that they too can put their diabetes into remission.