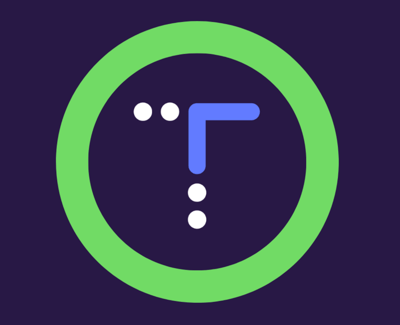 What the trial is testing: Loop is a do-it-yourself (DIY), automated insulin delivery (AID) system, which runs as an app on an iPhone and was developed by people with diabetes and their loved ones who didn’t want to wait for device manufacturers and the FDA. Loop has not yet been submitted to the FDA. The system communicates with a Dexcom or Medtronic continuous glucose monitor (CGM), and works with old Medtronic pumps and now Insulet’s Omnipod. (Read instructions here.) This is a virtual, observational study, meaning it will remotely follow people using Loop and passively collect data. Researchers hope to learn more about what is working well and what could be improved. Read our test drive series on DIY Loop.

What the trial is measuring: Participants will receive an A1C testing kit in the mail at the beginning of the trial, after six months, and after 12 months. Through the existing Tidepool Mobile app, both CGM and pump data flow automatically from the DIY Loop app to study coordinators. Researchers also record user reports on any occurrences of severe hypoglycemia and diabetic ketoacidosis (DKA); these take one or two minutes to fill out on a phone once per week.

Participants will be compensated with a $50 electronic gift card at baseline (after completing questionnaires and the A1C measurement), and then $50 after six and 12 months. At the end of six months and 12 months, participants will receive up to $60 for completing the weekly questionnaires. Adam has been in this study for two months, and the total time commitment so far has been less than two hours.

Why is this new/important? Loop is currently a DIY app, meaning it does not have FDA approval and requires carefully following step-by-step instructions to install. Last year, Tidepool announced plans to submit a commercial version of Loop to the FDA, which would work seamlessly with some insulin pumps and CGMs. The data from this observational study will be incorporated into Tidepool’s FDA submission. Study coordinators are especially interested in enrolling new Loop users in this observational study, which will help assess if new users can safely get onto Loop – especially those who may not be “early adopters.” The current DIY version of Loop being used in this trial is more complicated than the planned Tidepool Loop. For example, a RileyLink communication bridging device is needed for the iPhone to talk to the Medtronic or Omnipod pump. By contrast, Tidepool Loop will use Bluetooth-enabled insulin pumps that seamlessly communicate with the phone app.

Recently, RileyLink inventor Pete Schwamb released code to begin using Insulet’s Omnipod (tubeless insulin pump) with DIY Loop. While the code needs to be tested further before “it’s an official part of standard Loop,” it has undergone testing by about 30 DIY users. People with the new 433 MHz RileyLink device, current Omnipods (i.e., non-Dash), and a compatible iPhone can help further test the code. While this step is separate from Tidepool’s efforts to get Loop approved by the FDA, this could boost the number of DIY Loopers and expand the number of people who may be interested in joining this study. Read more details on the DIY Omnipod Loop here.

Trial locations: Anyone in the United States can participate. You are not required to go to any locations over the course of the study.