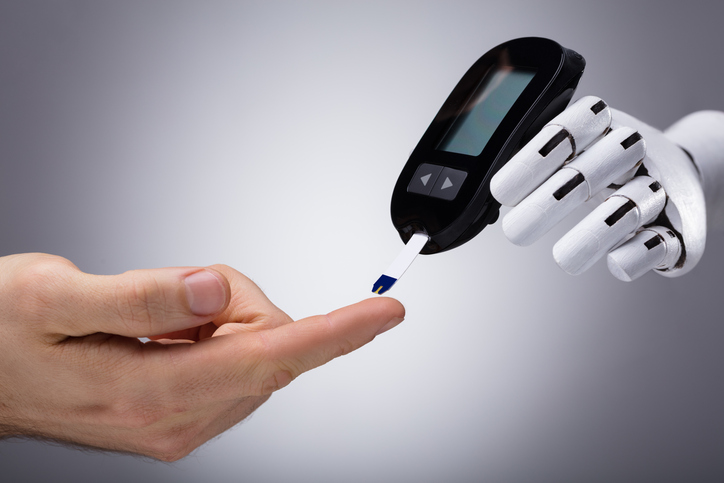 A fascinating session at the EASD 2022 conference on emerging technologies sheds light on where we are with AID and telemedicine, and what leading researchers in diabetes believe is coming next in diabetes management.

Healthcare is rapidly evolving, and now more than ever, robots and artificial intelligence have gone from science fiction to critical components of diabetes management. At the EASD 2022 conference in Stockholm, Sweden, researchers further explored this concept in a session titled, “A New Hope or Strange New Worlds: Submerging diabetes into emerging technologies.”

Dr. Moshe Phillip, head of the Institute of Endocrinology and Diabetes at Schneider Children's Medical Center of Israel, began by demonstrating how continuous glucose monitors (CGMs) represent a paradigm shift in diabetes technology. “CGM is the most important tool in the last 20 years,” he said.

Phillip explained how these technologies intersect with artificial intelligence to create a Clinical Decision Support System (CDSS). He pointed out that diabetes treatment guidelines are “so complex that it is very difficult to follow.”

The CDSS incorporates data from technologies such as CGMs, insulin pumps, smart connected pens, and even self-monitored blood glucose meters. This data is analyzed by artificial intelligence algorithms that detect glucose patterns and insulin dosing events, ultimately providing an in-depth visualization of an individual’s health data.

“Within a split second, physicians get information on how to tailor the therapy for each individual patient,” Philip said. Like knocking on your colleague’s door and asking for a second opinion, the CDSS is intended to be used as a supportive tool.

With a more convenient visual representation of health data, physicians do not need to spend as much time sifting through pages of data and can spend more time facilitating a discussion with their patients.

Advantages and Challenges of Telemedicine

Although telemedicine has been on the rise for several years, the COVID pandemic led to a rapid acceleration of its adoption. Dr. Richard Holt, professor in diabetes and endocrinology at the University of Southampton, said, “Overnight, we were forced to adapt to telemedicine because face-to-face was no longer safe with the pandemic.”

People with diabetes appreciated the increased convenience and flexibility of telemedicine, while healthcare providers benefited from fewer missed appointments and cancellations. Additionally, not having to wait in the waiting room increased people’s privacy and reduced the risk of the spread of infections in the clinic.

However, Holt pointed out that the shift to telemedicine came with various challenges. He cited a study that suggested around 60,000 cases of diabetes might have gone undiagnosed in the United Kingdom because of the COVID pandemic. There were also significantly fewer A1C tests and foot screenings during the pandemic. “I don’t know how to examine the foot over the telephone or internet,” said Holt.

Some individuals preferred in-person visits as it made it easier to engage with their healthcare team. Several people found it more stressful to use telemedicine, demonstrating that we cannot assume the technology will be convenient and comfortable for everyone. Holt noted that telemedicine is less suitable for those who are very young or very old, those with complex health needs, and those that require a physical examination. Holt concluded by explaining that while telemedicine can be used to deliver effective diabetes care, “it cannot replace all in-person consultations.”

Dr. Steven Russell, associate professor of medicine at Harvard Medical School, reviewed the state of automated insulin delivery and hinted at potential smart insulin options in the future. At the start of his talk, Russell acknowledged that there is a severe shortage of endocrinologists in the United States, and most primary care physicians feel uncomfortable managing people with type 1 diabetes who are using an insulin pump.

Hybrid closed-loop systems partially automate insulin dosing, requiring only manual mealtime boluses and occasional correction boluses. He went into detail about the Beta Bionics iLet Bionic Pancreas and how it improved time in range and lowered A1C levels. He also cited a study that showed how an AID system featuring automatic microdosing of glucagon may prevent or reduce severe hypoglycemia. Russell called for larger and longer studies on these bi-hormonal (insulin and glucagon) systems.

He concluded his talk by briefly discussing smart insulins – or an insulin that is activated when blood glucose rises and deactivates if glucose levels go below 50. This smart insulin would be “already where it is needed, it just needs to be activated or deactivated.”

Russell noted that “although we are not quite there yet with smart insulin, we are getting closer.”