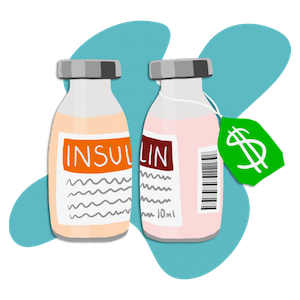 Civica, a nonprofit pharmaceutical company, announced plans to make generic insulin available for $30 per vial or $55 for five prefilled pens, regardless of insurance status.

On the heels of President Joe Biden’s State of the Union address, which tackled the topic of insulin affordability and insulin price caps, Civica Inc. – a nonprofit pharmaceutical company – announced plans to make generic, low-cost insulin for anyone, regardless of insurance status.

The plans call for three different insulins to be produced as a part of this effort – glargine (long-acting), lispro (rapid-acting), and aspart (rapid-acting), which are similar to, and interchangeable with, Lantus, Humalog, and Novolog, respectively. The insulins should be available as both vials and prefilled pens.

The insulins are intended to have a recommended price for users of no more than $30 per vial or $55 for a box of five pen cartridges. The cost is expected to be significantly less than prices charged to uninsured individuals (when based on the publicly available current lowest price for Lantus ($194.82), Humalog ($43.43), and Novolog ($58.83) on GoodRx).

“Diabetes is arguably America’s most expensive chronic condition, and it is heartbreaking that millions of people are rationing their care and putting their lives at risk because they can no longer afford insulin,” said Dan Liljenquist, Board Chair of Civica and the innovator behind Civica’s non-profit business model, in Civica’s press release.

In line with that, Civica announced it is collaborating on this effort with groups from all across the diabetes industry, including nonprofits like Beyond Type 1 and JDRF, as well as philanthropic foundations, insurance companies, and health care groups. These organizations from the diabetes and healthcare ecosystem have made investments into the newly developed project by Civica to help fund its start-up costs.

“Having Civica’s biosimilar insulins available at $30 per vial will help those who struggle to afford insulin, including those who have no insurance or who have high-deductible health plans,” Dr. Aaron Kowalski, JDRF CEO, told diaTribe.

As Kowalski pointed out, current legislation like Build Back Better and the Affordable Insulin Now Act do not necessarily lower insulin prices for the uninsured.

“That’s why the Civica effort is so important – it would lower the cost of insulin for both the insured and uninsured,” he said. “We are committed to working with both parties in Congress, the Biden Administration, as well as allies like those involved in the Civica project to ensure everyone has access to affordable insulin.”

George Huntley, the CEO of the Diabetes Patient Advocacy Coalition (DPAC) and the Diabetes Leadership Council (DLC), expressed his excitement around both Biden’s State of the Union address and the announcement from Civica – noting that multiple different efforts are working to lower the cost of insulin for anyone, regardless of insurance status.

“If they [Civica] succeed, it will solve even the uninsured exposure,” he said. “Many good conversations are going on right now on insulin pricing. Hopefully something actually gets done."

Though there has been a lot of excitement around this announcement, there are many hurdles to overcome before these insulin becomes available. Civica still needs to manufacture the insulins, test them in clinical trials, and go through the FDA approval process.

According to Civica’s press release, “Contingent on FDA approval, Civica anticipates that the first insulin (glargine) will be available for purchase as soon as early 2024.”

Visit our resources to learn more about affording treatment and accessing diabetes medications and supplies.