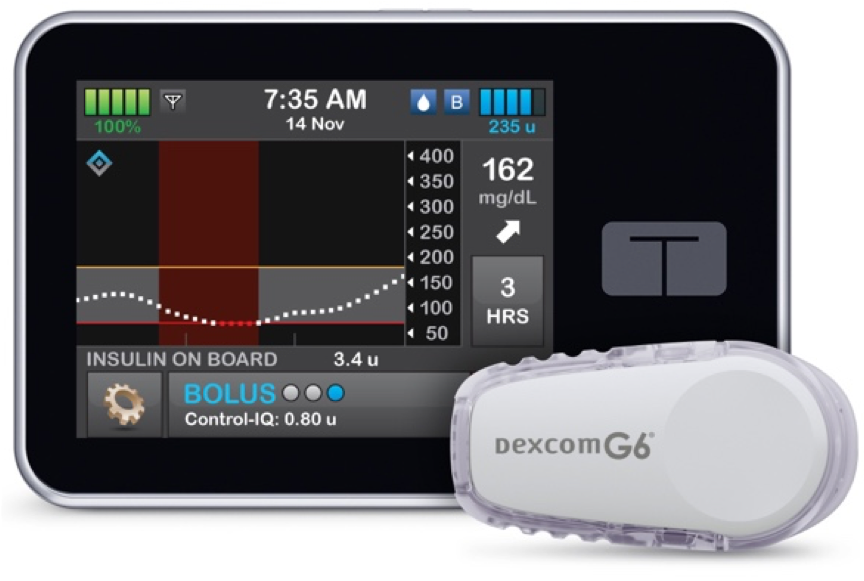 Control-IQ the first AID system with automatic correction boluses and no fingersticks CGM (Dexcom G6); cleared for those ages 14 and older; launch in January 2020

Editor's note: this piece was updated on 1/16/20 with the launch of Control-IQ

The FDA and Tandem announced that Control-IQ – an automated insulin delivery (AID) system – is cleared in the United States. Control-IQ combines the t:slim X2 insulin pump, the Dexcom G6 CGM, and an algorithm built into the pump that adjusts basal insulin delivery and gives automatic correction boluses.

Tandem officially announced the launch of the hybrid closed loop system in January 2020. New t:slim X2 pumps with Control-IQ are “now shipping” to new customers, while “emails are being sent out in batches” to all current in-warranty t:slim X2 users. For current t:slim X2 users, Control-IQ will be a free software upgrade that can be done at home, but will require a new prescription and completion of online training, similar to the update process when Basal-IQ launched. Tandem’s emails to current users will provide access to an “online portal” where users can request a new prescription and complete their online training – for context, the training for Basal-IQ took about 45-minutes to complete.

Want to see examples of the pump screen? Tandem updated its t:simulator app (App Store; Google Play) and website with Control-IQ. The t:simulator app allows users to look at Control-IQ on a simulated pump screen on their phone. Photos of the screen can also be seen at the bottom of this article.

With Control-IQ, the time-in-range benefits existed for every level of starting A1C – a positive sign that Control-IQ can help those already at a low A1C and those with higher A1C. Remarkably, all 168 participants completed the study, and Control-IQ users spent 92% of the six months with closed loop active. In the study questionnaire, people scored Control-IQ: 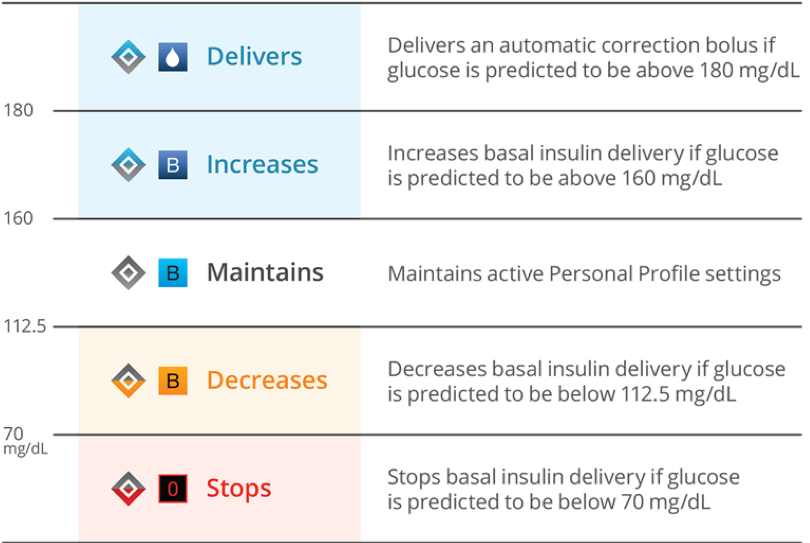 Control-IQ uses the TypeZero/Dexcom hybrid closed loop algorithm, which still requires all the normal pump settings (basal profile, insulin-to-carb ratio, insulin sensitivity factor). The system aims to keep users between 70-180 mg/dl as much as possible, using a combination of strategies. When the predicted CGM value in 30 minutes is:

Users are still expected to bolus for meals. The automated correction boluses occur when predicted CGM values in 30 minutes are above 180 mg/dl, a maximum of once per hour during the day; Control-IQ will give about 60% of a full correction bolus with a target of 110 mg/dl. These boluses occur on top of the automatic basal rate. 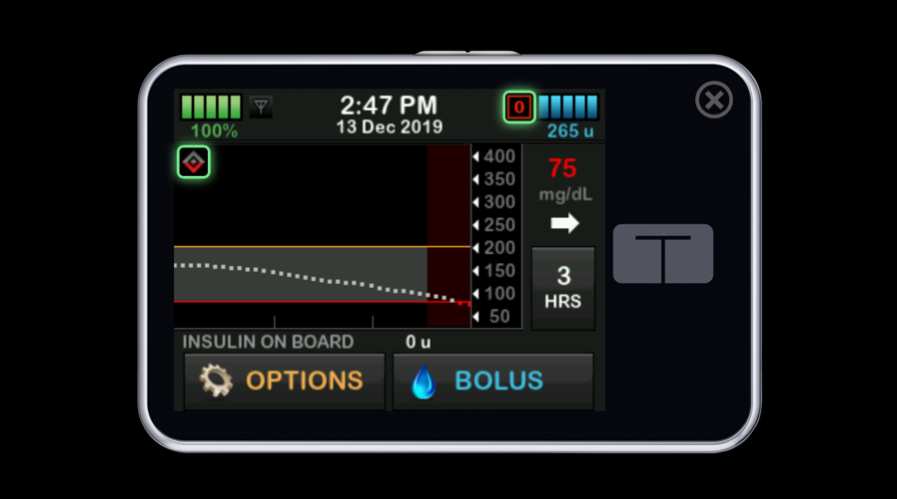 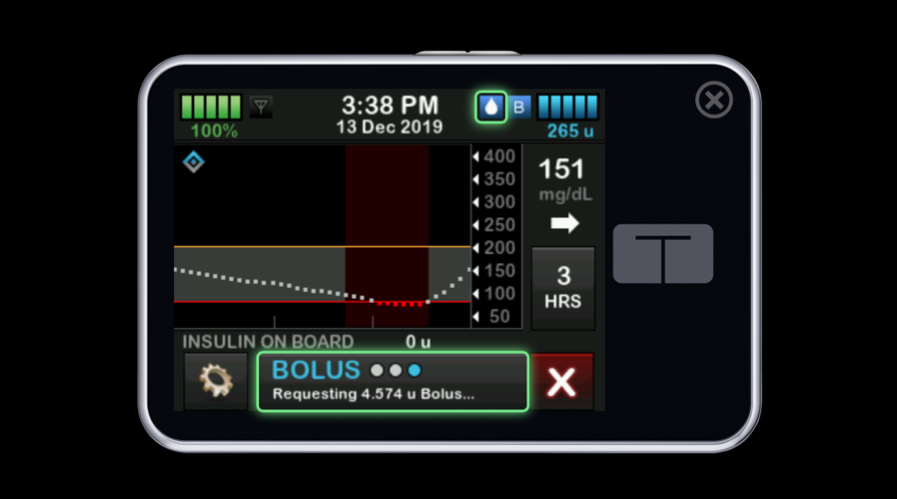