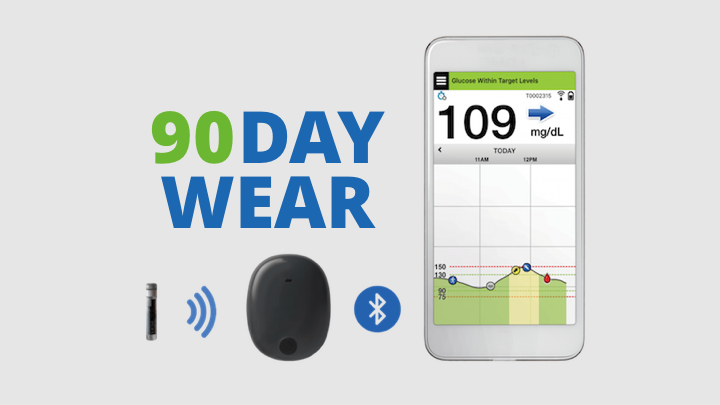 A positive 8-0 vote at the FDA paves the way for first implanted CGM to come to the US; read what patient advocates and healthcare providers like about Eversense!

On March 29, an advisory panel recommended that the US Food & Drug Administration (FDA) should approve Senseonics’s Eversense 90-day implantable continuous glucose monitoring system (CGM), on-body transmitter, and mobile app. The panel unanimously voted 8-0 that Eversense is safe, effective, and has benefits that outweigh any associated risks. This advisory panel vote makes it likely that the FDA will ultimately approve Eversense, bringing a new CGM option to the US. Senseonics has previously said that Eversense could be available in the US in the middle of 2018; the actual timing will depend on when the FDA approves it.

What is truly novel about Eversense is the glucose sensor, which is the size of a small pill and stays implanted under the skin for 90 days. This long wear time minimizes the frequent through-the-skin needle insertions required with current CGMs, which are typically replaced every 7-14 days (Abbott, Dexcom, Medtronic). Eversense is implanted under the skin of a user’s upper arm in a five-minute procedure that can be done in a typical doctor’s office.

Like other CGMs (see here for background on this technology), Eversense offers a real-time glucose value, a glucose trend arrow, and a lookback on recent readings. A slim rechargeable transmitter is worn on top of the skin (directly over the sensor), which provides power to the sensor (wirelessly) and relays the glucose data to a smartphone app every five minutes. The sensor requires two fingerstick calibrations per day – notably, both the Dexcom G6 and Abbott’s FreeStyle Libre do not require fingerstick calibrations. Though it is highly accurate, Senseonics is not seeking approval at this time to allow users to dose insulin based on CGM sensor readings.

Eversense has been available in Europe since 2016, and Senseonics recently launched an extended length 180-day version. Initially, the US version will be 90 days. The company hopes to start a major study of 180-day version in the US this summer.

To learn more about Eversense and what was said at the recent FDA advisory panel meeting, read on, or click to jump to one of the sections below.

What are people saying about the Eversense?

At the “Open Public Hearing” section of the FDA meeting, nearly 20 individuals commented on Eversense, with all but one of them arguing strongly in favor of its approval. The speakers included health professionals, patient-advocates, participants in Eversense research studies, and more. Some of the key points they made included: 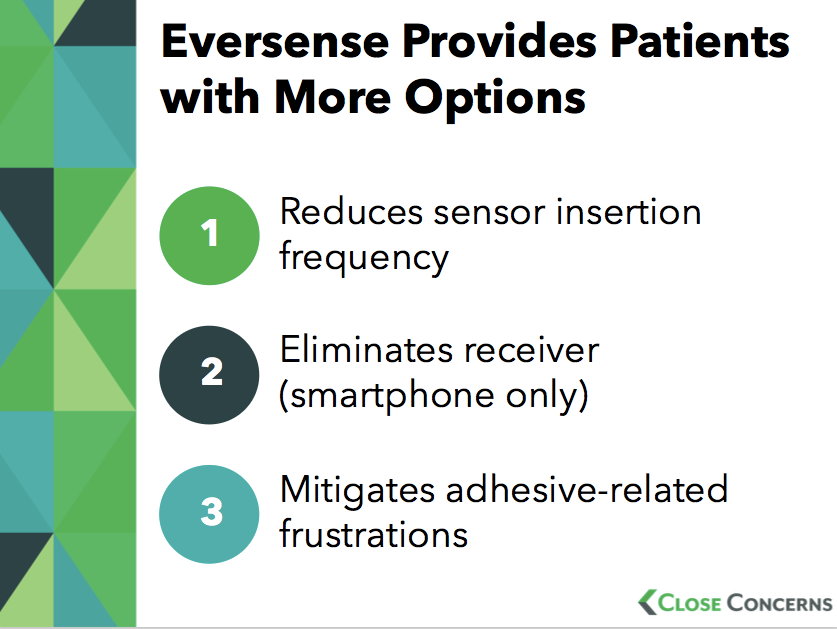 What did the advisory panel vote mean?

When the FDA is considering approving a new sort of device, it sometimes calls together an Advisory Committee Meeting that seeks input on the approval. The same was true in July 2016, when Dexcom sought the first approval for CGM to be used for dosing insulin.

In this case, the eight-person advisory panel voted on three topics related to the Eversense: 1) Safety, 2) Efficacy, and 3) The ratio of benefits to risks. On all three, the panel unanimously voted 8-0 in favor of Eversense, a resounding endorsement that the device is safe, effective, and beneficial. While this does not guarantee that Eversense will be approved – or when it might happen – it is definitely a positive sign.

If approved in the US, the Eversense will: