Could There Be a Vaccine for Type 1 Diabetes? 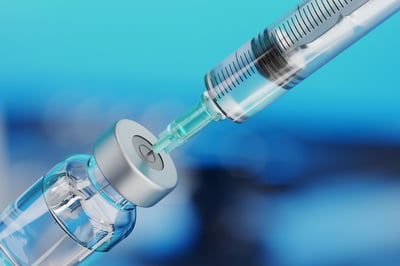 In the search for new and innovative ways to treat type 1 diabetes, researchers have looked to develop therapies that protect or improve the body’s ability to produce its own insulin. Learn about the basics of a vaccine currently in development and how it could potentially slow or halt the progression of type 1 diabetes.

For decades, type 1 diabetes treatment has focused on treating the condition, mainly with insulin. In recent years, however, therapies that target the immune system (immunotherapies) have gained more and more traction in their potential to delay or prevent type 1.

You may have heard about a new drug called teplizumab, which has gained much excitement due to its potential to target the immune system and delay a diagnosis of type 1 diabetes for two years or more. A vaccine known as Diamyd, while not as far along in development as teplizumab, also holds promise as a potential immunotherapy for type 1.

As a reminder, type 1 diabetes is a condition where the body’s own immune system attacks and destroys the cells in the pancreas that produce insulin, known as beta cells. This occurs because of something called an auto-antibody. Antibodies are part of your immune system, and their purpose is to identify and neutralize bacteria and viruses. Auto-antibodies, however, mistakenly target one or more of your body’s own proteins, which may damage tissues and organs. One auto-antibody typically found in people with type 1 diabetes targets a type of protein known as GAD-65.

The destruction of the beta cells progresses at different speeds, depending on each individual. However, by the time type 1 diabetes is usually diagnosed, approximately 80% of beta cells have been destroyed. This damage continues until the person becomes completely dependent on insulin injections.

But what if a vaccine could stop this auto-immune destruction before it even occurs? Enter Diamyd Medical, a Swedish biotechnology company taking a unique approach in developing a type 1 vaccine, Diamyd.

Because GAD-65 is found in the beta cells of the pancreas, auto-antibodies against GAD-65 recognize the protein and damage the beta cells. “What we want to do is re-program the immune system, specifically how it reacts to GAD-65. It’s like a reverse, or therapeutic, vaccine,” said Ulf Hannelius, CEO of Diamyd Medical. “The objective is to change the pro-inflammatory, autoimmune reaction to GAD-65, and to skew that to an anti-inflammatory reaction.”

Researchers at Diamyd are currently taking the approach of injecting a small amount of the GAD-65 protein into a lymph node several times during the study. (Lymph nodes are small, bean-shaped structures throughout the body that contain some of the body’s immune cells.)

The hope is that these immune cells will travel to the pancreas, encounter a beta cell with GAD-65, and instead of destroying the beta cells, work to reduce the attack and preserve them.

Where we are today

Over the past two decades, several obstacles have emerged, including a trial that failed to demonstrate the vaccine’s effectiveness that was suspended in 2011. Since that time, however, the company has made several changes. According to Hannelius, the company has changed the way that the vaccine is administered (directly into the lymph nodes instead of under the skin), and is now recruiting participants from a slightly broader age range (12-29 years) than before.

“We haven’t made any actual change to the drug or formulation, but we now administer the vaccine directly to the lymph nodes, the site where the immune reaction happens, with a much smaller dose,” said Hannelius. “Even with the smaller dose, we are now seeing a much stronger immune response compared to when we injected [just under the skin].”

Additionally, the company now screens for the presence of a particular gene associated with a high risk for type 1 diabetes. According to Hannelius, this gene is found in up to 40% of people with type 1, with this sub-group showing a particularly positive response in clinical trials.

In the past two years, data has been promising. In 2021, the company published results from its phase 2b trial, DIAGNODE-2. This study, which included 109 study participants ages 12-24, showed that the vaccine improved glucose management, as measured by Time in Range, in recently diagnosed study participants throughout the 15-months of the study, compared to the placebo group.

On July 7, Diamyd announced results from a 14-person safety study with promising results in people diagnosed with latent autoimmune diabetes in adults (or LADA). LADA, like type 1, is a form of autoimmune diabetes, but the attack on beta cells takes longer, with the diagnosis usually occurring in adults. The complete study results will be presented at the European Association for the Study of Diabetes (EASD) 2022 annual conference in Stockholm, Sweden in September, which diaTribe will be attending on-site.

Diamyd is now starting a new phase III trial called DIAGNODE-3. On May 19, Diamyd announced that the trial enrolled its first participant. The trial is currently enrolling at 20 clinics across several European countries including Sweden, Spain, Germany, the Netherlands, Poland, and Czechia. Researchers hope to include 330 participants in total.

While the trial has been on a partial clinical hold in the U.S. since October 2021, Hannelius mentioned that the company is working hard to address the FDA’s concerns. He hopes that the FDA will be able to lift the clinical hold in time for Diamyd to offer the trial to US clinics and patients.

In general, Diamyd represents another effort to find an immunotherapy that could potentially delay or prevent type 1 diabetes, and prevent complications in the future. Researchers continue to work towards new and innovative ways to treat type 1 diabetes, and the Diamyd vaccine might eventually become a treatment option that, unlike insulin, combats the immune response that leads to type 1 diabetes.

To find out more about the DIAGNODE-3 trial, participating European locations, and eligibility, read the clinical trial page or contact [email protected] for more information.

To find out more about immunotherapies for type 1 diabetes, read these articles: