Finding the Right Tech for Me 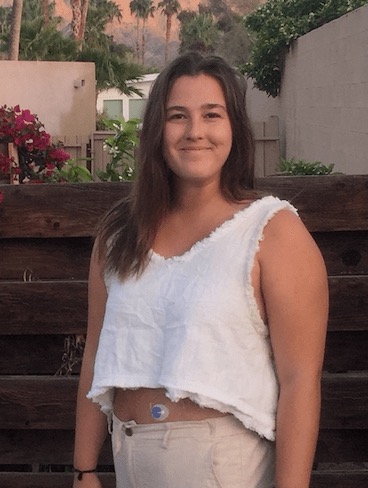 Justine Szafran embarked on a decade long journey to search for diabetes technology that would deliver her insulin and track her glucose – devices that could give her the information she wanted and the simplicity she was craving.

Diabetes produces a rollercoaster of emotions. Over the past 12 years, I think I’ve come to realize just how mentally taxing this process of trial and error can really be when trying to find the right combination of technology, be it an app, a blood glucose meter, a continuous glucose monitoring system (CGM), insulin pens, an insulin pump, or something else.

When my glucose levels are in control, I’m on top of the world. When they’re not, it can feel like my sense of control is disappearing. I’ve broken down in tears seeing yet another sensor error, a lost connection, or a tubing blockage – especially when I have multiple problems a week.

I’m sure I’m not alone in feeling like my diabetes is emotionally intertwined with all other aspects of my life. I’m grateful for all the advancements that modern technology has brought to improve my quality of life. When I think about the way things used to be only a generation ago, the progress is awe-inspiring.

However, there are real challenges with how diabetes technology interacts with our lives. This is my story, and for those of you at crossroads or those who are deciding what to try next, I hope this helps in some way. Everyone must find what works best for them, and my preferences may not be the ones that work for you. Please work with your healthcare team when deciding which technologies may be best for your health.

When I was first diagnosed with type 1 diabetes in 2008 at the age of 11, I used syringe injections for my insulin and fingerstick blood tests to check my blood sugar. Each time I needed insulin, either one of my parents or I would have to draw up the insulin by hand, remove the bubbles inside the syringe, and take the time to carefully draw the exact, precise amount.

At the time, my doctors assured me that promising, cutting-edge solutions to diabetes management were on the way. I heard about exciting developments in biotechnology – a smart insulin that I’d only need to give myself weekly or an artificial pancreas that would soon be available.

Such groundbreaking advances have been slow to appear. Many promising new technologies either fail in testing, can’t secure funding, or get held up by regulators. Even when new devices do hit the market, it’s often unclear whether insurance companies will cover the cost.

After a year or so of fingersticks and manual insulin injections, I was ready for a change. As a kid, using syringes in public made me uncomfortable – there was nothing cool or snazzy about whipping out a needle and drawing up a shot the same ways doctors prepared vaccines. I felt self-conscious about being stared at in public, not to mention the difficulty of preparing the shot correctly.

So next came the insulin pen. With this new method, I could discretely screw on a needle tip and give myself a shot in a more seamless way. At the time, I used Lantus (a long-acting insulin) in the morning and Novolog (a rapid-acting mealtime insulin) throughout the day. Using an insulin pen worked well for a while, but within another year I was itching to give insulin pumps a try.

A pump sounded nice – here was finally a device that meant I’d never have to give myself a shot again!

But it wasn’t really that simple.

I started with the Animas pump in 2010 [this pump is no longer available]. As a kid, it was nice to have the added precision of dosing my insulin in 0.05 unit increments using this pump, plus it could automatically calculate a bolus dose amount based off of a carb total I entered. The pump allowed me to bolus over time and increase and decrease my basal rate (the sustained drip of Novolog I got throughout the day).

My doctors were excited to see how my A1C would respond to a more precise and targeted approach. Plus, if an artificial pancreas were to become available, I’d need to be comfortable using a pump. I liked the Animas pump because I could still remove the pump with ease when I played sports. For someone who had only ever manually injected insulin, the advanced features were exciting and I stuck with it. Being an active teenager with a very regimented lifestyle and high levels of hormones meant using a pump like Animas offered a lot of advantages.

Around the same time I started using my Animas pump, I also began using a continuous glucose monitor (CGM). I started with the Dexcom Seven Plus [this CGM is no longer available] and enjoyed not having to monitor my glucose levels manually with fingerstick tests. Having a CGM also meant that I had a wealth of information to make decisions around my insulin needs and understand how I was doing with my diabetes management. Especially overnight, I found that my Dexcom was invaluable.

Dexcom announced a partnership with Animas back in 2008, so the potential to integrate my two devices was a big reason I chose them when picking a pump and CGM. But one of the most frustrating things I have found about diabetes tech through the years has been the false hopes that companies provide. For example, what ever happened to this partnership? I certainly don’t know, and people with diabetes are constantly being left in the dark. In the end, after many years, Animas went out of business, and that was the end of that.

My longing for high-quality, seamless, user-friendly diabetes devices has left me disappointed. With my Animas pump discontinued, I then switched to Omnipod’s much sleeker option. No tubing! Remote controlled!

However, I ran into some problems. I worked summers as a sailing instructor, and long days in the sun caused the insulin inside the Omnipod to get too hot and the device would stop working. Even in the cooler months, I experienced a number of failed sites. These issues, including cooked insulin and losing track of the personal diabetes manager (PDM), which controlled the pod, were enough reasons for me to stop using Omnipod after three years.

Around this time in 2016, the MiniMed 670G hybrid closed-loop system was approved. It combined its own CGM and insulin pump systems, linking them with an algorithm that automated basal insulin delivery. I was ready to give it a try.

The promise of not having to manage all my diabetes on my own by having certain aspects of it automated sounded too good to be true. And in reality, it was.

I desperately wanted it to work. However, because of its semi-automated features, the system had checks – which often meant I’d find myself being woken up multiple times throughout the night to calibrate the pump just for it to continue functioning. I struggled through using the system for about a year, but eventually I just couldn’t deal with the constant micro-managing it required to work properly. I felt as though I was better off just making calls on my own about when to give extra or scale back insulin at that point. 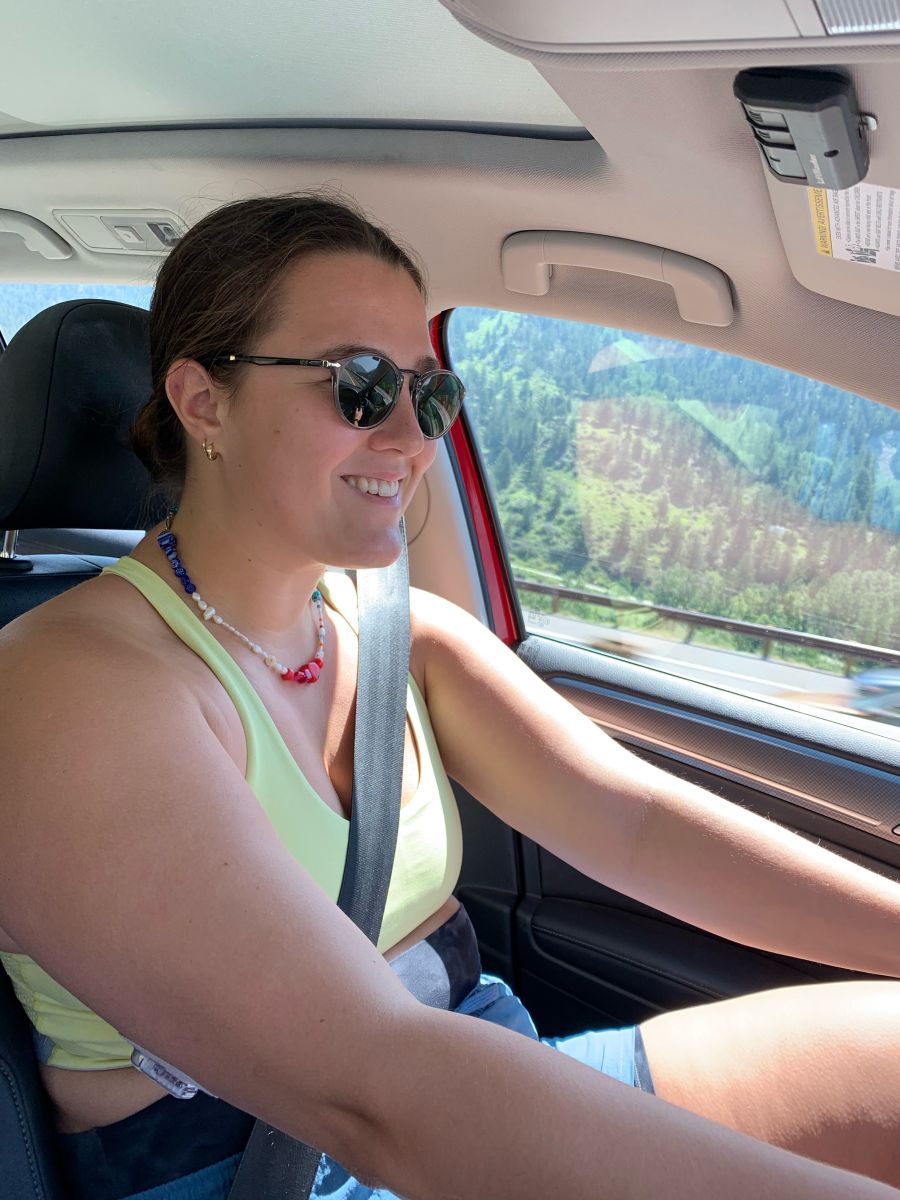 I used the MiniMed 670G insulin pump with the closed loop feature turned off and returned to a Dexcom CGM again (this time the G6). Finally, I found a CGM that I really loved. I can’t say enough good things about the Dexcom G6, it has truly changed my life.

At this point I had diabetes for 11 years and was fed up with all the promises about the latest and greatest in diabetes tech – even though some of these devices helped me, such as the G6 CGM. It felt as though each new flashy add-on came with a new challenge as well. I found myself at my endocrinologist’s office questioning recommendations for new test kits, smart pens, and smart anything that was newly available. No longer excited to try new things, all I could think of was how these devices would make my life harder.

I finally had enough with my almost-closed-loop Medtronic pump and decided I wanted to go back to my simple insulin pen. This was about a year ago, and I’ve been thrilled with this decision ever since.

These days I go back and forth between a Bluetooth and a low-tech manual pen. The Bluetooth pen from Novo Nordisk allows me to see the insulin I’ve taken throughout the day and can even tell me what insulin I may have still active in my system at any given time. This helps me with my dosing calculations throughout the day.

I still like the non-Bluetooth version better, though, because the Bluetooth features do not always work. I often have problems related to the integration with my CGM; there are often calculation lags and issues showing insulin on board. I have hope that these kinds of bugs will be fixed, but for now I’m pretty content to keep track of how much insulin I gave myself, how long ago it was, and comparing it to my glucose levels at any given time. Plus, my Dexcom G6 allows me to monitor my glucose closely and make micro-adjustments accordingly.

My personal experience with long-acting insulin has also improved significantly when I switched from Lantus to Tresiba. This meant that by the end of my time using a pump, my basal rates were consistent throughout the day, which helped me feel confident enough to make the jump away from an insulin pump.

I don’t think I’d be able to handle such a low-tech way of dosing my insulin without the immense amount of information I get from my CGM. The G6 requires no calibrations except in rare circumstances, and I love the control it gives me throughout the day. If I see I’m rising unexpectedly, it’s easy to bring my glucose back down with a small dose of insulin.

Plus, I appreciate not having to carry around so many devices. For my normal day-to-day activities, I carry my phone (which gives me all my glucose readings) and a short-acting Novolog pen with plenty of pen tips. These two devices are all I need, and I’m all set.

Everyone’s journey with diabetes devices is different. The main advice I’d give to those still figuring out the right combination: don’t wait for things to get better. If you are using a system that isn’t serving your needs (and your insurance will allow it), switch sooner rather than later!

The peace of mind I found by simplifying my diabetes management has helped me approach life in a healthy and balanced way. While I know that many people have found success using these more advanced devices to manage their glucose levels, a simple approach has worked best for me.

For more information on diabetes technology, you can check out some of diaTribe’s resources:

Staying in Range to Keep Your Heart Healthy
11/8/21