Time in Range and the Path to Remission 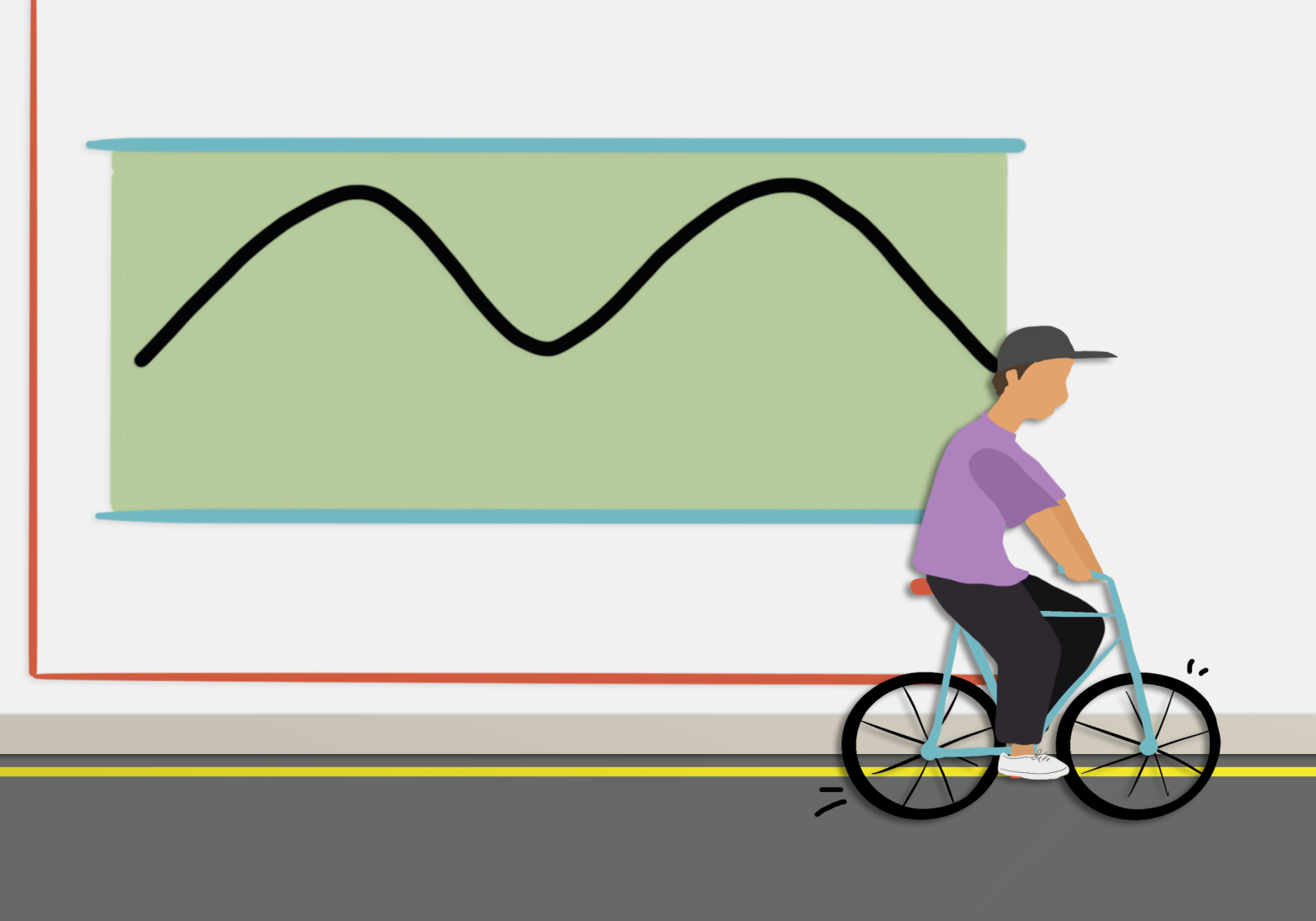 Time in Range, or TIR, is quickly becoming a metric everyone is talking about in diabetes. Whether you’re a TIR expert, or you just learned about this new metric, learn how Michael Hattori used this helpful measurement to help him achieve type 2 diabetes remission.

Though your A1C measurements can provide invaluable information,A1C has some serious limitations.

For example, let’s pretend we have two people, Bob and Sally, who are both excited because their A1Cs have dropped significantly to 6.8% (much lower than they were at diagnosis). Bob wears a continuous glucose monitor (CGM), so he was able to see his glucose values 24 hours a day, and he used that to his advantage. Sally, however, is still doing fingersticks three to four times a day. And what she doesn’t know is the main reason her A1C dropped is because she’s having frequent lows while she’s sleeping, and there are no warning signs that wake her up. If she had the advantage of continuous monitoring,  she could have been warned about her hypoglycemia with an alert and been able to avoid it.

So, how is Bob managing so well? Here’s where Time in Range (TIR) and CGM come into play.

One of the most useful aspects of TIR is that it gives you real time feedback about how your insulin and other medications, as well as your exercise, diet, or other lifestyle factors, affect your glucose levels, as opposed to waiting 3 months for a new A1C.

When I was first diagnosed with type 2 diabetes in 2019, I went on a mission to put myself into remission without the use of medications. Experts define remission as achieving an A1C of 6.5% or lower for at least three months without the use of any glucose-lowering drugs, including metformin.

At diagnosis, my fasting glucose was 305 mg/dl, and my A1C was 10.5%. My doctor wanted me on insulin, or metformin at the very least, but because it was so early in the game (my diabetes came on over a period of around six months), I was determined to lower these values drastically with diet and exercise alone.

However, the prospect of having to stick my fingers multiple times a day was a real concern of mine. Like most people, I hate needles, but I also play the piano and do a lot of things with my hands, so I was not looking forward to pricking my fingers.

Then, an RN friend who has diabetes said, “Haven’t you heard of CGMs?” She showed me her Freestyle Libre and explained what an awesome tool it was. I could see immediately this was going to be a game changer; I could have the ability to check my glucose levels 24 hours a day; plus, there were no more fingersticks!

I realized very quickly that by using my TIR and the ambulatory glucose profile (AGP) report, especially my daily 24-hr profiles, I could fine-tune my diet and exercise.

It was like having guard rails that told me when I was getting off track. But even more importantly, my TIR was showing me how much I stayed on track. Relying on A1C alone, for me, was a bit like driving blindfolded – you hope you’re not driving off the road, but you just don’t know for sure whether you are. Even checking your blood sugar six or ten times a day with a blood glucose meter simply doesn’t provide you with even a small fraction of what you get from a CGM.

Using a CGM and seeing your TIR is like having a glucose GPS that tells you exactly where you are at any moment, without any guessing. And different types of CGMs have different benefits. Real-time CGMs like the Dexcom G6, Eversense, and Guardian 3 give you a constant stream of information and arrows and alarms to tell you when you may be going low or high. On the other hand, flash CGMs, like the Freestyle Libre and Freestyle Libre 2 will store all your information. By swiping your phone or reader near the sensor for these CGMs, you can then access the data when you choose. Having all this information, the equivalent of 288 fingersticks a day, in front of me spurred me to action.

With my diet, I realized I could do a “test run” with any food I wanted and see minute by minute exactly how it affected my glucose values, something you can’t get with fingersticks.

For example, I love pasta and wanted to see how much I could eat without really spiking my glucose. So, I ate what I would consider a “normal” portion of pasta. At 45 minutes my glucose spiked way up to 280 mg/dl (I started at 110)! At two hours it was back down to 165 mg/dl. If I had only done a pre-meal and 2-hr post-meal fingerstick, I would have missed that huge spike and been misled into thinking that I was just fine since my 2-hr number was under my target of 180 mg/dl.

Over a period of a couple of months, I was able to really fine tune my diet and see the results of it reflected in my increased TIR on a weekly basis. My diet GPS was working! And it was so satisfying to know that I could accomplish this on my own, and successfully as well.

I also used my CGM and TIR values to my advantage with exercise. I was told in my diabetes education class that even a 15 minute walk after a meal could bring down my glucose significantly.

I was skeptical, but I quickly realized that my CGM could provide me with just as much detail about my exercise as it did about my diet. So, I put it to the test. I set a goal of walking for 15 minutes after each meal, at least five days a week – an initial goal I knew I could easily achieve. It was thrilling to be able to, with a simple swipe of my hand, follow my glucose levels as I was walking. The convenience was key. How many people are going to drag their meter, test strips, and lancets with them and check their blood glucose every five minutes when exercising? I could do this without stopping or missing a beat.

Sure enough, I was seeing a rapid decrease in my glucose, even as I walked. At the end of the week, I looked at my AGP report and was thrilled to see my TIR green bar had increased by 10%. And those results are what encouraged me to start increasing my walks to 25 minutes.

I also learned that adding some resistance exercises could make a difference, so I brought my reader with me to the gym. I know some people are uncomfortable with this; but for me it was just another vital measurement, like heart rate or pulse, and equally as important. And I now teach people every day that diabetes is not something to be ashamed of.

I continued to follow this routine, and in four months, I had dropped 35 pounds, and my A1C went down from 10.5% to 5.4%. A year later, my A1C was still at 5.6%, and I never took any medication. I had achieved remission! And now the challenge would be to stay that way.

Unfortunately, shortly after that because my A1C was so low, my insurance would no longer cover a CGM for me. Honestly, I felt blind without the CGM, and sure enough, in six months my A1C had climbed to 6.2% and my weight was on the rise as well. Fortunately, my new healthcare team was able to get me a new CGM prescription three months ago. If your insurance doesn’t cover CGM, for whatever reason, talk to your healthcare team about other options. For me, it felt like being reunited with an old friend. I had my GPS back, and my A1C has dropped back down to 5.8%!

To find out more about TIR, CGMs, and remission, check out these articles and resources:

This article is part of a series on Time in Range.

Michael Hattori has been a Registered Nurse for 23 years (including 19 years in the Operating Room), and became a Certified Diabetes Care and Education Specialist after being diagnosed with type 2 diabetes in 2019. He has since achieved remission, but still closely follows the AADE 7 Self Care Behaviors to keep on track. He is a huge fan and major advocate of continuous glucose monitoring (CGM) and attributes his remission in large part to CGM.

Michael is an avid chef, photographer, musician, and fiber artist in his free time.

Michael Hattori
Michael Hattori has been a Registered Nurse for 23 years (including 19 years in the Operating Room), and became a Certified Diabetes Care and Education Specialist after being diagnosed with... Read the full bio »
Do you recommend this article?
Yes

Staying in Range to Keep Your Heart Healthy
11/8/21