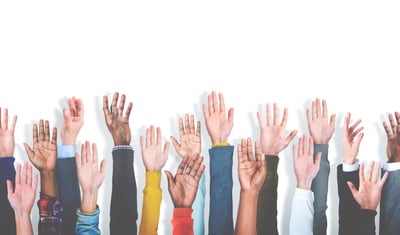 Continuous glucose monitors (CGM) are a valuable tool, allowing people with diabetes to stay informed to make decisions without having to constantly prick their fingers to check their glucose levels. But even with all these benefits of CGM, should everyone have one?

At a symposium at the European Association for the Study of Diabetes 2022 annual meeting, Drs. Maciej Malecki of Jagiellonian University in Poland and J. Hans DeVries of Amsterdam UMC debated whether everyone with diabetes should use a continuous glucose monitor (CGM).

Both Malecki and DeVries also agreed that all people with type 1 and type 2 diabetes on multiple daily doses of insulin (MDI) should use a CGM.

The main reasons people with diabetes tend to prefer CGM is because it can provide feelings of safety, helps people better manage glucose, takes away the discomfort from finger sticks, and it can connect with an insulin pump to form a closed loop system (or artificial pancreas). Read here to learn how you can most benefit from your CGM.

According to Malecki, CGM is a tool for the vast majority of people with type 1 diabetes and type 2 diabetes on intensive insulin therapy, including women with pregestational diabetes.

Malecki presented data that demonstrated the clear benefit that CGM has on people with diabetes – the earlier that one received a CGM after being diagnosed with type 1, the lower their A1C was over time (7.6% after 7 years). Contrastingly, average A1C was highest for those who never used a CGM (9.8% after 7 years).

Malecki further pointed out that CGM is not just a glucose monitoring tool for people with type 1, but also a therapeutic intervention that leads to actual benefits for glucose management and mental health. He presented data showing that a person’s A1C was lower when using a CGM compared to self-monitoring of blood glucose (SMBG), or fingersticks. The CONCEPTT trial also demonstrated that CGM is useful for pregnant women with diabetes: newborns were generally healthier and pregnant women had greater TIR during pregnancy.

Evidence also showed that CGM improved the emotional well-being of adults with type 1 diabetes. Compared to SMBG, using CGM led to less fear of hypoglycemia, improved quality of life, and a larger reduction in A1C. CGM use also led to an additional 7,400 people living without complications and 11,500 fewer deaths compared to SMBG.

DeVries and Malecki pointed to the DIaMonD study to demonstrate how people with type 2 diabetes on multiple daily insulin injections (MDI) can also benefit from CGM. Over the course of the 24-week study, CGM users improved their time in range by 80 minutes per day in-range vs. a 42 minute per day improvement among SMBG users. Additionally, those using CGM lowered their A1C by 0.8%, compared to 0.5% among those using only SMBG.

Who should not have a CGM?

According to DeVries, not everyone needs, or should have, a CGM. Referencing the MOBILE study, DeVries argued that CGM would not benefit people with type 2 who are not on MDI.

In other words, according to DeVries, people with type 2 on basal only and those not on insulin should not use a CGM. The MOBILE study showed that, over time, average fasting glucose levels for basal-only type 2s were similar, regardless of whether or not they were using a CGM. DeVries said perhaps this meant that CGM did not lead to consistent changes in glucose for basal-only type 2s. Additionally, DeVries noted that there was not a significant difference in total daily insulin units between CGM users and BGM users.

“Although CGM can potentially be beneficial for some of these individuals, there is a greater burden when using a CGM compared to a therapy like tirzepatide,” said DeVries. In other words, there are some instances where the negatives of a CGM might outweigh the benefits for someone with type 2.

For example, while tirzepatide is only a once-weekly injection, a CGM (using the example of Dexcom G6) is consistently on someone’s body and comes with sometimes annoying alarms. These “burdens” from using a CGM may not be worth the benefits because, as DeVries explained, tirzepatide could offer greater opportunities than CGM could provide, leading to a lower A1C and greater weight loss.

Ultimately, the majority of people do not need a CGM; there are better alternatives, concluded DeVries.

Whether or not you want or need a CGM, you should know how this tool provides useful data for diabetes management. Read here to learn what CGM can do for you.